A development tool for creating and managing system tests in Ruby on Rails >= 5.1 applications

This gem is used only in development and is a mountable rails engine that creates JSON endpoints for a chrome extension.

Add this line to your application's Gemfile:

And then install and run the migrations:

Mount the engine in config/routes.rb:

Start your dev server and you are good to go. 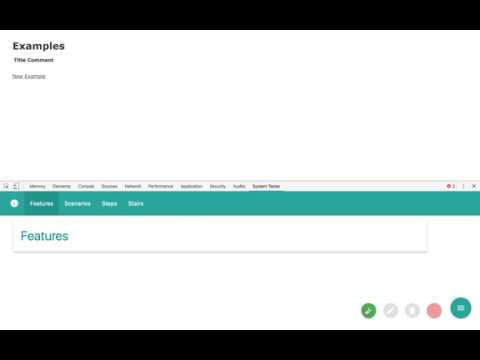 The chrome extension provides a Devtools tab and acts as a client to this gem.

System Tester is designed to work with a chrome extension, but could potentially be used for other applications as well. Run rails routes to see what endpoints are provided. The following design was set in place for the easy of reusing testing steps:

The gem is available as open source under the terms of the MIT License.