Myra is UI Library for MonoGame, FNA and Stride.

If you would like to see Myra in action, download the binary release(Myra.v.v.v.v.zip from the latest release at Releases), unpack it and run samples(should be runnable on Linux too through Mono).

Use following resources if you need help with Myra or have other questions: 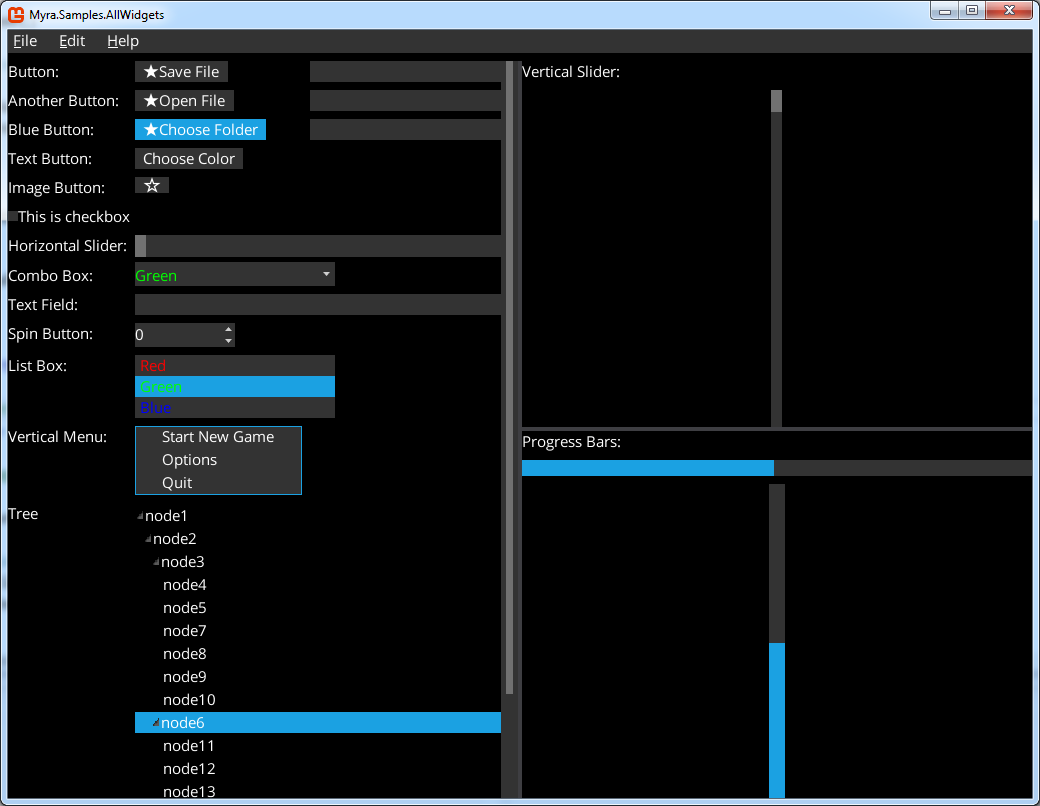 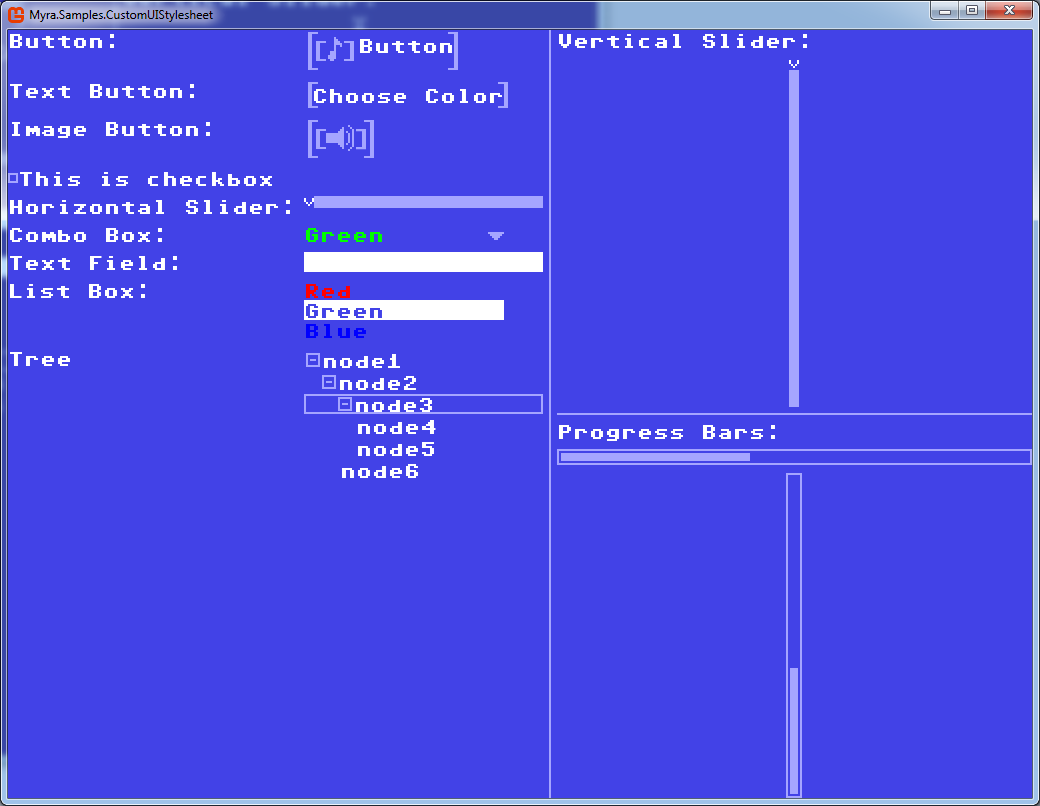 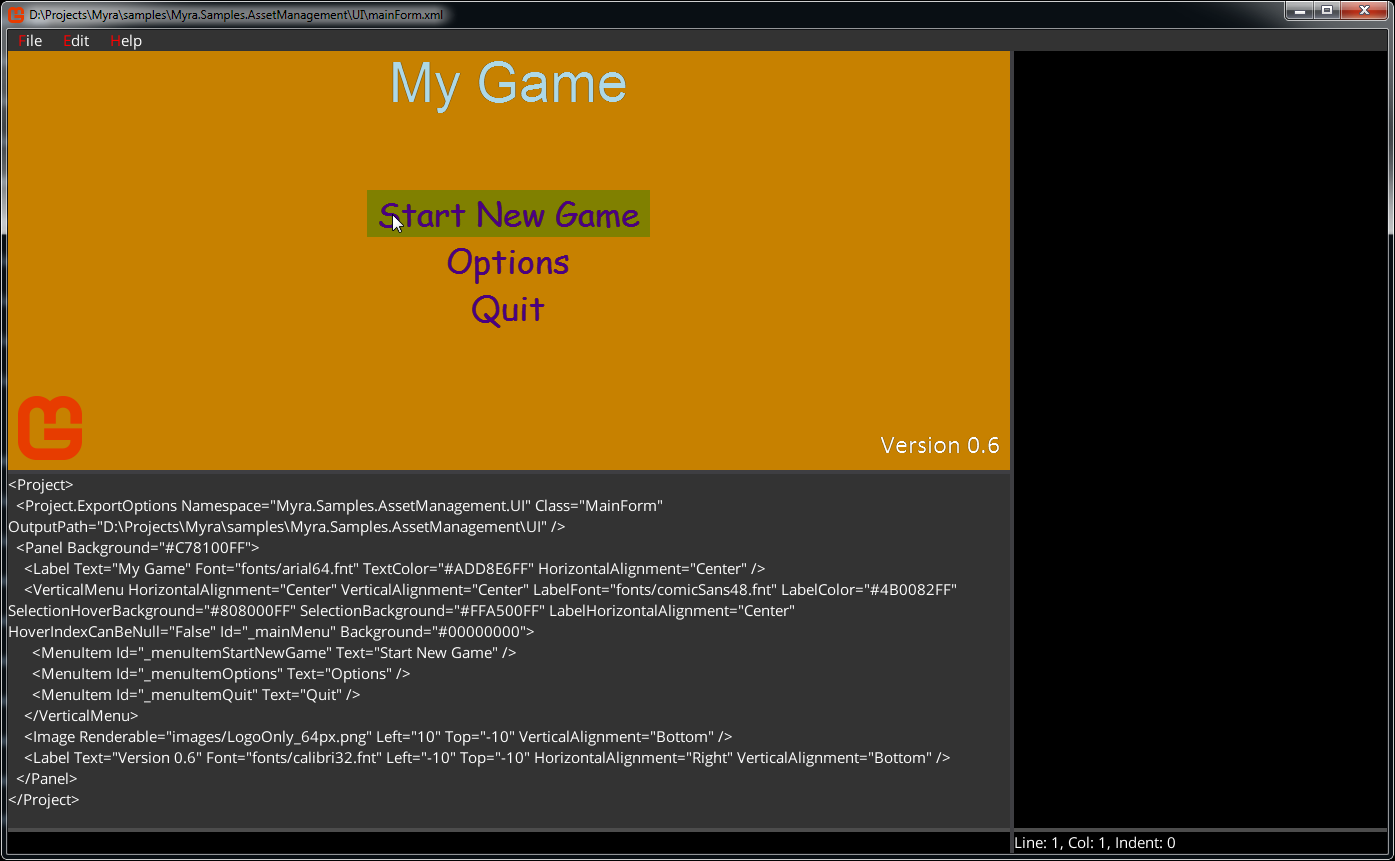