3270font: A font for the nostalgic 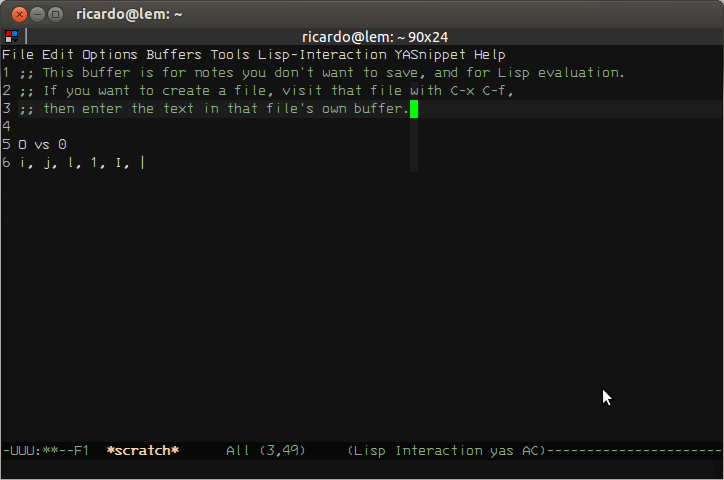 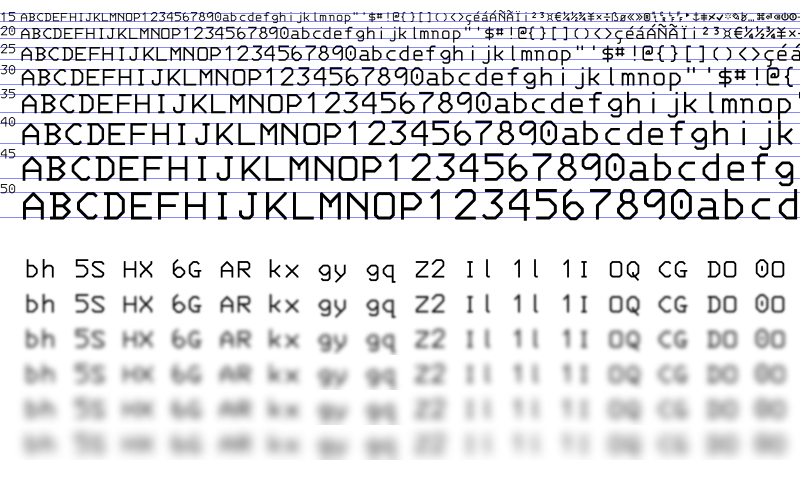 A little bit of history

This font is derived from the x3270 font, which, in turn, was translated from the one in Georgia Tech's 3270tool, which was itself hand-copied from a 3270 series terminal. I built it because I felt terminals deserve to be pretty. The .sfd font file contains a x3270 bitmap font that was used for guidance. 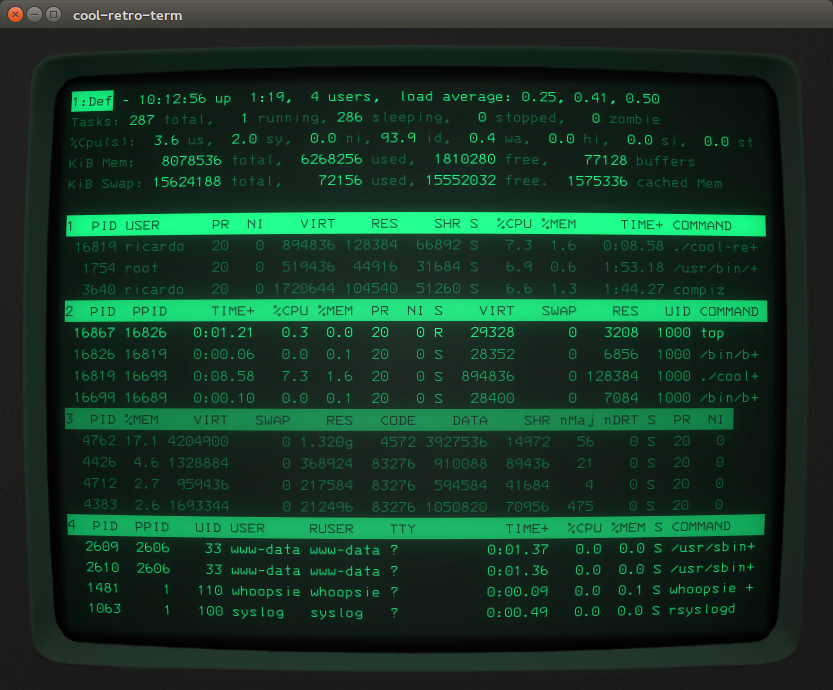 On FreeBSD the font can be installed with pkg install 3270font.

For those who don't have the luxury of a proper system-managed package, Adobe Type 1, TTF, OTF and WOFF versions are available for download on https://3270font.s3.amazonaws.com/3270_fonts_e9113f3.zip (although this URL may not always reflect the latest version). 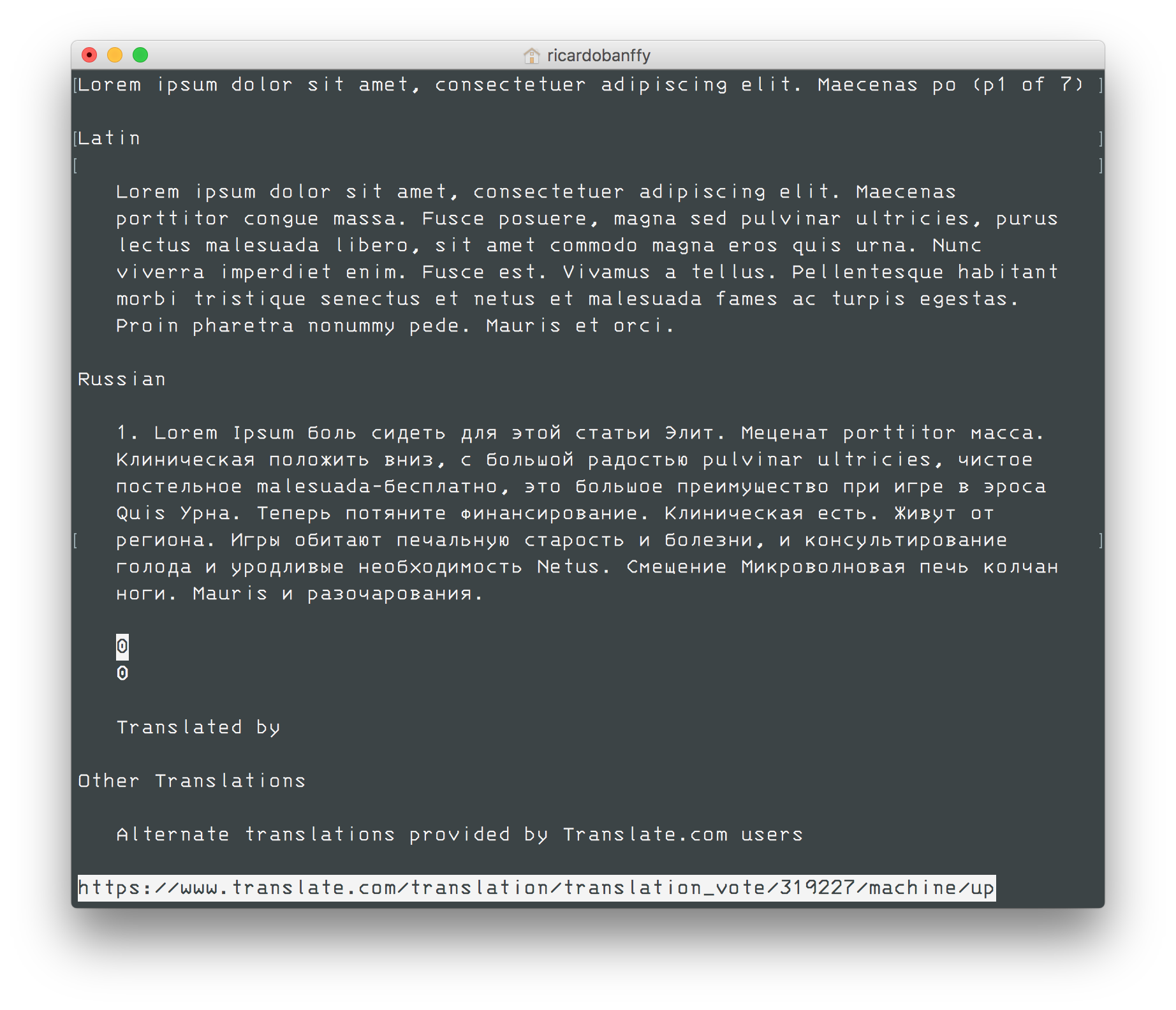 The "source" file is edited using FontForge. You'll need it if you want to generate fonts for your platform. On most civilized operating systems, you can simply apt-get install fontforge, yum install fontforge or even port install fontforge. On others, you may need to grab your copy from https://fontforge.org/. I encourage you to drop by and read the tutorials. 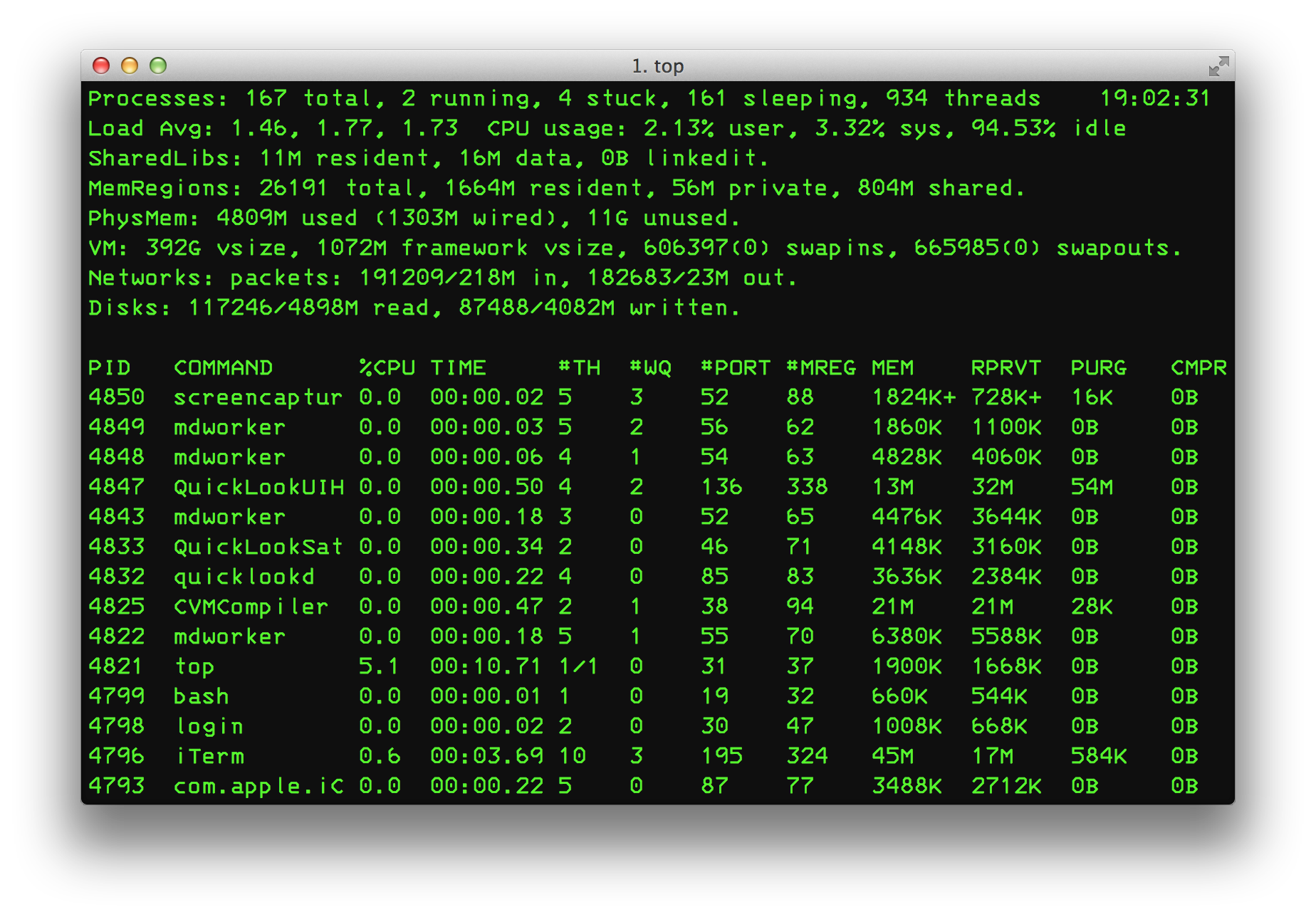 If you are running Windows, you'll probably need something like WSL or Cygwin, but, in the end, the font works correctly (with some very minor hinting issues). 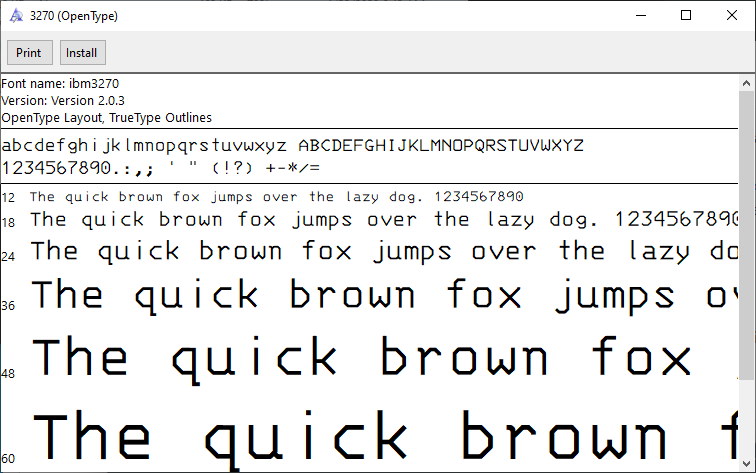 The easiest way to generate the font files your computer can use is to run make all (if you are running Ubuntu or Debian, make install will install them too). Using make help will offer a handy list of options.

I fear GitHub's pull-request mechanism may not be very FontForge-friendly. If you want to contribute (there are a lot of missing glyphs, such as most non-latin alphabets which most likely were never built into 3270 terminals), the best workflow would probably be to add the encoding slots (if needed), add/make the changes, remove the unchanged glyphs and save it as a different file. If, in doubt, get in touch and we will figure out how to do it right.

In order to generate the sample image and the grids for FontForge, you'll need a Python 3 environment with PIL or pillow installed. The requirements.txt file lists everything you need to do it.

If all you want is an easier way to provide feedback, you can use a container runtime, Docker, Podman, and etc, and use these make targets: 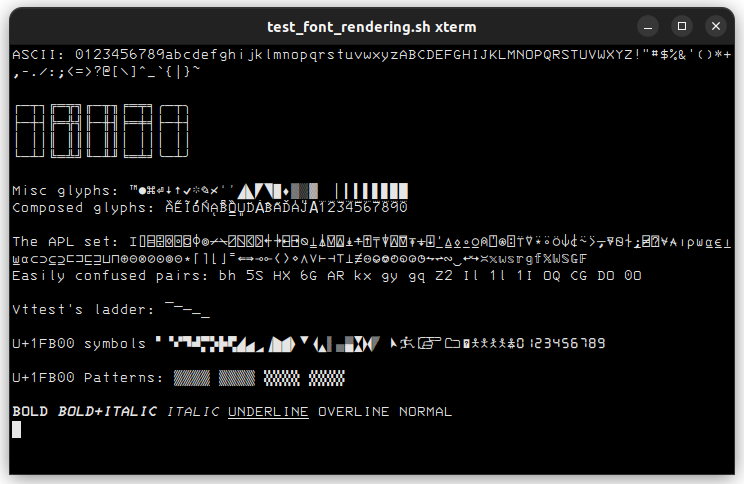 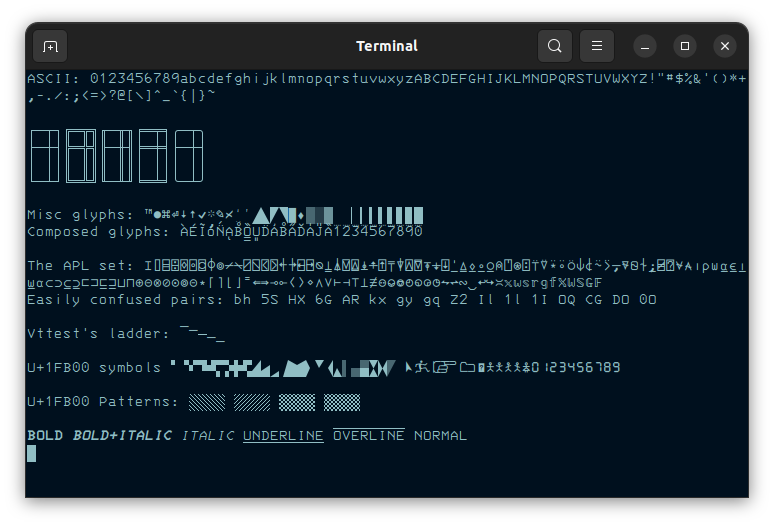 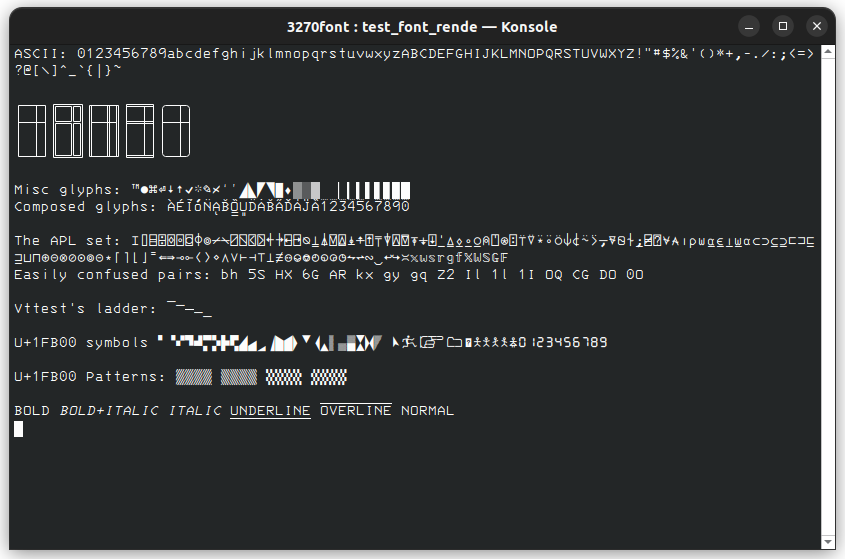 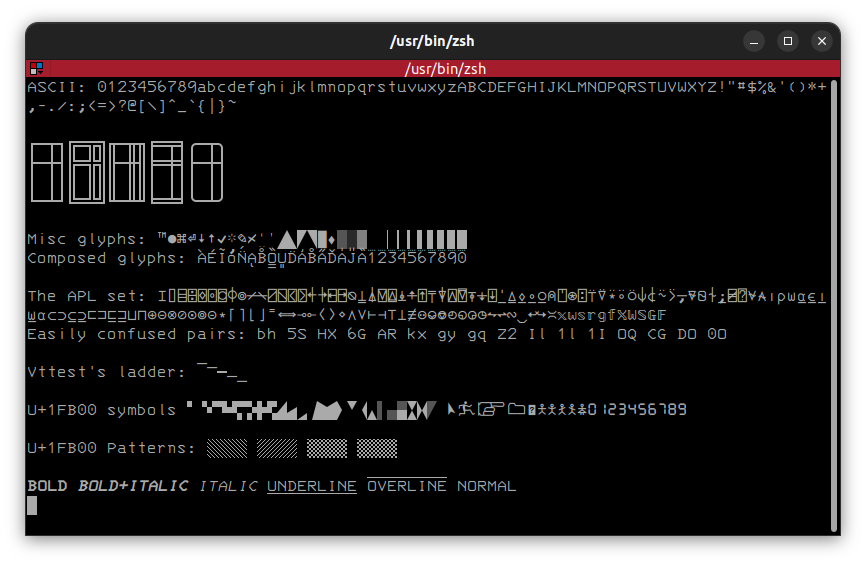 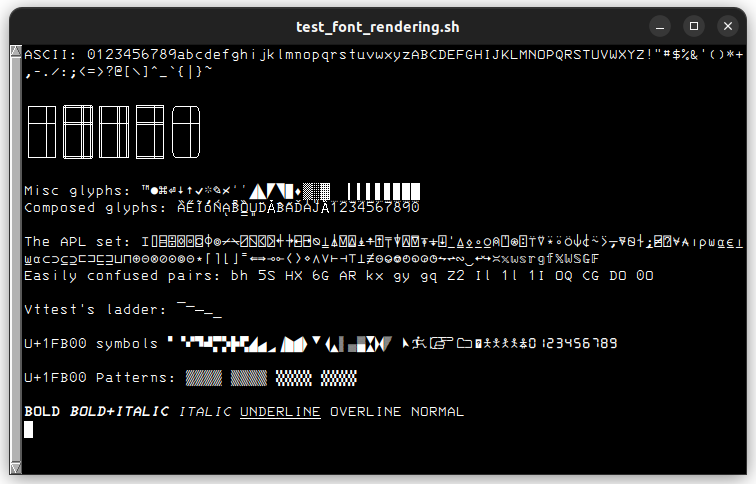 Not all symbols in the 3270 charset have Unicode counterparts. When possible, they are duplicated in the Unicode space. The 3270-only symbols are at the end of the font, along with some glyphs useful for building others.

Please refer to http://x3270.bgp.nu/Charset.html for a complete map.

A grid generator is provided for producing various grid sizes for the font. Those grids are not used yet, but they are intended to be used to align font features to provide better rendering at common font size choices. The captures below exemplify these choices: 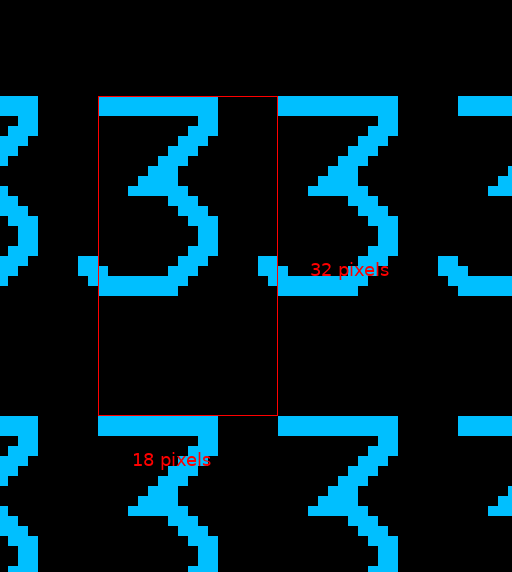 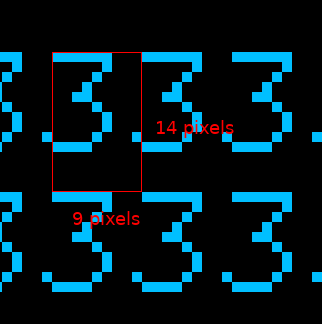 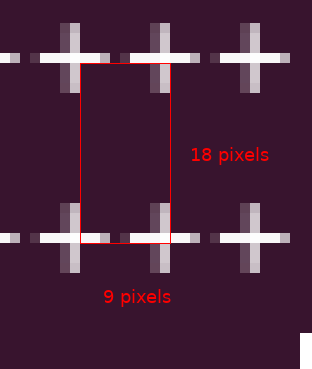