Tensorflow has released an official version of the Phased LSTM. I wrote a script to show how to use it: 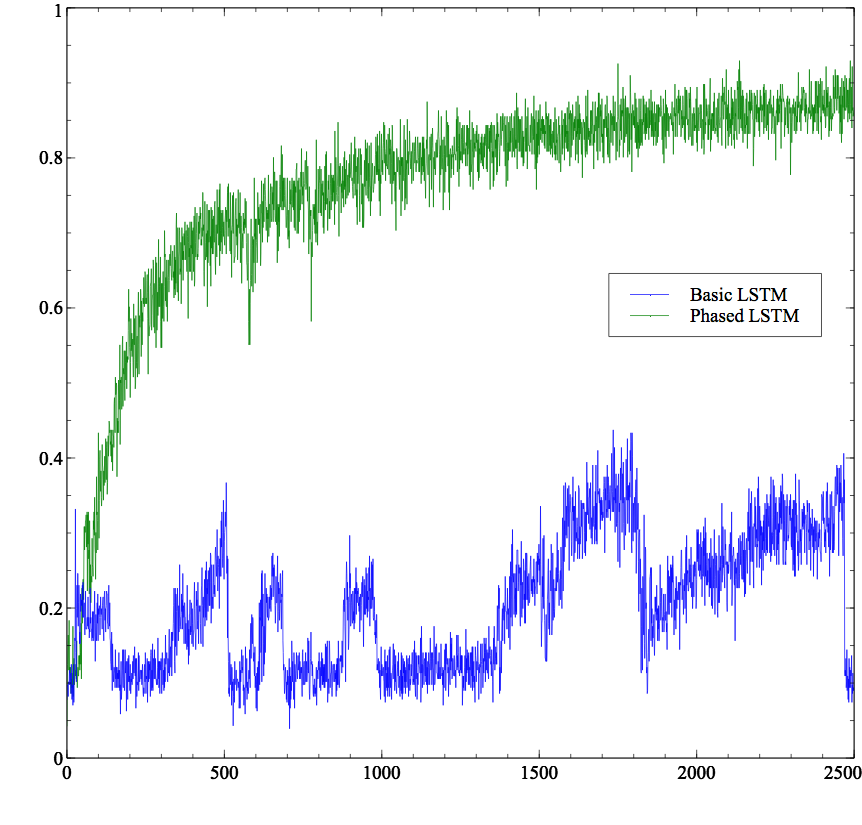 NOTE: You can still use this alternative implementation (tested on Tensorflow v1.10). The code is very similar and it's as fast as the official one (0.8 seconds for a forward-backward pass on a Titan X Maxwell GPU).

How to use it? 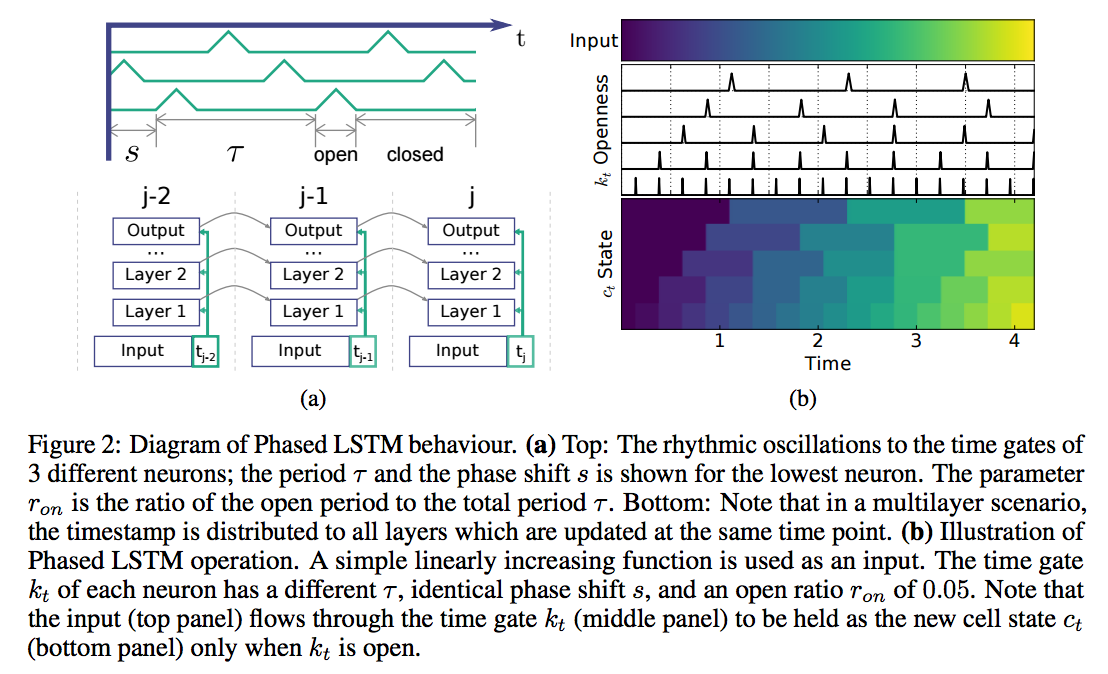 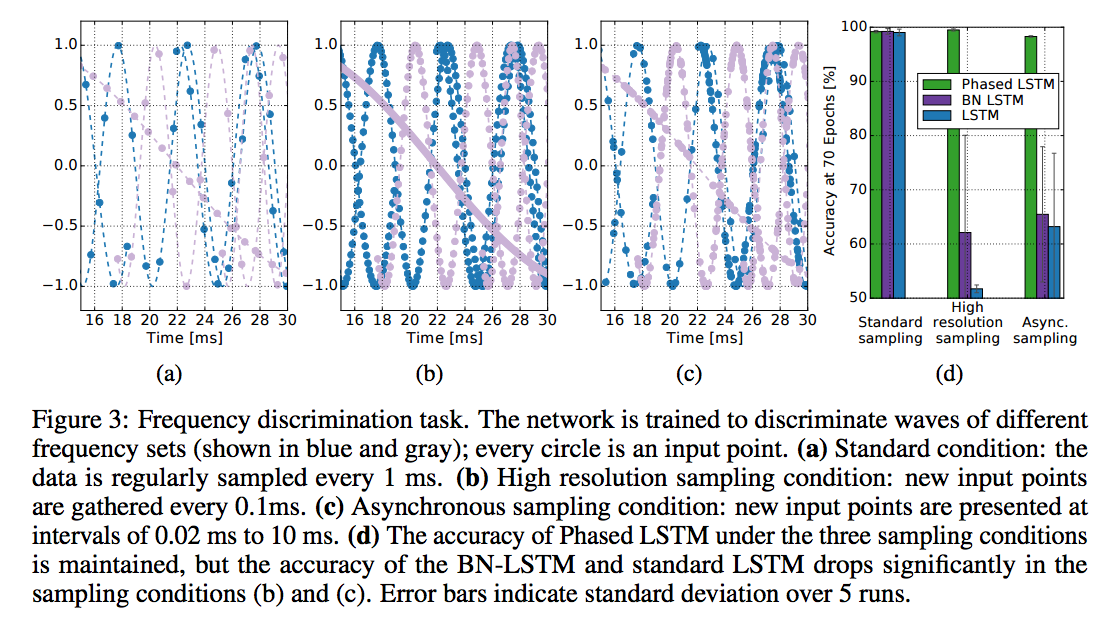 Here are the results on the MNIST dataset on the training set. We consider MNIST as long sequences. Clearly with 32 cells, the Basic LSTM implementation cannot learn whereas Phased LSTM does pretty well. 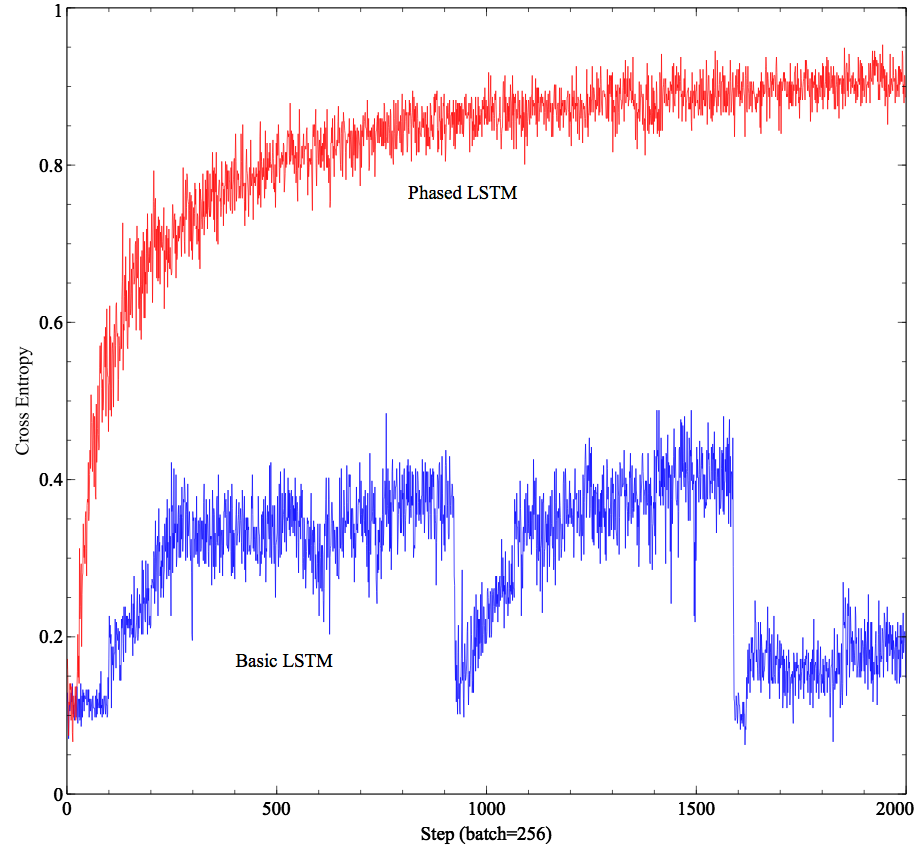 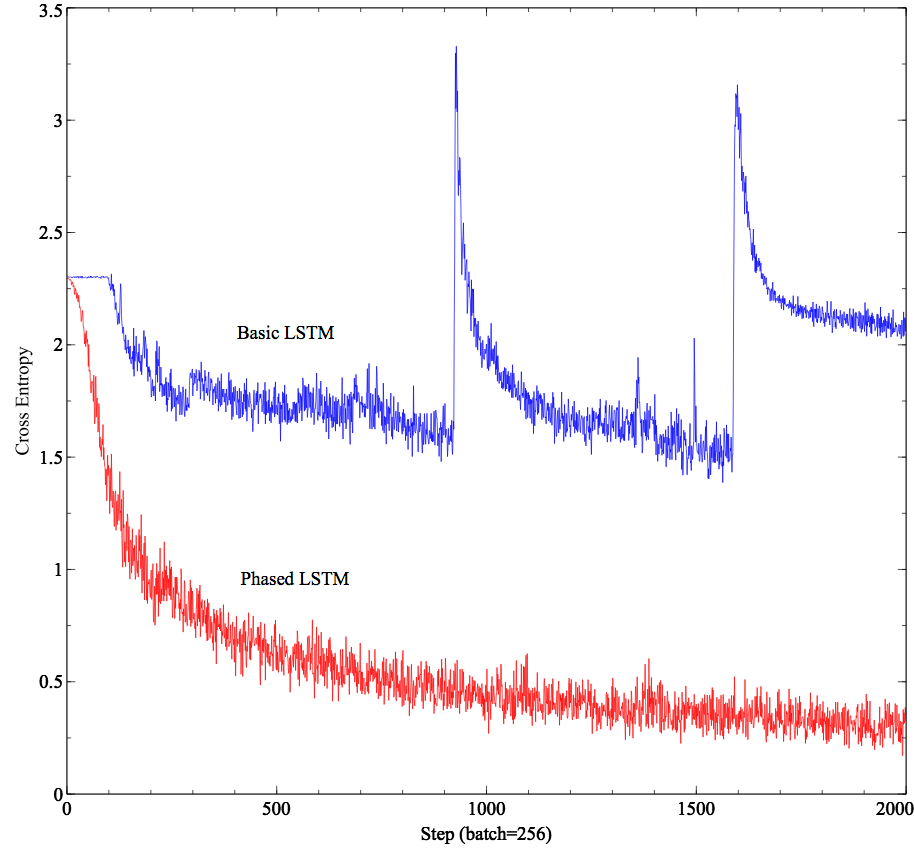 The Phased LSTM has many surprising advantages. With its rhythmic periodicity, it acts like a learnable, gated Fourier transform on its input, permitting very fine timing discrimination. Alternatively, the rhythmic periodicity can be viewed as a kind of persistent dropout that preserves state [27], enhancing model diversity. The rhythmic inactivation can even be viewed as a shortcut to the past for gradient backpropagation, accelerating training. The presented results support these interpretations, demonstrating the ability to discriminate rhythmic signals and to learn long memory traces. Importantly, in all experiments, Phased LSTM converges more quickly and theoretically requires only 5% of the computes at runtime, while often improving in accuracy compared to standard LSTM. The presented methods can also easily be extended to GRUs [6], and it is likely that even simpler models, such as ones that use a square-wave-like oscillation, will perform well, thereby making even more efficient and encouraging alternative Phased LSTM formulations. An inspiration for using oscillations in recurrent networks comes from computational neuroscience [3], where rhythms have been shown to play important roles for synchronization and plasticity [22]. Phased LSTMs were not designed as biologically plausible models, but may help explain some of the advantages and robustness of learning in large spiking recurrent networks.