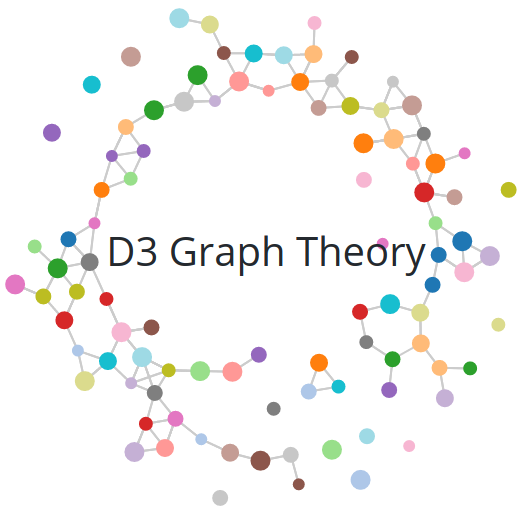 In mathematics, graph theory is the study of graphs, which are mathematical structures used to model pairwise relations between objects. A graph in this context is made up of vertices, nodes, or points which are connected by edges, arcs, or lines. -- Wikipedia

D3 Graph Theory is a front-end project aimed at anyone who wants to learn graph theory. It provides a quick and interactive introduction to the subject. The visuals used in the project makes it an effective learning tool.

The whole content is broken in several units. So far these units have been added.

The project is still expanding. New topics are added from time to time.

These topics are planned to be added.

So, keep checking for updates. 😄

This project is built with the help of following libraries and projects.