K'uk'ulkan ("Feathered Serpent") is the name of a deity which was worshipped by the Yucatec maya people. You can read a lot more in books or on the Internet about it and will see that, in someways, is related to the wind and water.

Beyond the origin of this name I reused to name this project, Kukulcan provides an API and different sort of REPLs to interact with your streams or administer your Apache Kafka deployment.

It supports POSIX and Windows OS and Scala, Java and Python programming languages. 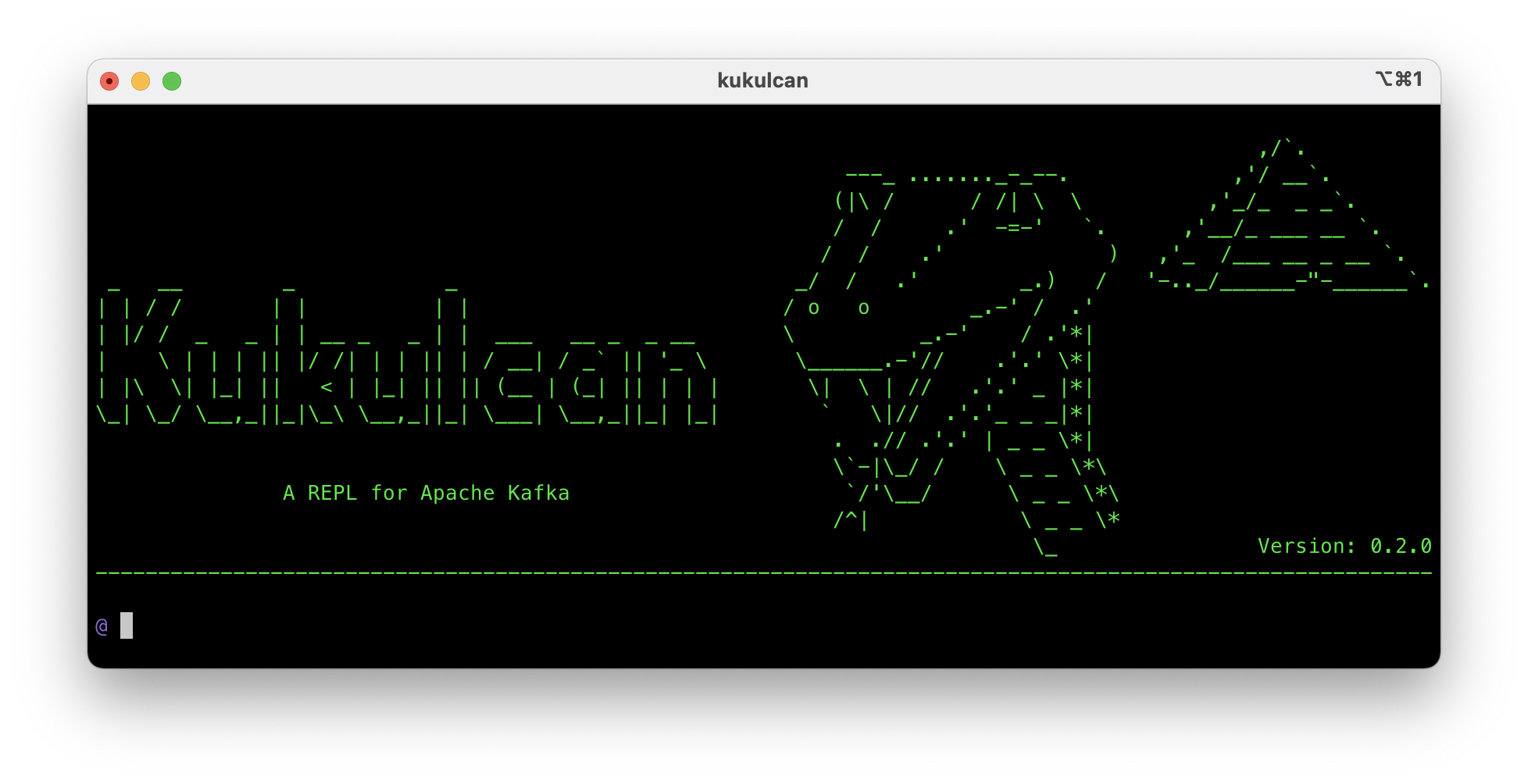 As Kafka users (developers, devops, etc.), we have to interact with it in different ways. Maybe using the command-line tools it provides, an external tool to look for a specific info, an IDE to develop a snippet in order to test something... but what if you could do all those things in the same interface with the flexibility of a REPL to do exactly what you need?

This is the aim of this project: enabling a simple interface to interact with your Kafka cluster taking advantage of its rich API plus some additional utils included and make your interaction better.

Also, there is an important environment variable named KUKULCAN_HOME. If not set, its default value will be the root folder of the cloned project. When starting a Kukulcan REPL, it will look for this environment variable and read the properties files contained in its config subdirectory.

The project contains three subprojects or modules described below but, if you generate the Scala docs executing sbt doc in the command line, you'll be able to see a more detailed description.

Contains all the Scala and Java classes to interact with Kafka and extending the Kafka API to enable new functionalities. This API contains:

Enables two sort of entry points for the REPLs: one based on the Scala REPL and the other based on JShell.

Additionally, it includes the logic to read and reload your configurations stored the config directory transparently.

This module includes the needed bindings to use Kukulcan with Python via py4j. By now, the only bindings available are for the REPL (in Java).

Kukulcan takes advantage of multiple functionalities we already have in Java, Scala and other tools to build a custom REPL. Actually, the project enables four type of REPLs with Ammonite, Scala, JShell and Python.

After building the source, you'll be able to start any of the following REPL options. Here are a few examples you can do with Kukulcan:

Ammonite is an improved Scala REPL with a lot of interesting features you can find very useful to load scripts or even code in an easier way. Obviously, you must install it previously.

It already includes all dependencies, and the Kukulcan Scala API to interact with Kafka.

NOTE: If you're going to use Kukulcan with Ammonite, you'll have to publish the project in local, executing sbt publishLocal.

I do recommend using this REPL even though the other ones are fine as well. The only drawback here is that Ammonite-REPL does not support Windows systems.

A Scala REPL including all dependencies and the Kukulcan Scala API to interact with Kafka.

An enriched Java JShell to interact with Kafka including all dependencies and imports from the Kukulcan Java API.

A Python shell including the needed bindings with Kukulcan Scala API via Py4J.

NOTE: If you're going to use the PyKukulcan REPL, you must have Python and pip installed. Then, install pykukulcan in this way: pip install python/ -r python/requirements.txt

Released under the Apache License, version 2.0.