A UI library for terminal applications.

IMPORTANT: tui-go is still in an experimental phase so please don't use it for anything other than experiments, yet.

Update: I created tui-go as an experiment because I wanted a simpler way of creating terminal-based user interfaces. It has since then become a project, with all the work that comes with it. While it's been really fun, unfortunately I'm no longer able to maintain this project.

Since I started working on tui-go, a number of similar projects have popped up. One that I think shows great promise is rivo/tview, which embodies much of what I envisioned for tui-go. I highly recommend trying it out!

Thanks all of you who have contributed and supported tui-go! 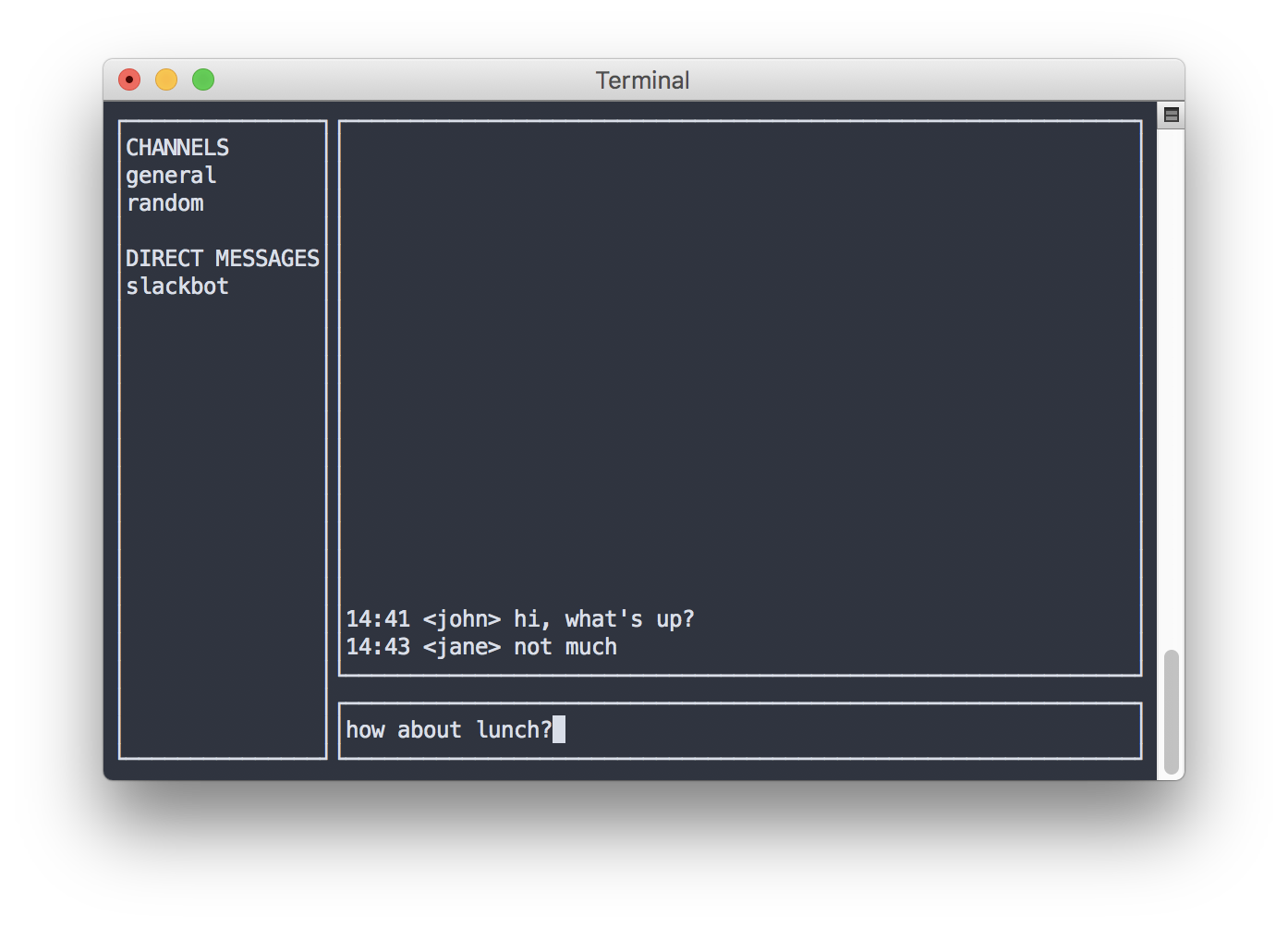 If you want to know what it is like to build terminal applications with tui-go, check out some of the examples.

Documentation is available at godoc.org.

Make sure you check out some of the projects using tui-go.

Once you've gotten started developing your first application with tui-go, you might be interested in learning about common patterns or how you can debug your applications.

tui-go is mainly influenced by Qt and offers a similar programming model that has been adapted to Go and the terminal.

For an overview of the alternatives for writing terminal user interfaces, check out this article by AppliedGo.

tui-go is released under the MIT License.

If you're interested in chatting with users and contributors, join #tui-go on the Gophers Slack. If you're not already a part of the Slack workspace, you can join here. If you prefer a lower-bandwidth interface, see this article on connecting to Slack via IRC or XMPP.