The ESP8266 IoT Framework is a set of modules to be used as a starting point in new ESP8266 projects, implementing HTTPS requests, a React web interface, WiFi manager, configuration manager, live dashboard and OTA updates.

The unique advantage of this framework is that code generation at build time is used to provide different benefits. Code generation is used to dynamically generate a configuration struct and a live dashboard from JSON files, to incorporate the web interface into PROGMEM in the firmware and to bundle a full root certificate store in PROGMEM that allows the ESP8266 to do secure HTTPS requests to arbitrary URLs.

Details beyond the documentation can be found at maakbaas.com.

If you are new to PlatformIO, start with the installation guide. Otherwise, simply start a new project for your ESP8266, and add the following line to your platformio.ini file:

Take one of the examples as a starting point to develop your application. 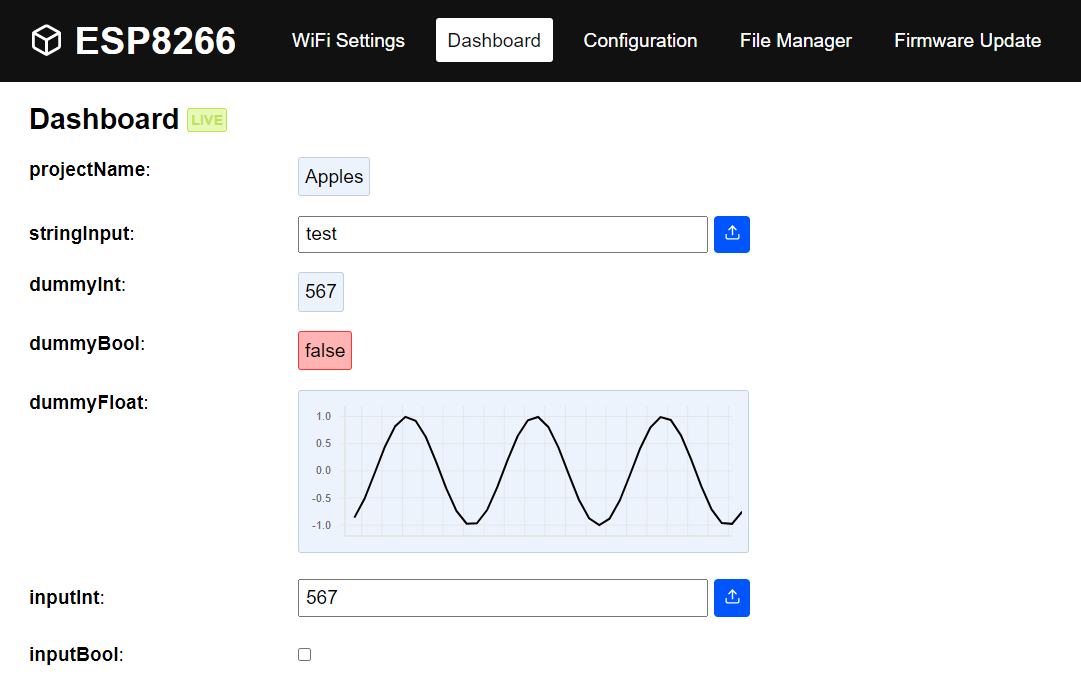 The framework consists of five main parts. A web server including the interface it's serving, a WiFi manager, a configuration manager and classes for HTTP requests and OTA updates. The architecture of the framework is shown in the following diagram:

Architecture of the framework shown in blue

The basic principles used in developing this framework are:

In short, the framework aims to be unobtrusive, easy to deploy, with a modern web interface that's easy to modify and expand for different projects :).

Data Accelerator ⭐ 275
Data Accelerator for Apache Spark simplifies onboarding to Streaming of Big Data. It offers a rich, easy to use experience to help with creation, editing and management of Spark jobs on Azure HDInsights or Databricks while enabling the full power of the Spark engine.
dependent packages 5total releases 26most recent commit 5 hours ago

Shodipoayomide.com ⭐ 89
🔥 🚀 Personal Blog by Shodipo Ayomide. Currently writing on things around Developer Advocacy, Software Engineering, and IOT
most recent commit 10 months ago
Smartmirror ⭐ 87
My MagicMirror running on a Raspberry Pi
most recent commit 2 years ago