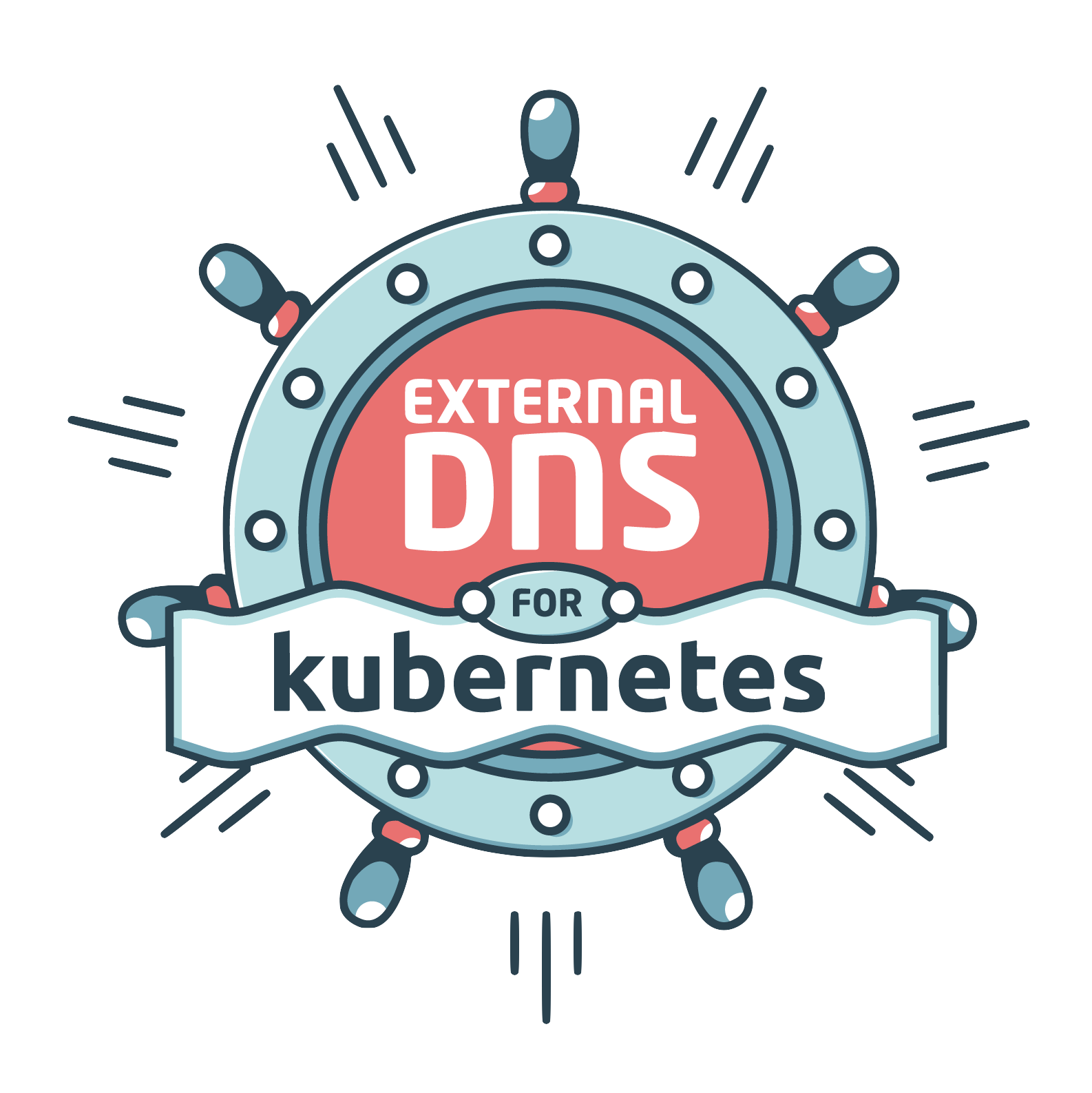 Inspired by Kubernetes DNS, Kubernetes' cluster-internal DNS server, ExternalDNS makes Kubernetes resources discoverable via public DNS servers. Like KubeDNS, it retrieves a list of resources (Services, Ingresses, etc.) from the Kubernetes API to determine a desired list of DNS records. Unlike KubeDNS, however, it's not a DNS server itself, but merely configures other DNS providers accordingly—e.g. AWS Route 53 or Google Cloud DNS.

In a broader sense, ExternalDNS allows you to control DNS records dynamically via Kubernetes resources in a DNS provider-agnostic way.

To see ExternalDNS in action, have a look at this video or read this blogpost.

ExternalDNS allows you to keep selected zones (via --domain-filter) synchronized with Ingresses and Services of type=LoadBalancer and nodes in various cloud providers:

From this release, ExternalDNS can become aware of the records it is managing (enabled via --registry=txt), therefore ExternalDNS can safely manage non-empty hosted zones. We strongly encourage you to use v0.5 (or greater) with --registry=txt enabled and --txt-owner-id set to a unique value that doesn't change for the lifetime of your cluster. You might also want to run ExternalDNS in a dry run mode (--dry-run flag) to see the changes to be submitted to your DNS Provider API.

ExternalDNS supports multiple DNS providers which have been implemented by the ExternalDNS contributors. Maintaining all of those in a central repository is a challenge and we have limited resources to test changes. This means that it is very hard to test all providers for possible regressions and, as written in the Contributing section, we encourage contributors to step in as maintainers for the individual providers and help by testing the integrations.

End-to-end testing of ExternalDNS is currently performed in the separate kubernetes-on-aws repository.

We define the following stability levels for providers:

The following table clarifies the current status of the providers according to the aforementioned stability levels:

A breaking change was added in external-dns v0.10.0.

The are two ways of running ExternalDNS:

Deploying to a Cluster

The following tutorials are provided:

See the contributor guide for details on compiling from source.

Next, run an application and expose it via a Kubernetes Service:

Annotate the Service with your desired external DNS name. Make sure to change example.org to your domain.

Optionally, you can customize the TTL value of the resulting DNS record by using the external-dns.alpha.kubernetes.io/ttl annotation:

Use the internal-hostname annotation to create DNS records with ClusterIP as the target.

If the service is not of type Loadbalancer you need the --publish-internal-services flag.

This should output the DNS records it will modify to match the managed zone with the DNS records you desire. It also assumes you are running in the default namespace. See the FAQ for more information regarding namespaces.

Note: TXT records will have my-cluster-id value embedded. Those are used to ensure that ExternalDNS is aware of the records it manages.

Once you're satisfied with the result, you can run ExternalDNS like you would run it in your cluster: as a control loop, and not in dry-run mode:

Check that ExternalDNS has created the desired DNS record for your Service and that it points to its load balancer's IP. Then try to resolve it:

Now you can experiment and watch how ExternalDNS makes sure that your DNS records are configured as desired. Here are a couple of things you can try out:

The tutorials section contains examples, including Ingress resources, and shows you how to set up ExternalDNS in different environments such as other cloud providers and alternative Ingress controllers.

If using a txt registry and attempting to use a CNAME the --txt-prefix must be set to avoid conflicts. Changing --txt-prefix will result in lost ownership over previously created records.

If externalIPs list is defined for a LoadBalancer service, this list will be used instead of an assigned load balancer IP to create a DNS record. It's useful when you run bare metal Kubernetes clusters behind NAT or in a similar setup, where a load balancer IP differs from a public IP (e.g. with MetalLB).

ExternalDNS was built with extensibility in mind. Adding and experimenting with new DNS providers and sources of desired DNS records should be as easy as possible. It should also be possible to modify how ExternalDNS behaves—e.g. whether it should add records but never delete them.

Here's a rough outline on what is to come (subject to change):

Yet to be defined

Have a look at the milestones to get an idea of where we currently stand.

Are you interested in contributing to external-dns? We, the maintainers and community, would love your suggestions, contributions, and help! Also, the maintainers can be contacted at any time to learn more about how to get involved.

We also encourage ALL active community participants to act as if they are maintainers, even if you don't have "official" write permissions. This is a community effort, we are here to serve the Kubernetes community. If you have an active interest and you want to get involved, you have real power! Don't assume that the only people who can get things done around here are the "maintainers". We also would love to add more "official" maintainers, so show us what you can do!

The external-dns project is currently in need of maintainers for specific DNS providers. Ideally each provider would have at least two maintainers. It would be nice if the maintainers run the provider in production, but it is not strictly required. Provider listed here that do not have a maintainer listed are in need of assistance.

ExternalDNS is an effort to unify the following similar projects in order to bring the Kubernetes community an easy and predictable way of managing DNS records across cloud providers based on their Kubernetes resources:

Alternatives To External DnsSelect To Compare
Pulumi ⭐ 12,807
Pulumi - Universal Infrastructure as Code. Your Cloud, Your Language, Your Way 🚀
dependent packages 235total releases 3,494most recent commit a day ago