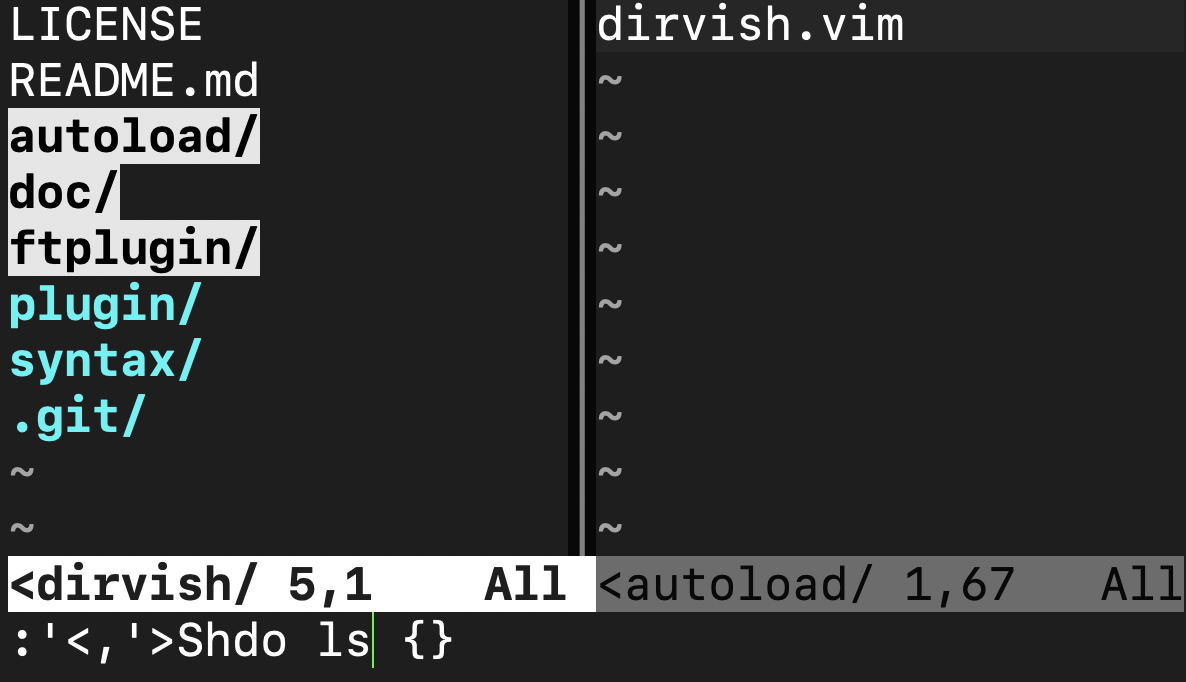 Buffer name is the directory name

So commands and plugins that work with @% and @# do the Right Thing.

For any purpose. It's safe and reversible.

Some people have created plugins that extend Dirvish:

Dirvish was originally forked (and completely rewritten) from filebeagle by Jeet Sukumaran.