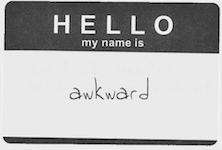 Repren is a simple but flexible command-line tool for rewriting file contents according to a set of regular expression patterns, and to rename or move files according to patterns. Essentially, it is a general-purpose, brute-force text file refactoring tool. For example, repren could rename all occurrences of certain class and variable names in a set of Java source files, while simultaneously renaming the Java files according to the same pattern. It's more powerful than usual options like perl -pie, rpl, or sed:

If file paths are provided, repren replaces those files in place, leaving a backup with extension ".orig". If directory paths are provided, it applies replacements recursively to all files in the supplied paths that are not in the exclude pattern. If no arguments are supplied, it reads from stdin and writes to stdout.

Aren't there standard tools for this already?

It's a bit surprising, but not really. Getting the features right is a bit tricky, I guess. The standard answers like sed, perl, awk, rename, Vim macros, or even IDE refactoring tools, often cover specific cases, but tend to be error-prone or not offer specific features you probably want. Things like nondestructive mode, file renaming as well as search/replace, multiple simultaneous renames/swaps, or renaming enclosing parent directories. Also many of these vary by platform, which adds to the corner cases. Inevitably you end up digging through the darker corners of some man page or writing ugly scripts that would scare your mother.

No dependencies except Python 2.7+. It's easiest to install with pip (using sudo if desired):

Or, since it's just one file, you can copy the repren script somewhere (perhaps within your own project) and make it executable.

Let's try a simple replacement in my working directory (which has a few random source files):

That was a dry run, so if it looks good, it's easy to repeat that a second time, dropping the --dry-run flag. If this is in git, we'd do a git diff to verify, test, then commit it all. If we messed up, there are still .orig files present.

Patterns can be supplied using the --from and --to syntax above, but that only works for a single pattern.

In general, you can perform multiple simultaneous replacements by putting them in a patterns file. Each line consists of a regular expression and replacement. For example:

(Where <tab> is an actual tab character.)

Empty lines and #-prefixed comments are ignored. Capturing groups and back substitutions (such as \1 above) are supported.

Contributions and issues welcome! Do understand and run the (manual) regression tests, review the output, and commit the clean log changes if you submit a PR. (And mention this in the PR.)

Get A Weekly Email With Trending Projects For These Topics
No Spam. Unsubscribe easily at any time.
python (47,791)
command-line (478)
regular-expression (69)
refactoring (62)