This project is no longer activily maintained!

I am for quite some time already working on a spiritual successor called NewsFlash. Its a complete rewrite in rust with an overhauled architecture and a bit more opinionated and focused interface. I hope to have a first preview release ready soon. Regarding FeedReader: I am thankful for all the people who helped maintain this project and sent in pull requests the last few years. But currently there is nobody who regularly reviews pull requests, triages bug reports and does releases from time to time. If someone is willing to take over, I am happy to get you started. - Jan Lukas Gernert 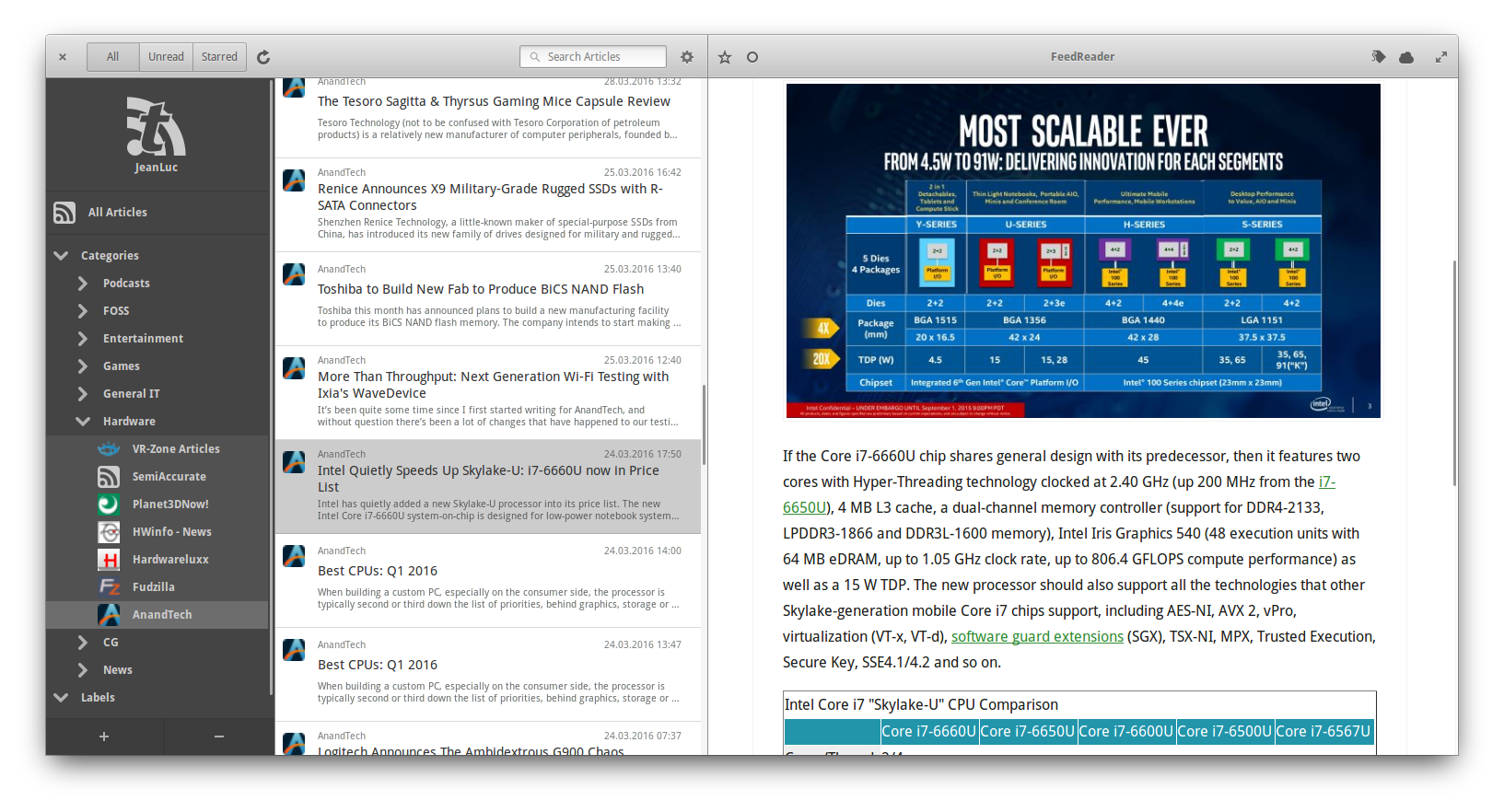 The Flatpak build works on any distro and will always track the newest release. For that reason, it's the only way we recommend that you install FeedReader (we really don't have the resources to support multiple distro-specific package). For more information about Flatpak and how to use or install it for your distribution see the Flatpak webpage.

These are the instructions for building and testing locally. We generally recommend that you use the Flatpak build whenever possible though.