A cluster (Bramble) of Raspberry Pis on which Drupal is deployed using Ansible and Kubernetes. 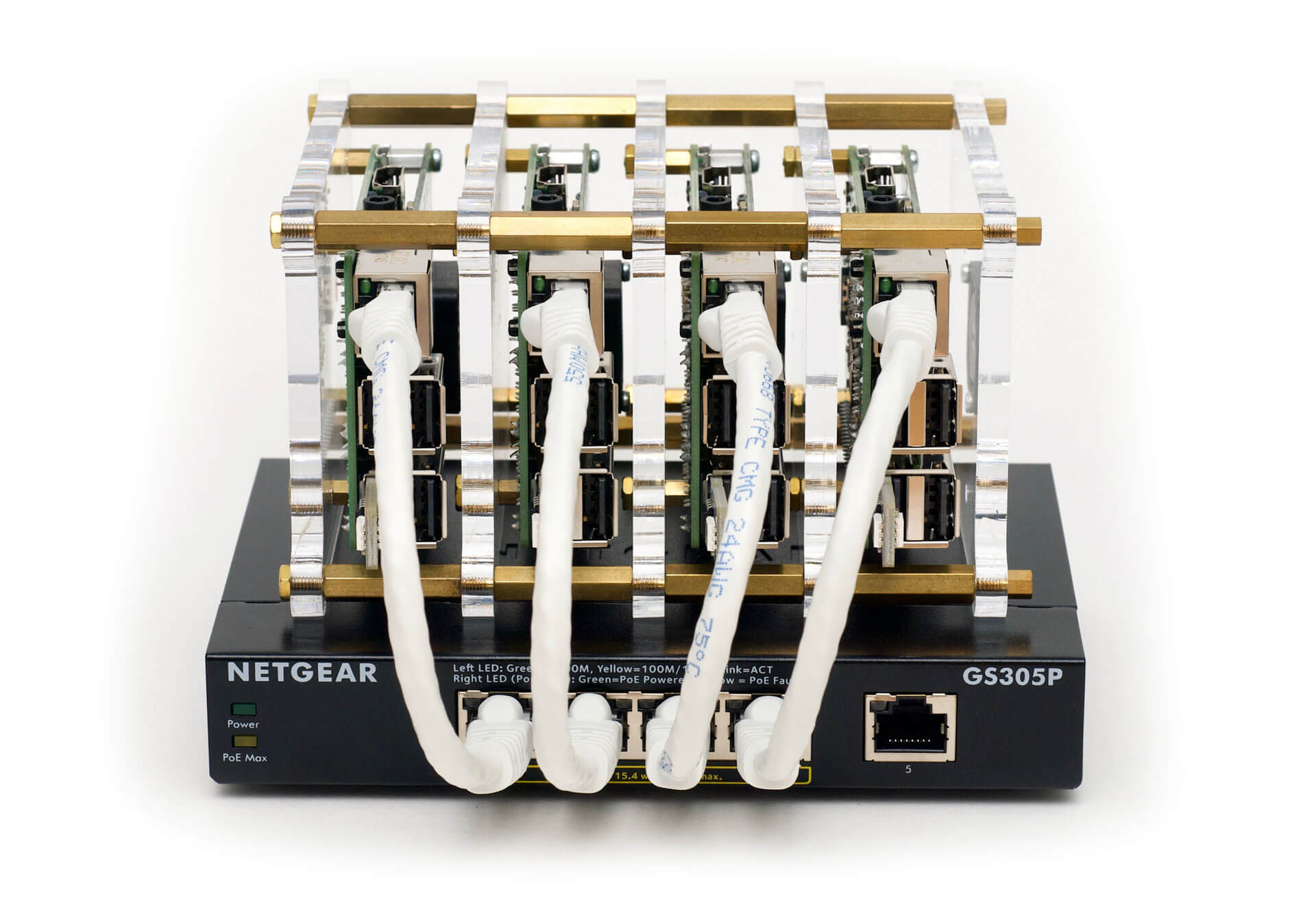 Read the rest of this README and the official Pi Dramble Wiki for more information about the Dramble.

I'm doing presentations on Ansible, and how easy it makes infrastructure configuration, even for high-performance/high-availability Drupal sites. WiFi/Internet access is spotty at most conferences, so deploying to AWS, DigitalOcean, or other live public cloud instances that require a stable Internet connection is a Bad Idea™.

I'm also presenting on Kubernetes, and how easy it is to have self-healing, almost-infinitely-scalable infrastructure (managed with Ansible), and it's more fun to build with Kubernetes on bare metal... at least when the RAM on the Kubernetes master isn't all eaten up!

But really, it's just plain awesome. How many people can say they carry their entire datacenter in a travel bag, and can run it from a USB battery pack?

A cluster of servers, in my hand, at the presentation. With blinking LEDs!

You can browse more information about geerlingguy's Dramble on http://www.pidramble.com/. This website is actually running on the Rasbperry Pi Dramble cluster pictured above!

Getting the Pis (and other accessories)

Many people have asked for a basic list of components used in constructing the Dramble, or where I found particular parts. In the Wiki, I've added pages listing the following:

Setting up the Pis

The process for setting up all the Raspberry Pis is outlined in the Wiki:

It is recommended you use the 64-bit version of Raspberry Pi OS, as some of this project's dependencies require it (and may not install on 32-bit Pi OS).

You can add more than four nodes, if you desire; add additional hosts in the same sequence in the following files:

If you need to change the IP subnet (default is 10.0.100.x), make sure to also update hosts.j2 to use the new subnet so hostnames resolve correctly.

The Pi Dramble includes a built-in Docker registry that is used to host Drupal images for deployment to Kubernetes. To use the Docker registry manually (to push or pull images):

Benchmarks - Testing the performance of the Dramble

See the Pi Dramble Benchmarks section of the Wiki for current benchmarks and statistics.

A Vagrantfile is also included for local testing and debugging of the Kubernetes cluster and manifests using Vagrant. See the Vagrant README for more details.

If you have only a single Raspberry Pi, you can use the Drupal Pi project to quickly get Drupal running on the single Pi.

The Raspberry Pi 2, 3, 3 B+, and 4 have quad-core processors that make certain operations four to ten times faster than single-core Pis like the A+, B+, Zero, etc. Additionally, cluster members need as much RAM as possible, and any Pi without at least 1 GB of RAM simply can't be used as a Kubernetes master.

Therefore only the following Pi models are officially supported:

The Raspberry Pi Dramble Kubernetes cluster can function entirely 'air-gapped' from the Internet, and this is in fact how the maintainer uses it in presentations.

See the README in the testing/presentation directory for instructions for operating the cluster standalone.

This project was started in 2015 by Jeff Geerling, author of Ansible for DevOps and Ansible for Kubernetes.