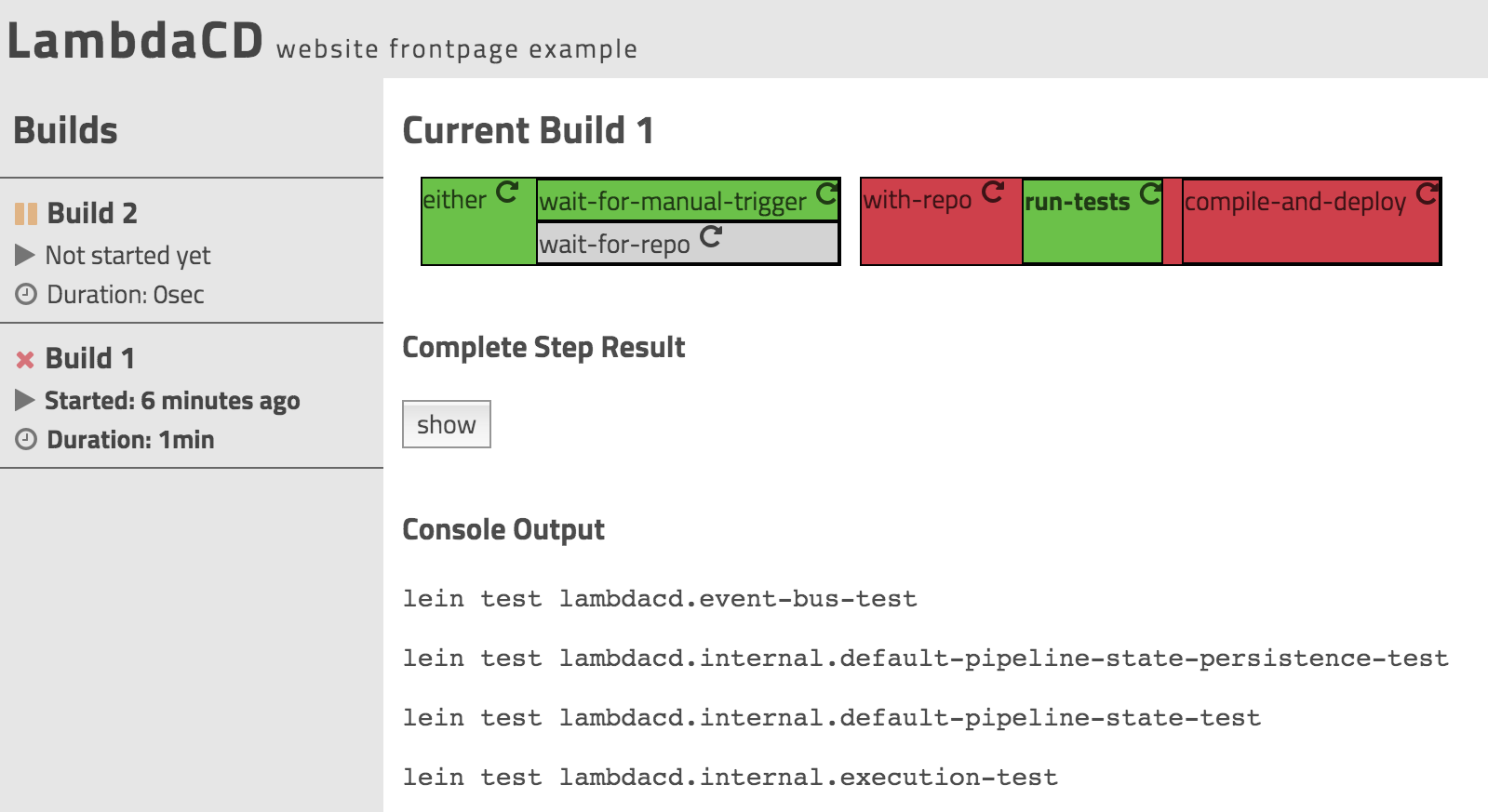 I'd love to hear from you! If you have a question, a bug report or feature request please reach out.

For details, refer to the contribution guide

LambdaCD is built in Clojure and ClojureScript with Leiningen as a build-tool. The ./go script is your main entry-point that wraps all important development tasks. Call it without arguments to see all the options.

Distributed under the Apache License 2.0