To support the development you can: 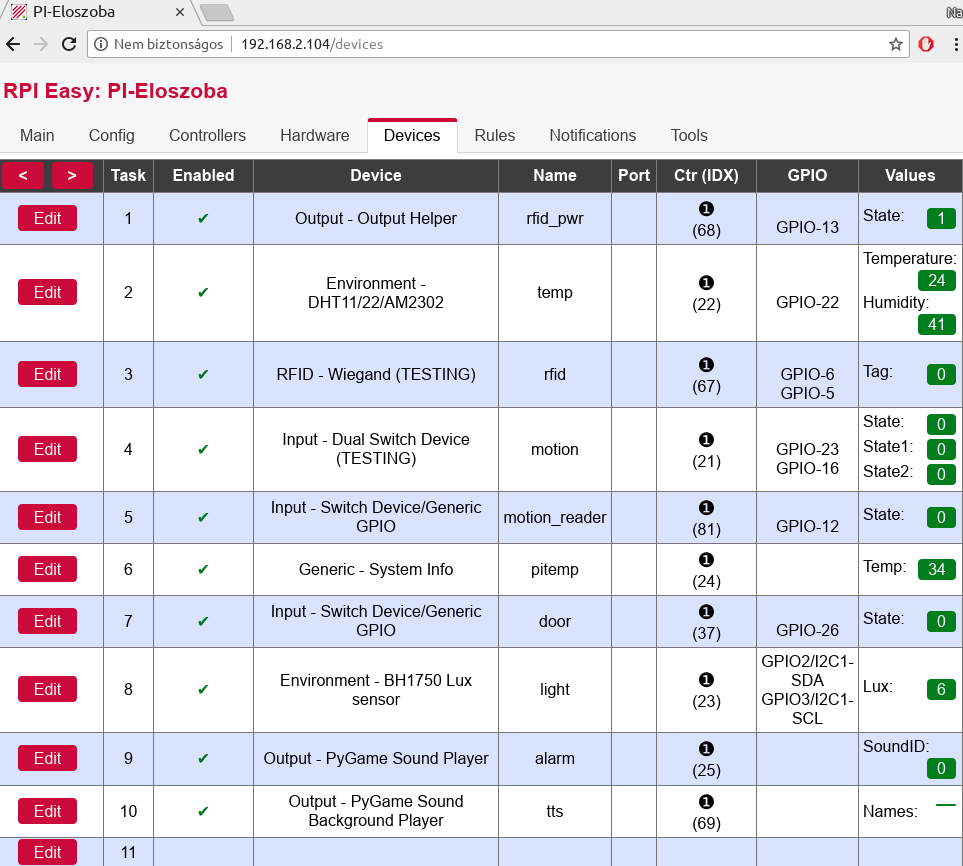 Based on Python 3.x and Raspberry PI (Raspbian Linux) this project tries to mimic the magnificent ESPEasy project functions. Main goal is to create a multisensor device, that can be install and setup quickly.

In case of Debian Stretch or other linux that misses "ifconfig" command:

Other dependencies can be reached and installed through the webGUI after starting with: (See Hardware page)

There are an external updater and command line manager script by haraldtux:

Or you can use the integrated updater at Tools->System Updates, but be warned: save your "data" directory before update if it is containing data that you can't or won't readd manually!

In case of questions or problems:

I would especially like to thank the two biggest supporter, happytm and budman1758 for their ideas and donations which made it possible to acquire a lot of IoT sensors/devices. :)