[Toward a Production-Ready Docker Swarm Cluster with Consul] (https://medium.com/@dweomer/toward-a-production-ready-docker-swarm-cluster-with-consul-9ecd36533bb8)

Wherein I explore the requirements of, and develop a repeatable process for, standing up a moderately opinionated, production-ready Docker cluster using the community standard Engine, Machine, Swarm and Compose. HashiCorp Consul will be used as the key-value store for Swarm as well as providing a common discovery mechanism across all nodes.

Initially this project is setup to support only Digital Ocean droplets running Ubuntu 15.10. It should be trivial to support other virtualization providers. See drivers/digitalocean.env

This will be picked up automatically by drivers/digitalocean.env and sourced. If no such file exists you will want to otherwise setup an environment variable named DIGITALOCEAN_ACCESS_TOKEN before these humble scripts will work. 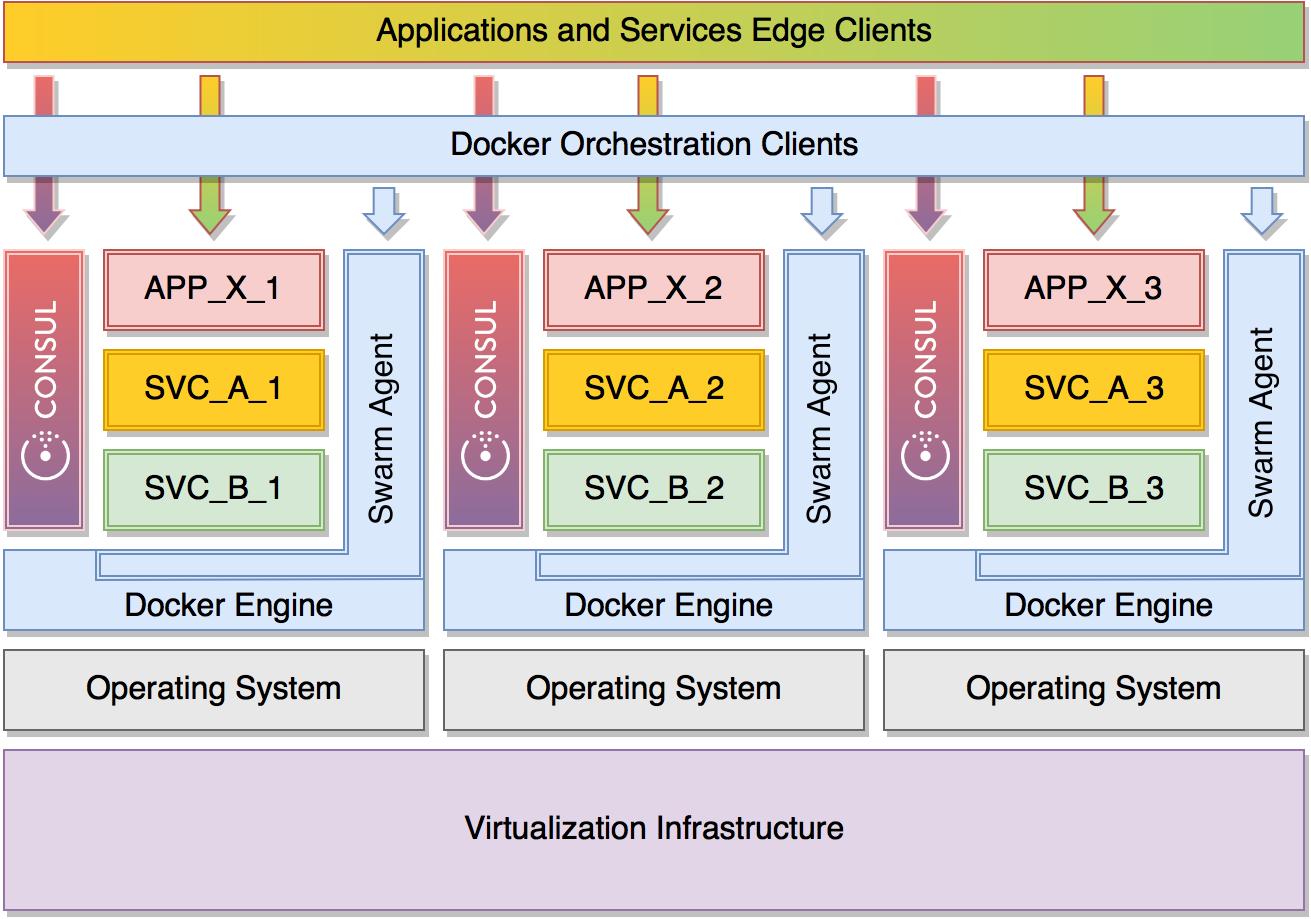