dewm is a pure Go autotiling window manager. It's intended to make the text editor de feel more similar to acme when windows are spawned with the p9p plumber, with the window management handled at a window manager level, rather than integrated into the text editor. (If you're unfamiliar with acme, it's a text editor written by Rob Pike for Plan 9 after he got drunk one night and forgot that he wrote "cat -v considered harmful.")

dewm is written in a literate programming style, in the hopes that it can inspire anyone else who's ever wanted to write their own window manager that they can learn enough to do it. I knew next to nothing about the X11 protocol or ICCCM conventions when I started this (and still don't), so if I got anything wrong please feel free to either send a pull request or email me so I can correct it. I don't want to misinform anyone who reads the markdown source in the src/ directory.

dewm arranges the screen into columns, and divides columns up between windows that are in that column. Windows always spawn in the first empty column, or the end of the last column if there are no empty columns. (If no columns exist, the first one is created automatically.)

By default, all columns are equally sized, and each window in any given column is equally sized, but they can be resized dynamically (see keybindings below).

These keybindings are currently hardcoded, but may one day be configurable.

This is what dewm looks like with two windows in two columns: 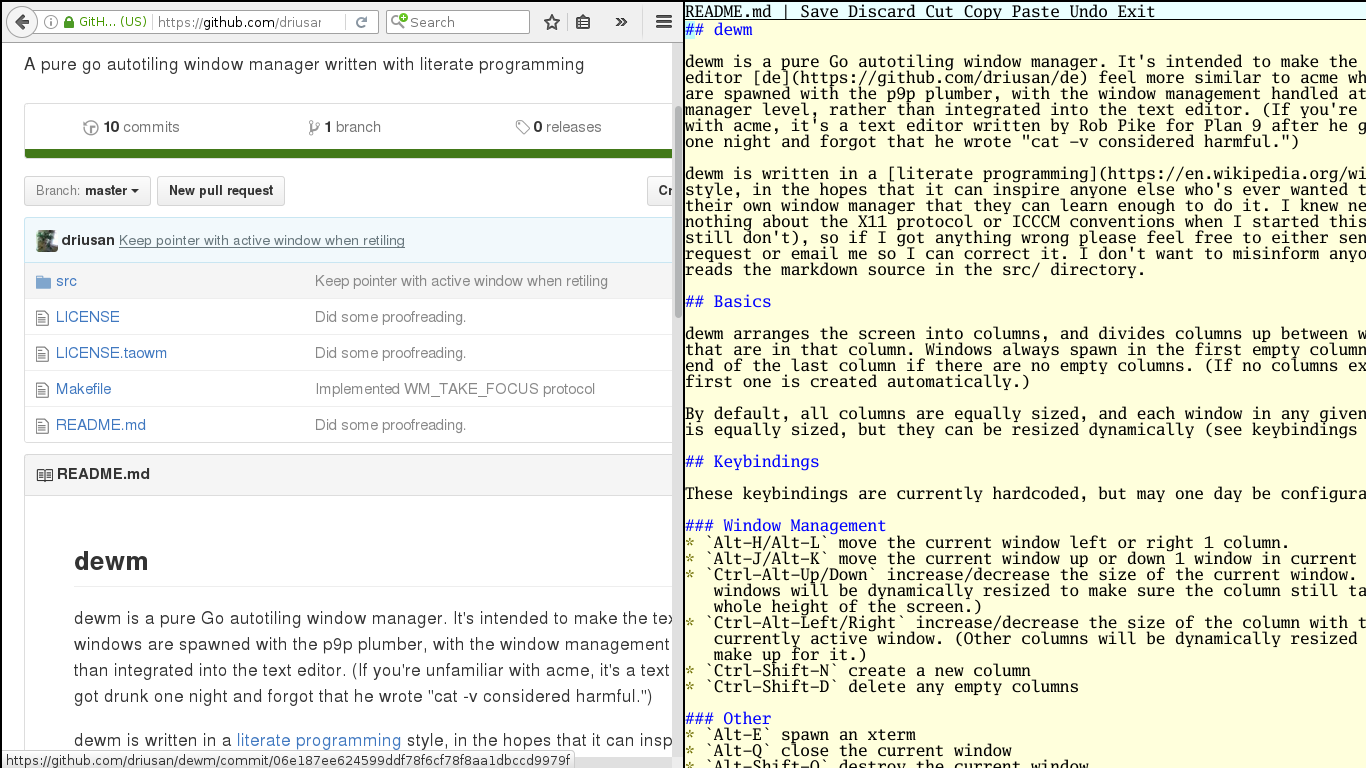 And this is it looks like if, after browsing a bit, you threw an xterm into the mix. 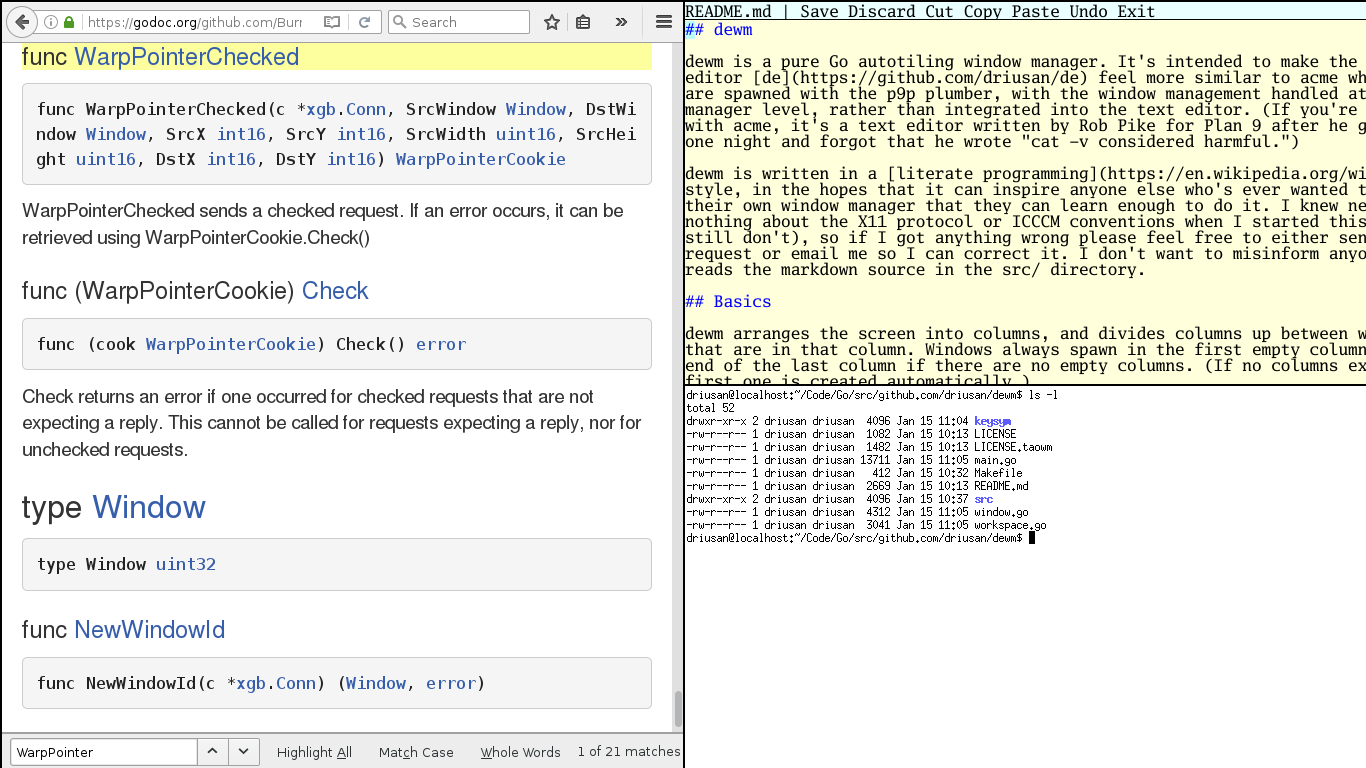 The generated go files are included in this repo, so that you can install dewm with the standard go get tool (go get github.com/driusan/dewm)

You should then be able to add:

to the end of your .xinitrc or .xsession file (assuming $GOBIN is in your path, otherwise you'll have to include the full the path to the executable, wherever go get compiled it to.)

Any code that I've written is MIT licensed. I've often used taowm as a reference when figuring out how to do things. I don't think any reasonable person would say this is a derivative work, but to be safe, LICENSE.taowm contains the taowm (3-clause BSD) license and applies to any code that explicltly comes from there.