This repo contains the sample code for the talk Infrastructure-as-code: running microservices on AWS with Docker, Terraform, and ECS. It includes a couple sample Dockerized microservices and the Terraform code to deploy them on AWS: 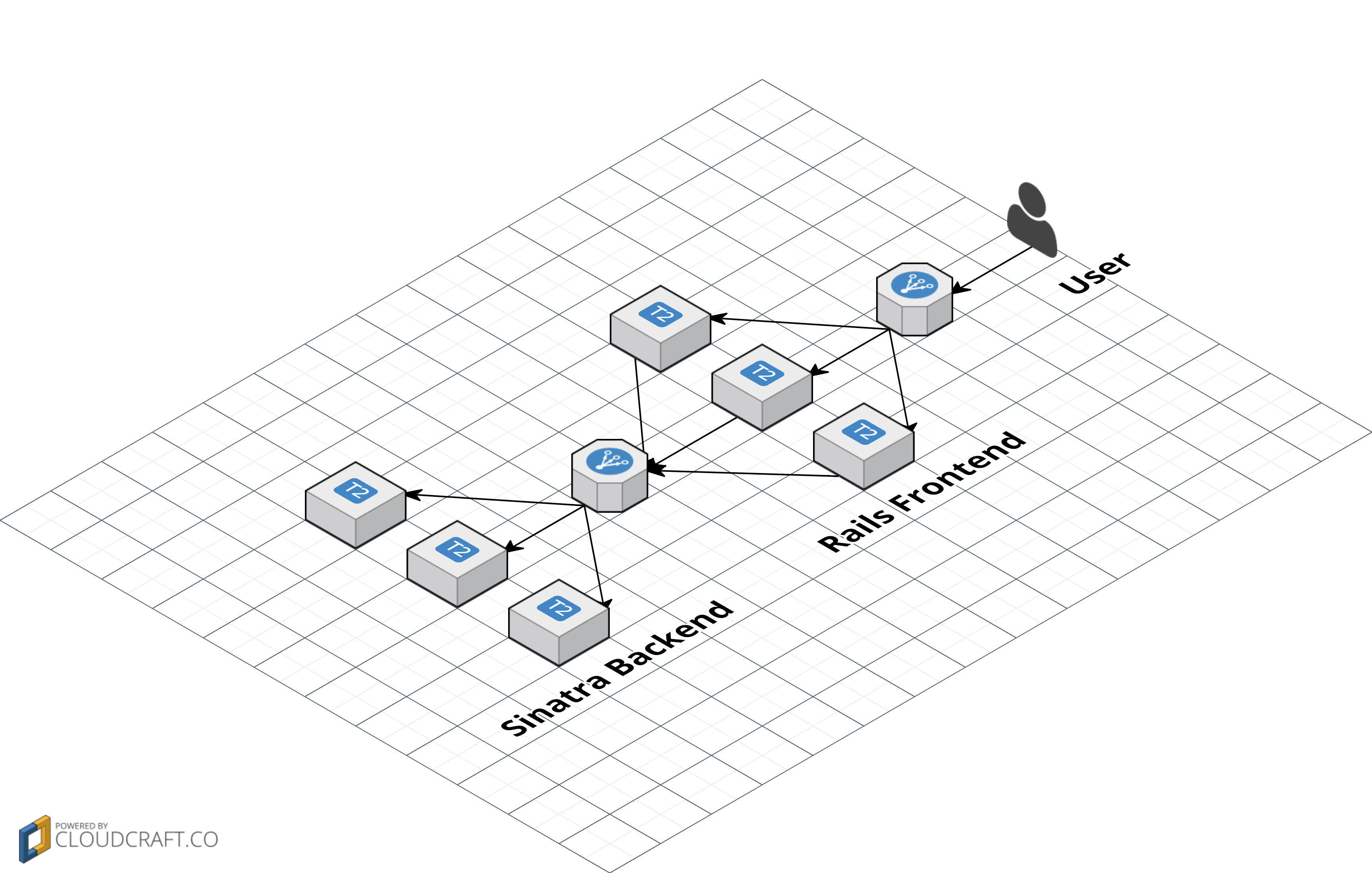 Note: This repo is for demonstration purposes only and should NOT be used to run anything important. For production-ready version of this code and many other types of infrastructure, check out Gruntwork.

To run the rails-frontend and sinatra-backend on your local dev box:

The docker-compose.yml file mounts rails-frontend and sinatra-backend folders as volumes in each Docker image, so any changes you make to the apps on your host OS will automatically be reflected in the running Docker container. This lets you do iterative "make-a-change-and-refresh" style development.

Deploying the microservices in AWS

To deploy the microservices to your AWS account, see the terraform-configurations README.

Using your own Docker images

By default, docker-compose.yml and the terraform-configurations are using the gruntwork/rails-frontend and gruntwork/sinatra-backend Docker images. These are images I pushed to the Gruntwork Docker Hub account to make it easy for you to try this repo quickly. Obviously, in the real world, you'll want to use your own images instead.

Follow Docker's documentation to create your own Docker images and fill in the new image id and tag in:

Overview of the repo

Here's an overview of what's in this repo:

For more info, check out the talk Infrastructure-as-code: running microservices on AWS with Docker, Terraform, and ECS, including the video and slides. For a deeper look at Terraform, check out the book Terraform: Up & Running.