BlueNimble is a Hybrid Serverless Platform focusing on developer productivity and application portability.

Create and run scalable APIs and applications without coding or by coding less.

Focus on application business logic without any knowledge of the underlying microservices architecture.

Install the CLI from binaries

The CLI could be installed in any other machine, not necessarily where the server is installed

This command will build both BlueNimble Server and the CLI

Type in http://server-ip:9090 (server-ip is where you installed bluenimble) or localhost if you're in your laptop. If you see a page similar to the one below, then BlueNimble is up and running. 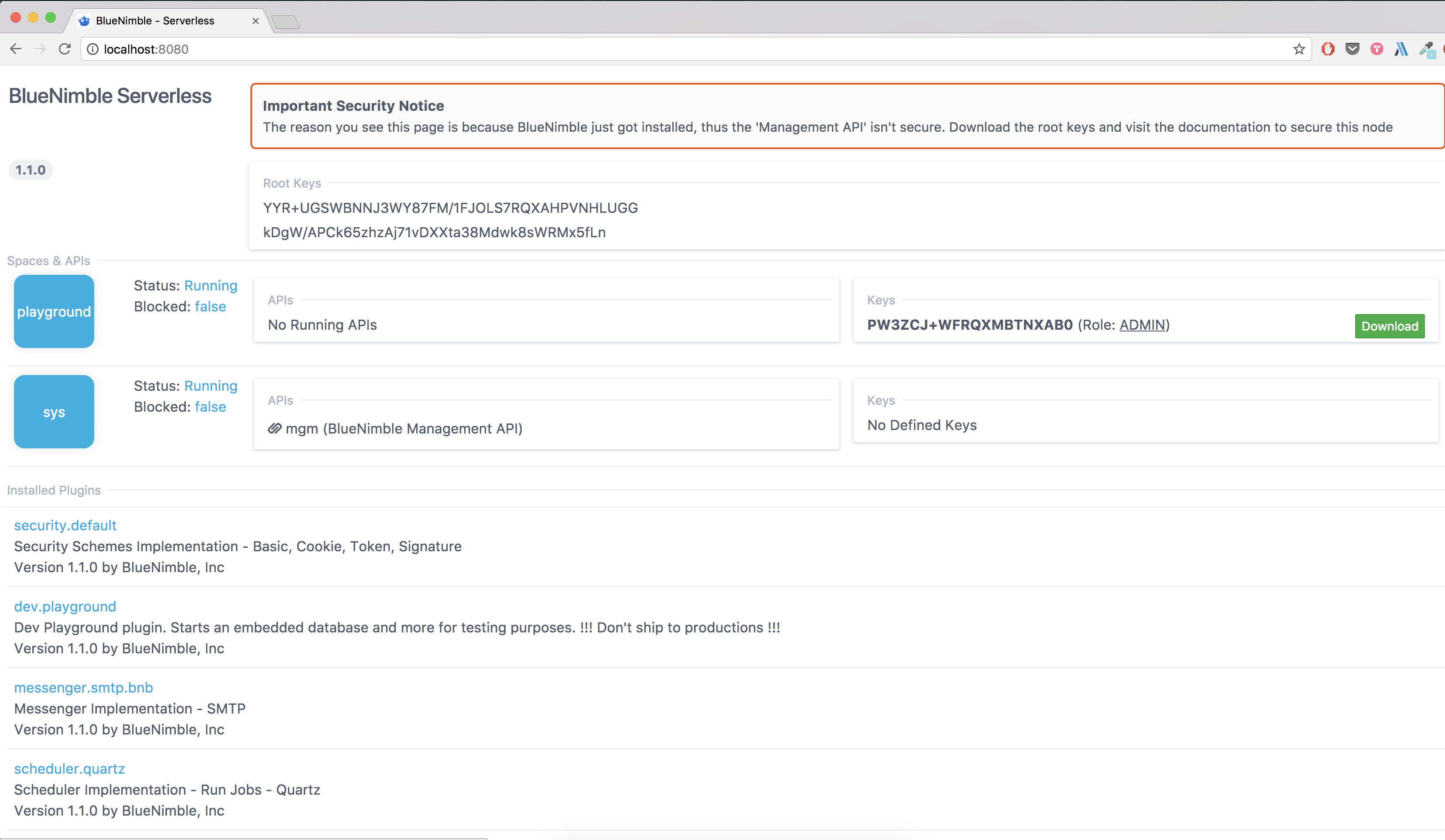 By default, BlueNimble is built with a playground space.

This command will create 5 services (endpoints) and their functions for the model 'Car' corresponding to 'create', 'update', 'delete', 'get' and 'find'.

You should get a token back in response.

Now, call the 'CreateCar' service using this token. Here is a CURL example:

This command will print out where your api code is stored. You can change the workspace folder by issuing:

From now on, any api you create, will be stored in this folder.

Normaly, creating a secure api, generate 20 model-services (105 endpoints in total) and pushing the api to run, could be done is 10 minutes. Then, you can visit functions code if required. for 90% of the apps, 80% is CRUD operations with single variations, which means you'll be touching max. to 20 functions instead to 105.

The figure below is a hight level flow diagram

Even if developers can use any external library in their functions code. We recommend to use assets through the features/plugins interfaces. For example, the datasource plugin provides native support to a number of relational databases, you can add a new one to the plugin by only registring the vendor and it's driver. This will free developers from managing security and opening/recycling/pooling of connections.

Note: Documentation for python and ruby still on the works.