Contributors welcome! Join the Asteroid's slack to start discussing about torch-audiomentations with us.

We don't want data augmentation to be a bottleneck in model training speed. Here is a comparison of the time it takes to run 1D convolution: 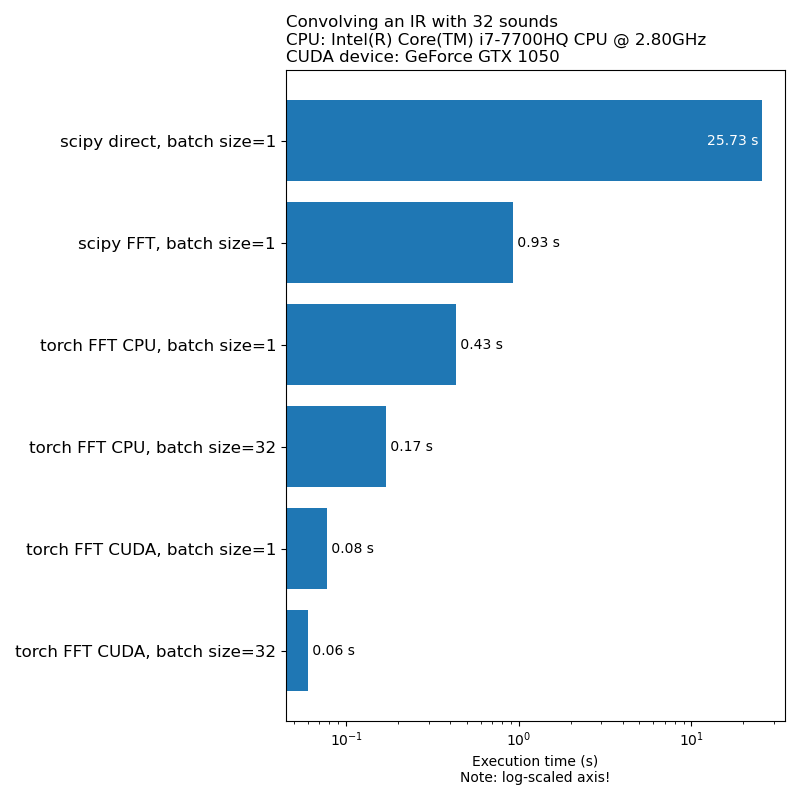 torch-audiomentations is in an early development stage, so the APIs are subject to change.

Every transform has mode, p, and p_mode -- the parameters that decide how the augmentation is performed.

This visualization shows how different combinations of mode and p_mode would perform an augmentation. 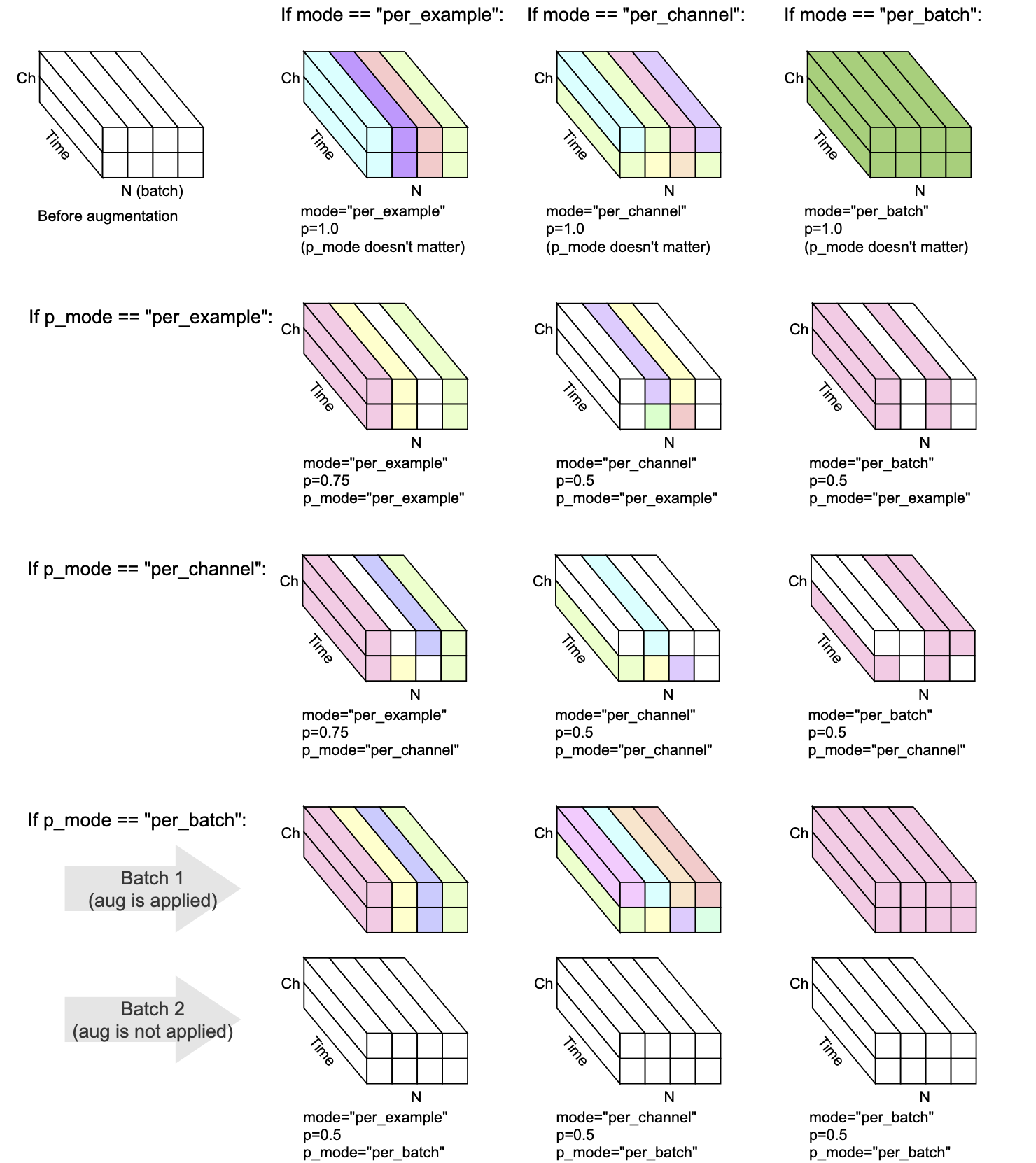 Convolve the given audio with impulse responses.

Multiply the audio by a random amplitude factor to reduce or increase the volume. This technique can help a model become somewhat invariant to the overall gain of the input audio.

Warning: This transform can return samples outside the [-1, 1] range, which may lead to clipping or wrap distortion, depending on what you do with the audio in a later stage. See also https://en.wikipedia.org/wiki/Clipping_(audio)#Digital_clipping

This transform returns the input unchanged. It can be used for simplifying the code in cases where data augmentation should be disabled.

Apply a constant amount of gain, so that highest signal level present in each audio snippet in the batch becomes 0 dBFS, i.e. the loudest level allowed if all samples must be between -1 and 1.

This transform has an alternative mode (apply_to="only_too_loud_sounds") where it only applies to audio snippets that have extreme values outside the [-1, 1] range. This is useful for avoiding digital clipping in audio that is too loud, while leaving other audio untouched.

Pitch-shift sounds up or down without changing the tempo.

Flip the audio samples upside-down, reversing their polarity. In other words, multiply the waveform by -1, so negative values become positive, and vice versa. The result will sound the same compared to the original when played back in isolation. However, when mixed with other audio sources, the result may be different. This waveform inversion technique is sometimes used for audio cancellation or obtaining the difference between two waveforms. However, in the context of audio data augmentation, this transform can be useful when training phase-aware machine learning models.

Shift the audio forwards or backwards, with or without rollover

If the input audio is mono, this transform does nothing except emit a warning.

Reverse (invert) the audio along the time axis similar to random flip of an image in the visual domain. This can be relevant in the context of audio classification. It was successfully applied in the paper AudioCLIP: Extending CLIP to Image, Text and Audio

A GPU-enabled development environment for torch-audiomentations can be created with conda:

The development of torch-audiomentations is kindly backed by Nomono.

Thanks to all contributors who help improving torch-audiomentations.

Ray ⭐ 22,180
Ray is a unified framework for scaling AI and Python applications. Ray consists of a core distributed runtime and a toolkit of libraries (Ray AIR) for accelerating ML workloads.
dependent packages 199total releases 76most recent commit 21 hours ago