New: Visualize PBA and applied augmentations with the notebook pba.ipynb!

This repository contains code for the work "Population Based Augmentation: Efficient Learning of Augmentation Schedules" (http://arxiv.org/abs/1905.05393) in TensorFlow and Python. It includes training of models with the reported augmentation schedules and discovery of new augmentation policy schedules.

See below for a visualization of our augmentation strategy. 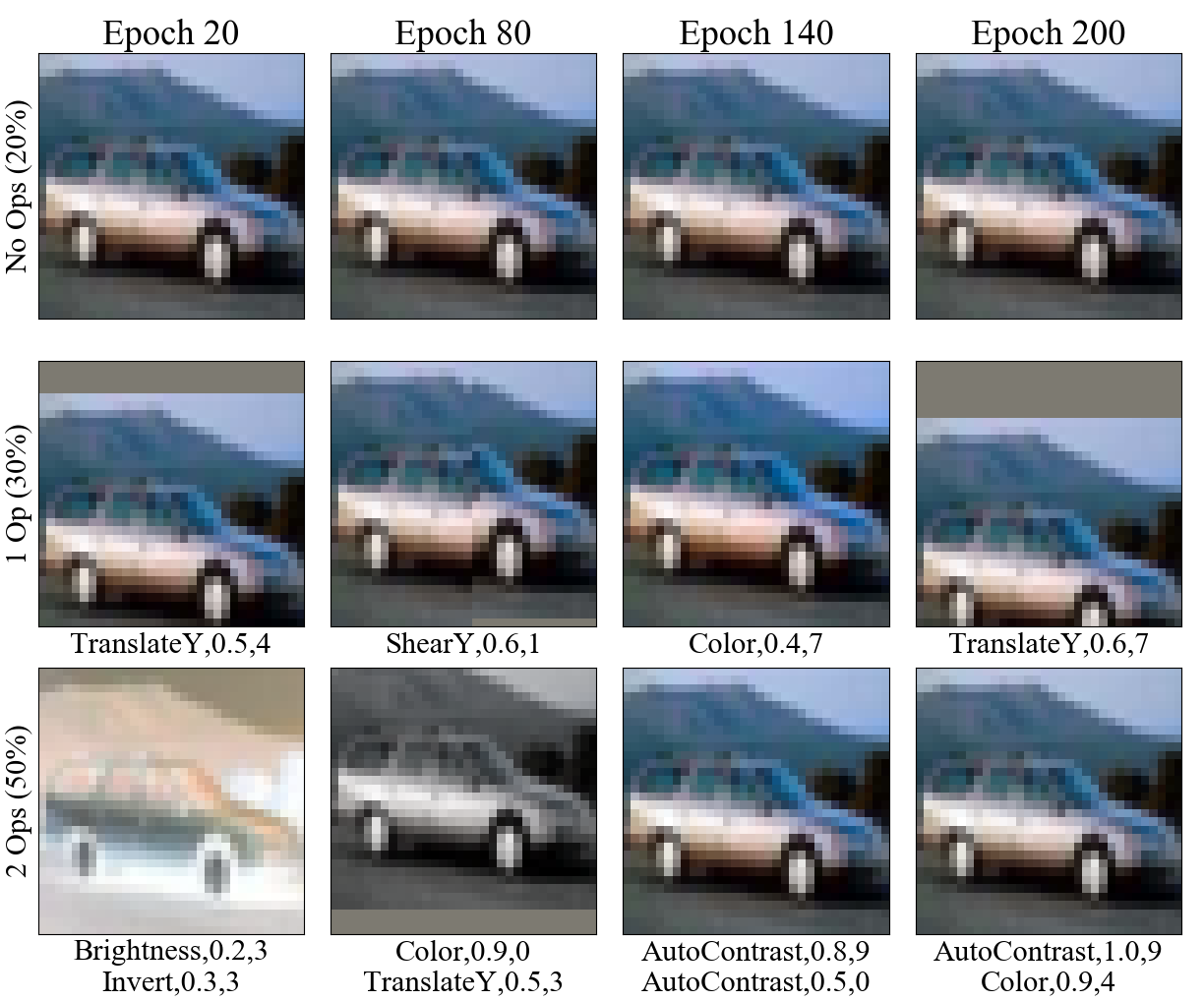 Scripts to reproduce results are located in scripts/table_*.sh. One argument, the model name, is required for all of the scripts. The available options are those reported for each dataset in Table 2 of the paper, among the choices: wrn_28_10, ss_32, ss_96, ss_112, pyramid_net. Hyperparamaters are also located inside each script file.

For example, to reproduce CIFAR-10 results on Wide-ResNet-28-10:

A good place to start is Reduced SVHN on Wide-ResNet-28-10 which can complete in under 10 minutes on a Titan XP GPU reaching 91%+ test accuracy.

Running the larger models on 1800 epochs may require multiple days of training. For example, CIFAR-10 PyramidNet+ShakeDrop takes around 9 days on a Tesla V100 GPU.

Run PBA search on Wide-ResNet-40-2 with the file scripts/search.sh. One argument, the dataset name, is required. Choices are rsvhn or rcifar10.

A partial GPU size is specified to launch multiple trials on the same GPU. Reduced SVHN takes around an hour on a Titan XP GPU, and Reduced CIFAR-10 takes around 5 hours.

The resulting schedules used in search can be retreived from the Ray result directory, and the log files can be converted into policy schedules with the parse_log() function in pba/utils.py. For example, policy schedule learned on Reduced CIFAR-10 over 200 epochs is split into probability and magnitude hyperparameter values (the two values for each augmentation operation are merged) and visualized below:

If you use PBA in your research, please cite: