This is a Retrospective Idea board, powering retrospected.com. 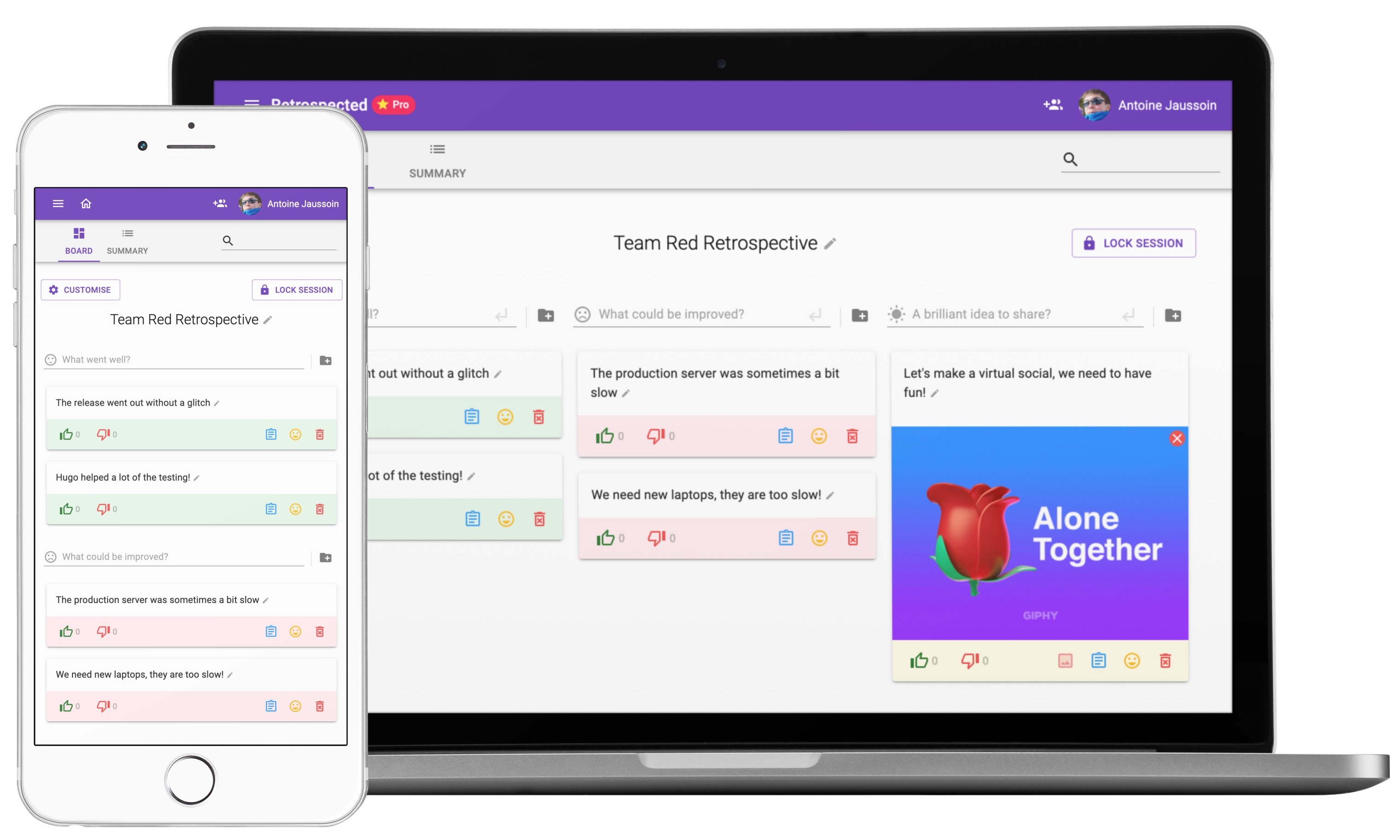 This project is both an actual product, and also a technology demo using the latest and greatest JavaScript/TypeScript libraries of the month.

It features the following technologies:

Previous versions, up to v1.0.1 featured the following libraries:

You can browse the documentation here.

You have two ways of running Retrospected:

Want to host Retrospected on your premises? 🖥

You can start an instance of Retrospected in 5 minutes by following the quick-start guide.

This will run a demo version, which you can turn into a fully licenced version by purchasing a Self Hosted licence.

What if I want to name my session so I can remember easily how to come back to it?

You can actually change the session ID in the URL with anything you like: for example www.retrospected.com/game/hello_world

Try not to take a too common name though, to avoid anyone else finding your session by chance.

Many thanks to the following contributors who helped translating the app:

If you are a native speaker of another language, please don't hesitate to make a pull request to add a translation.

Special thanks to @andresin87 for pointing the flag-icons package to me, it replaces the PNG flags in a neater way.

Another special thanks to Browserstack, as they allow me to test this project in other browsers.

Please make your PRs from the develop branch, not master.