Captain is a Helm 3 Controller 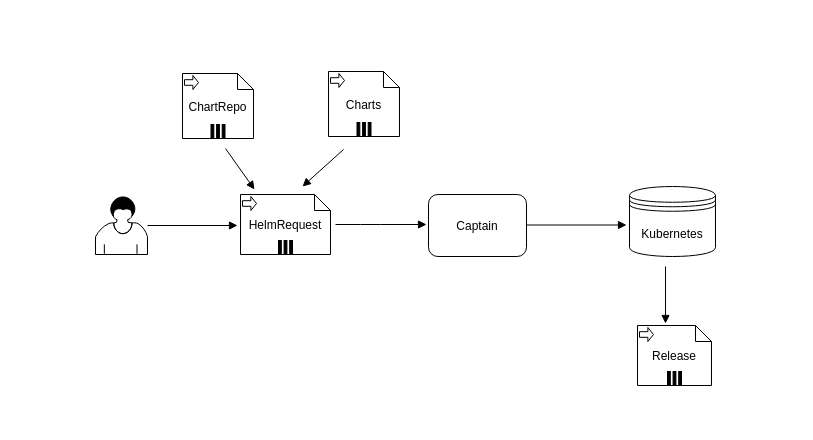 The Helm 3 Design Proposal exists for a while and currently it is still under heavy development. Captain comes as the first implementation of Helm v3 Controller based on the Proposal.

This project is based on the core helm v3 code, acting as a library. Since it's not officially released yet (alpha stage for now), some modifications were made to help implement this controller on a fork: alauda/helm (will be deprecated once Helm's library is released).

Check the Installation Guide to learn how to install captain

Then, create a HelmRequest resource

After a few seconds, you have an nginx-ingress chart running

For the detailed explain and advanced usage, please check the documentation below