The Seasonal-Trend-Loess (STL) algorithm decomposes a time series into seasonal, trend and residual components. The algorithm uses Loess interpolation (original paper here) to smooth the cyclic sub-series (e.g. all January values in the CO2 data shown in the example below). After removing the seasonality from the signal, the remainder is smoothed (in multiple steps) to find the trend. This process is repeated and may include robustness iterations that take advantage of the weighted-least-squares underpinnings of Loess to remove the effects of outliers. The details are described in STL: A Seasonal-Trend Decomposition Procedure Based on Loess.

Check out the the stl-decomp-4j wiki for TODOs, etc.

At a minimum, the STL algorithm requires specifying the periodicity of the data (e.g. 12 for monthly) and the width of the Loess smoother used to smooth the cyclic seasonal sub-series. In general, there are three Loess smoothers that each require three parameters: a width, a degree, and a jump. The width specifies the number of data points that the local interpolation uses to smooth each point, the degree specifies the degree of the local polynomial that is fit to the data, and the jump specifies how many points are skipped between Loess interpolations, with linear interpolation being done between these points. Because of this complexity, construction is done via Builder objects, as shown in this simple example. 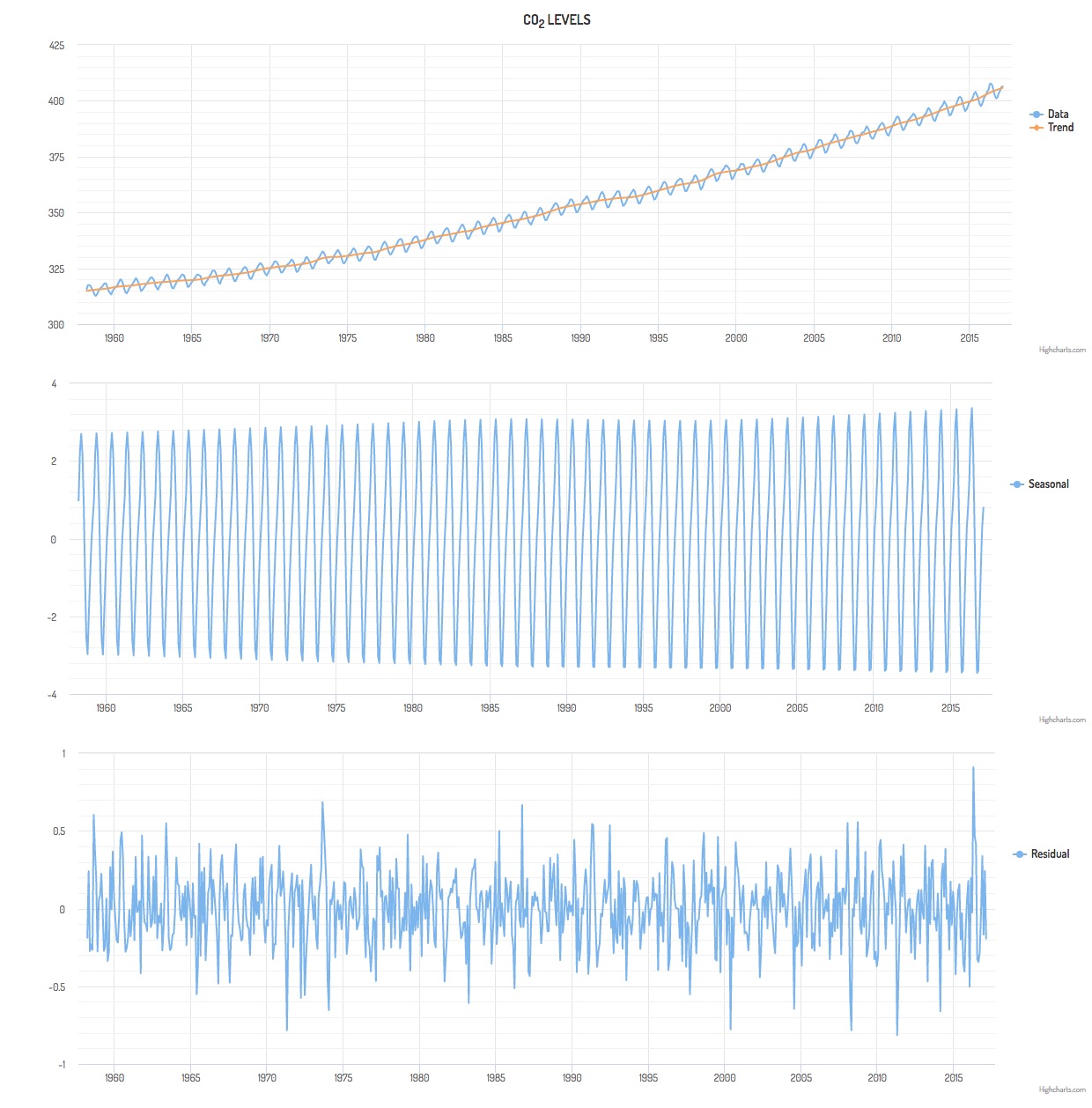 The StlPerfTest example times the STL running on the CO2 data mentioned above or on a time-series of 10 years of random hourly data. The same benchmark is implemented in the original Fortran here. See Performance Tests for instructions on running these tests.

Limited testing show the Java to be about half the speed of the Fortran. A comparison of the resulting decompositions is shown in the StlJavaFortranComparison notebook.

The implementation of the quadratic extension of LoessInterpolator is described, mathematically, in ImplementationNotes.

To include stl-decomp-4j in your maven project, add the following to your pom file:

The stl-decomp-4j implementation has no external dependencies.