Welcome to my GitHub repo.

I am a Data Scientist and I code in R, Python and Wolfram Mathematica. Here you will find some Machine Learning, Deep Learning, Natural Language Processing and Artificial Intelligence models I developed.

Autoencoder for Audio is a model where I compressed an audio file and used Autoencoder to reconstruct the audio file, for use in phoneme classification.

Collaborative Filtering is a Recommender System where the algorithm predicts a movie review based on genre of movie and similarity among people who watched the same movie.

Ensembled Machine Learning is a .py file where 7 Machine Learning algorithms are used in a classification task with 3 classes and all possible hyperparameters of each algorithm are adjusted. Iris dataset of scikit-learn. Hyperparameter Tuning RL is a model where hyperparameters of Neural Networks are adjusted via Reinforcement Learning. According to a reward, hyperparameter tuning (environment) is changed through a policy (mechanization of knowledge) using the Boston Dataset. Hyperparameters tuned are: learning rate, epochs, decay, momentum, number of hidden layers and nodes and initial weights.

Keras Regularization L2 is a Neural Network model for regression made with Keras where a L2 regularization was applied to prevent overfitting.

Lasagne Neural Nets Regression is a Neural Network model based in Theano and Lasagne, that makes a linear regression with a continuous target variable and reaches 99.4% accuracy. It uses the DadosTeseLogit.csv sample file.

Multinomial Regression is a regression model where target variable has 3 classes.

Neural Networks for Regression shows multiple solutions for a regression problem, solved with sklearn, Keras, Theano and Lasagne. It uses the Boston dataset sample file from sklearn and reaches more than 98% accuracy. NLP + Naive Bayes Classifier is a model where movie reviews were labeled as positive and negative and the algorithm then classifies a totally new set of reviews using Logistic Regression, Decision Trees and Naive Bayes, reaching an accuracy of 92%.

NLP Anger Analysis is a Doc2Vec model associated with Word2Vec model to analyze level of anger using synonyms in consumer complaints of a U.S. retailer in Facebook posts.

NLP Consumer Complaint is a model where Facebook posts of a U.S. computer retailer were scraped, tokenized, lemmatized and applied Word2Vec. After that, t-SNE and Latent Dirichlet Allocation were developed in order to classify the arguments and weights of each keyword used by a consumer in his complaint. The code also analyzes frequency of words in 100 posts.

NLP Doc2Vec is a Natural Language Procesing file where cosine similarity among phrases is measured through Doc2Vec.

NLP Probabilistic ANN is a Natural Language Processing model where sentences are vectorized by Gensim and a probabilistic Neural Network model is deveoped using Gensim, for sentiment analysis.

NLP Sentiment Positive is a model that identifies website content as positive, neutral or negative using BeautifulSoup and NLTK libraries, plotting the results.

NLP Twitter Analysis ID # is a model that extracts posts from Twitter based in ID of user or Hashtag.

NLP Twitter Scrap is a model that scraps Twitter data and shows the cleaned text as output.

NLP Twitter Streaming Mood is a model where the evolution of mood Twitter posts is measured during a period of time.

NLP Wikipedia Summarization is a Python code that summarizes any given page in a few sentences.

NLP Word Frequency is a model that calculates the frequency of nouns, verbs, words in Facebook posts.

REAL-TIME Twitter Analysis is a model where Twitter streaming is extracted, words and sentences tokenized, word embeddings were created, topic modeling was made and classified using K-Means. Then, NLTK SentimentAnalyzer was used to classify each sentence of the streaming into positive, neutral or negative. Accumulated sum was used to generate the plot and the code loops each 1 second, collecting new tweets.

ROC Curve Multiclass is a .py file where Naive Bayes was used to solve the IRIS Dataset task and ROC curve of different classes are plotted.

SQUEEZENET is a simplified version of the AlexNet.

Stacked Machine Learning is a .py notebook where t-SNE, Principal Components Analysis and Factor Analysis were applied to reduce dimensionality of data. Classification performances were measured after applying K-Means.

Support Vector Regression is a SVM model for non linear regression in an artificial dataset.

Text-to-Speech is a .py file where Python speaks any given text and saves it as an audio .wav file.

Time Series ARIMA is a ARIMA model to forecast time series, with an error margin of 0.2%.

Time Series Prediction with Neural Networks - Keras is a Neural Network model to forecast time series, using Keras with an adaptive learning rate depending upon derivative of loss. 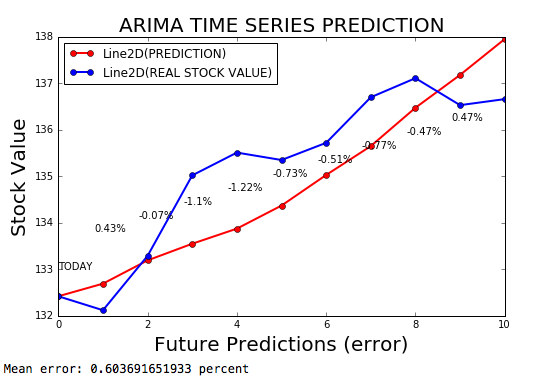 Variational Autoencoder is a VAE made with Keras.

Web Crawler is a code that scraps data from different URLs of a hotel website.

t-SNE Dimensionality Reduction is a t-SNE model for dimensionality reduction which is compared to Principal Components Analysis regarding its discriminatory power.

t-SNE PCA LDA embeddings is a model where t-SNE, Principal Components Analysis, Linear Discriminant Analysis and Random Forest embeddings are compared in a task to classify clusters of similar digits. 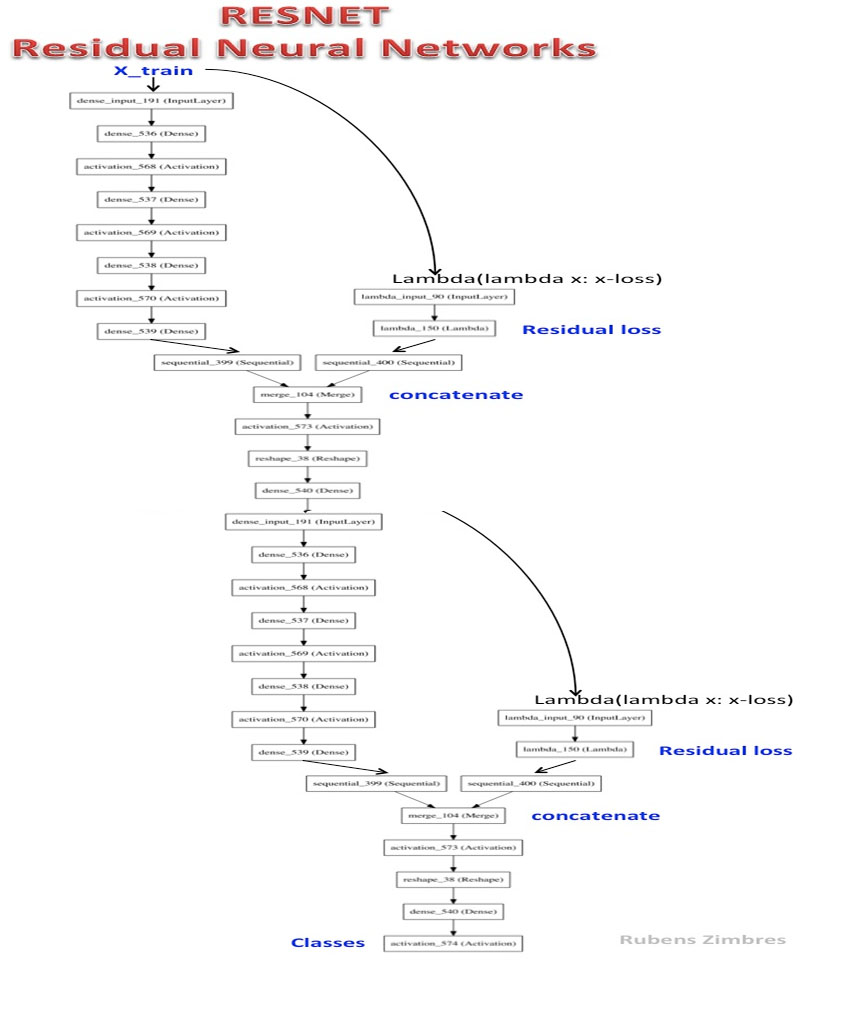