MutiCloud_Overlay demonstrates a use case of overlay over one or more clouds such as AWS, Azure, GCP, OCI, Alibaba and a vSphere private infrastructure in Hub and spoke topology, point to point topology and in a Single cloud. Overlay protocols IPv6 and IPv4 are independent of underlying infrastructure. This solution can be integrated with encryption and additional security features. 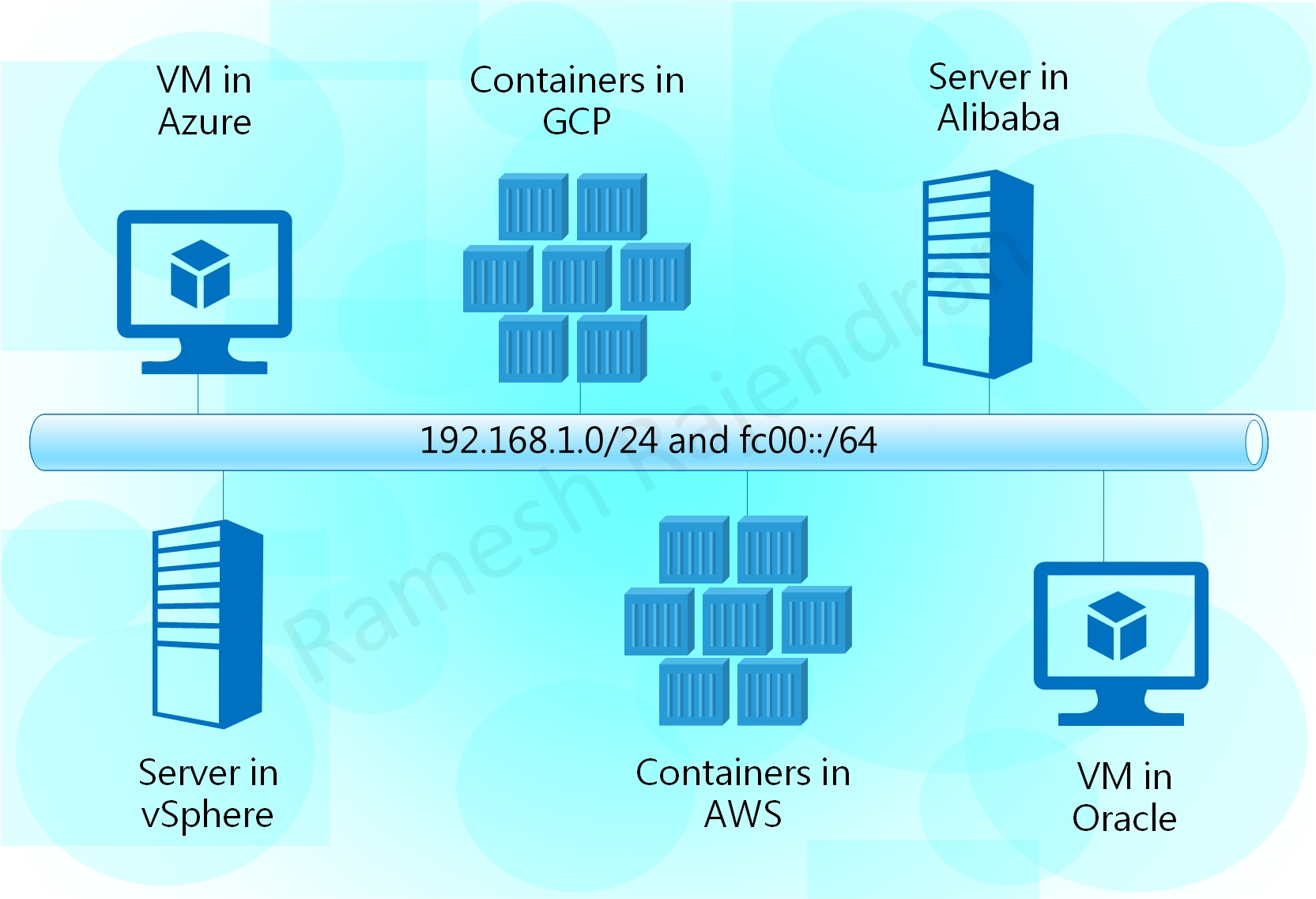 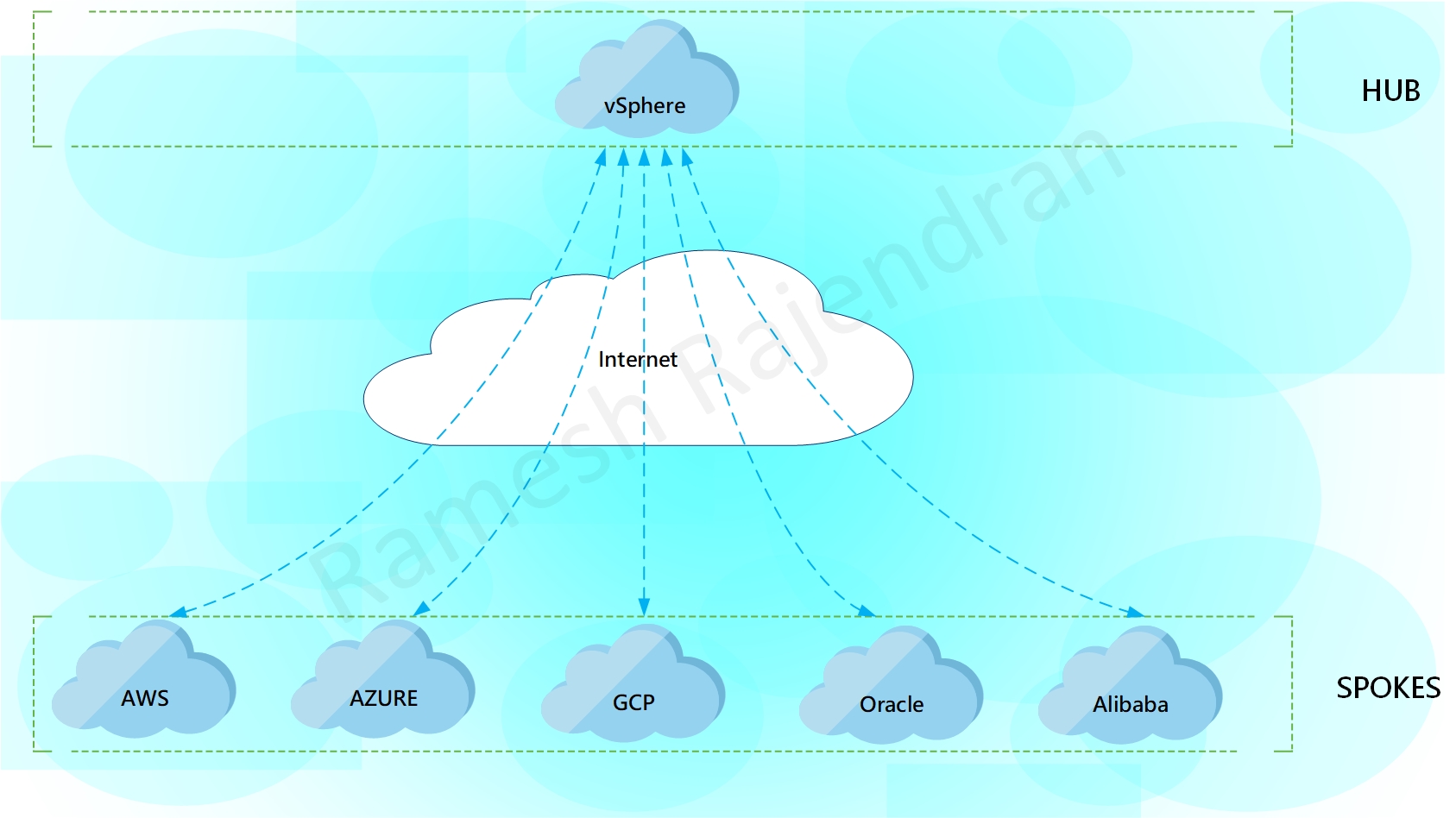 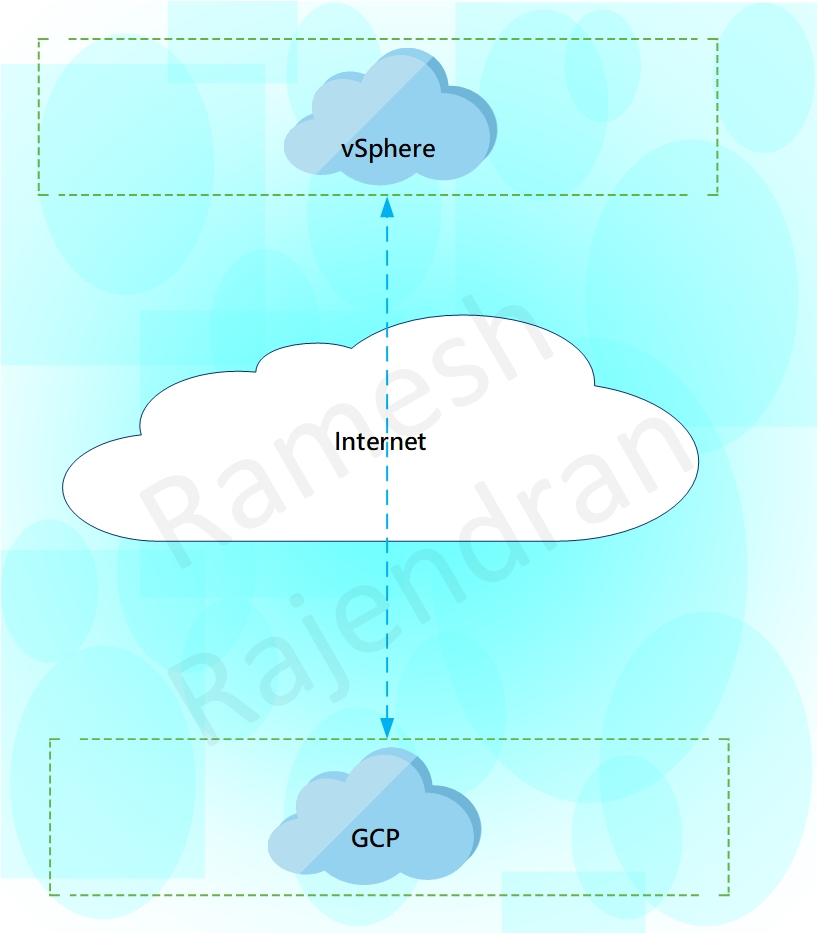 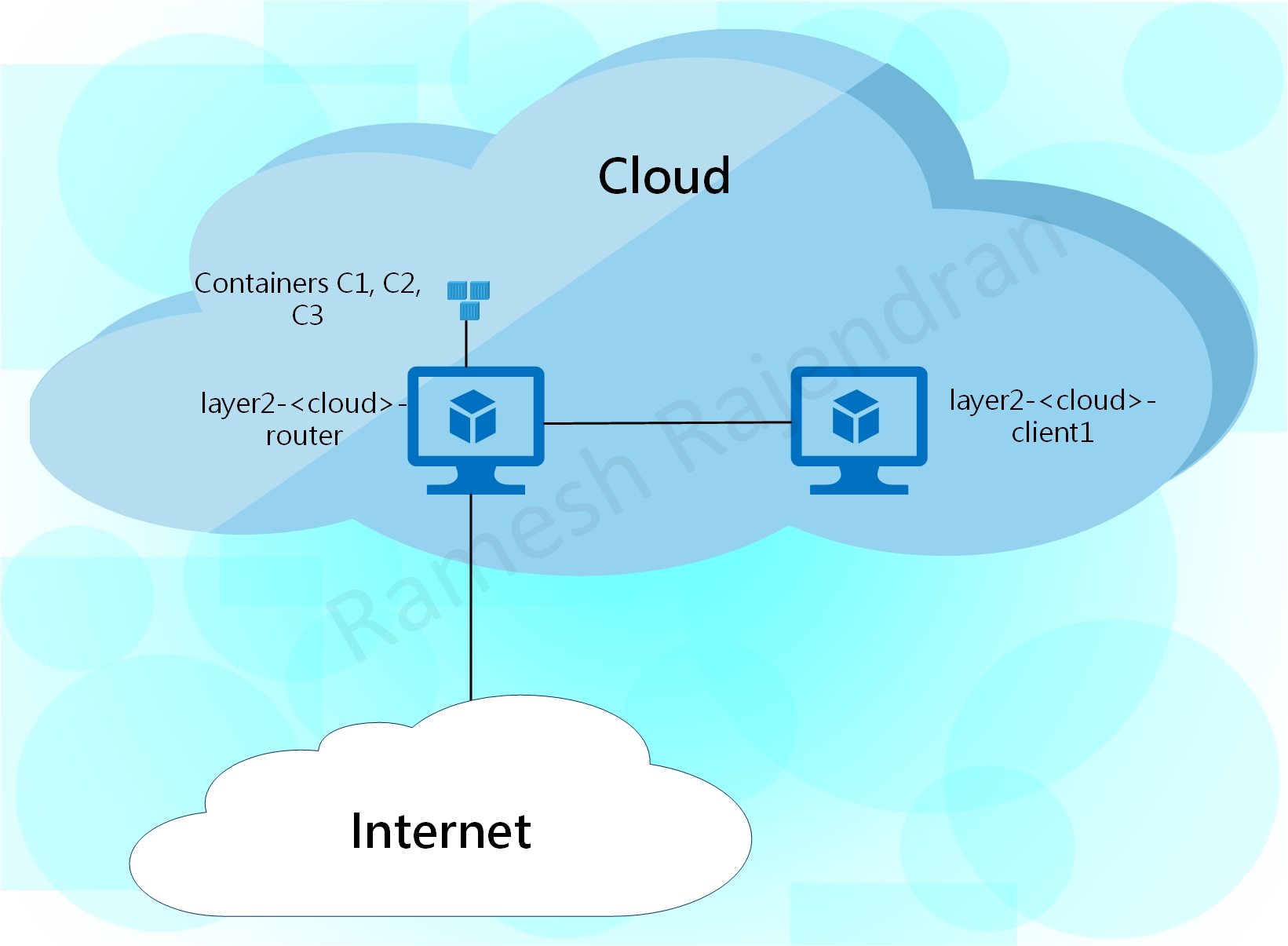 Components in a Cloud 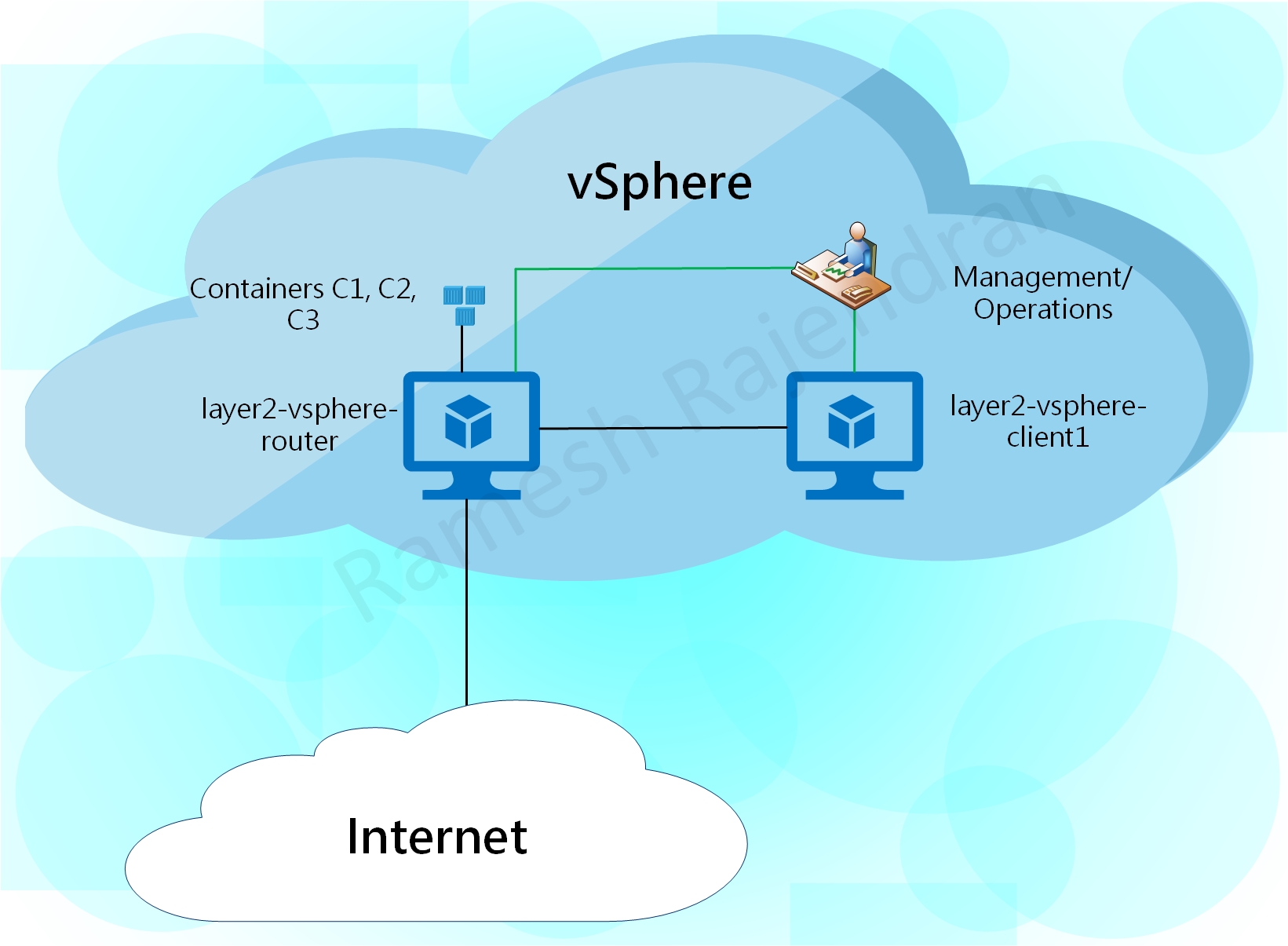 Components in a vSphere infrastructure

Even if you don’t want to deploy overlay or Multi-Cloud, you should be able to use just subset of the scripts to create Jenkins multi parallel pipelines, configure security policies, build virtual machines and attach multi NIC cards in a cloud environment.
This project utilizes below tools and scripts extensively.

Jenkins Multi Parallel pipeline is implemented to accomplish the build, test and destroy stages. You can dynamically add or remove stages. Below screenshots are showing sample pipelines. 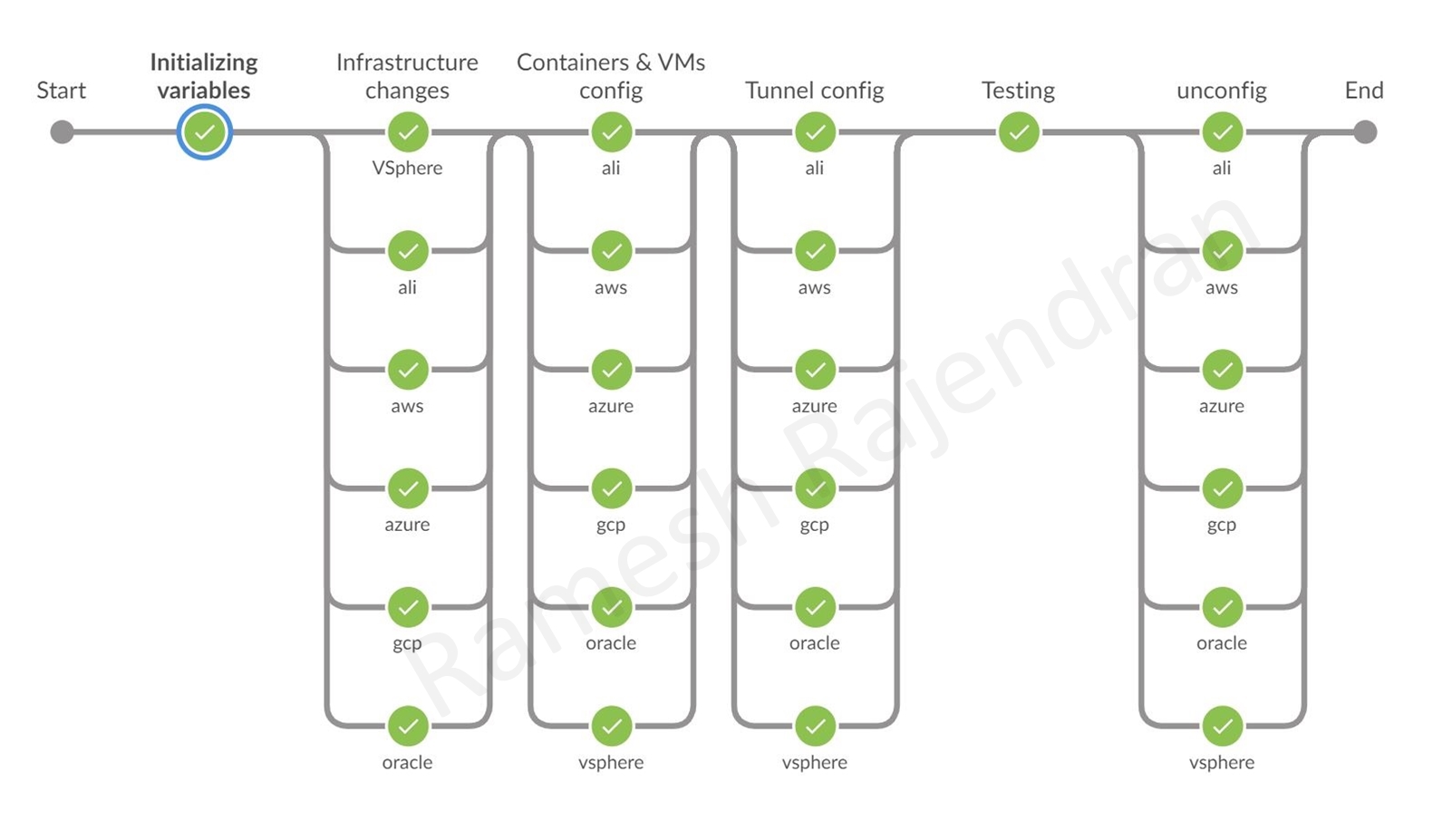 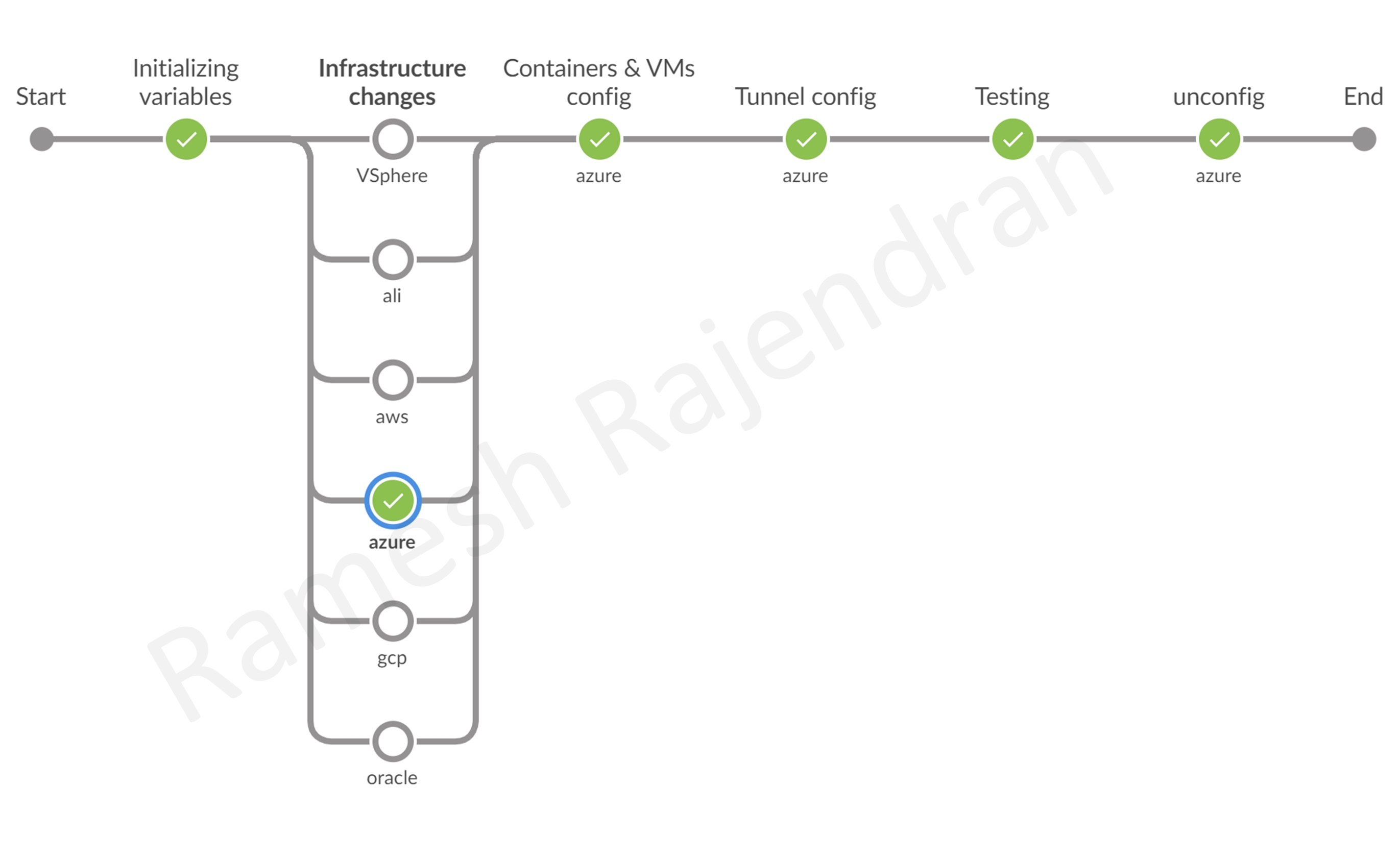 As you see in the screenshot below, I used only three clouds in this deployment. I greyed out unused clouds during build and removed all other clouds in the remaining stages. 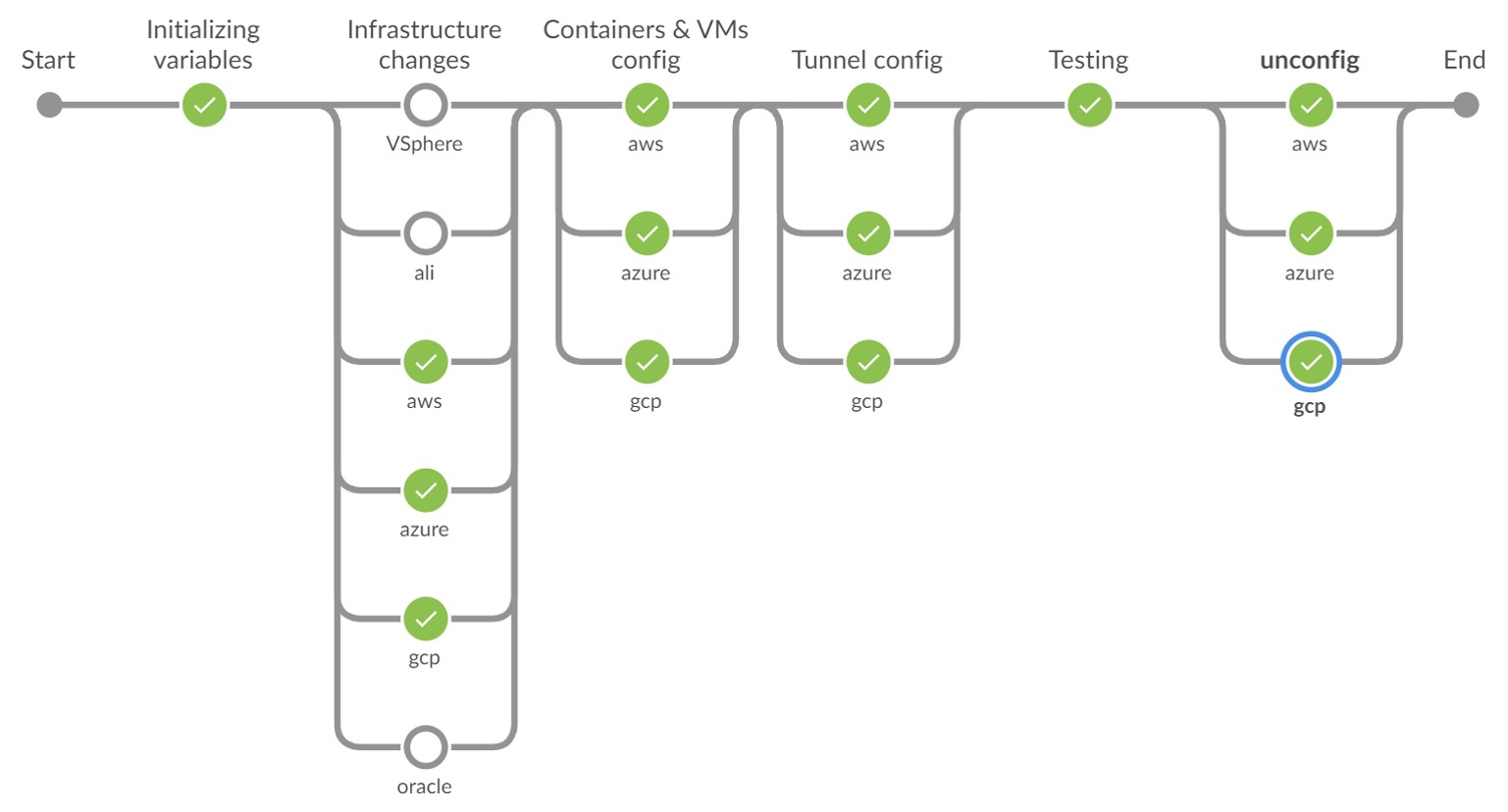 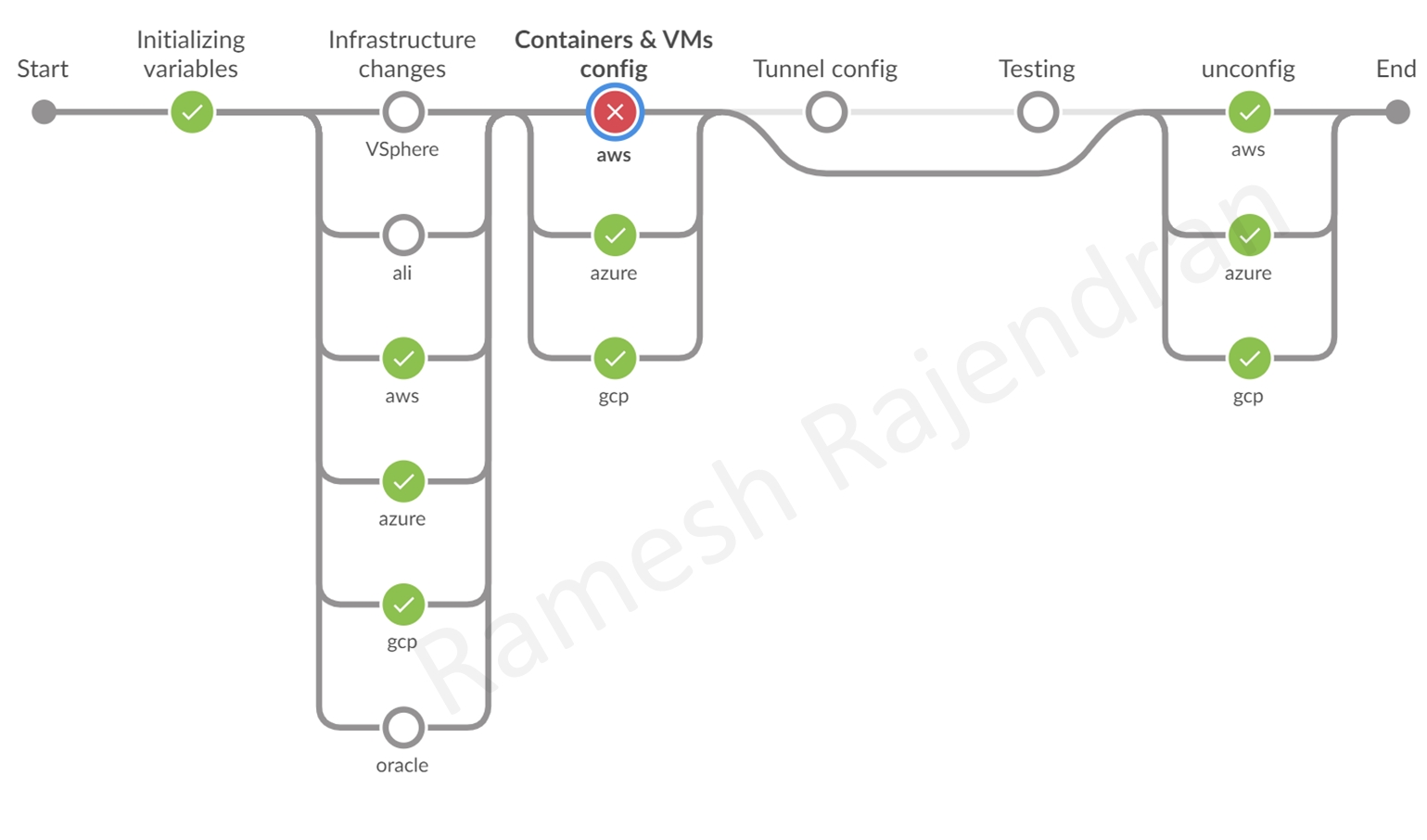 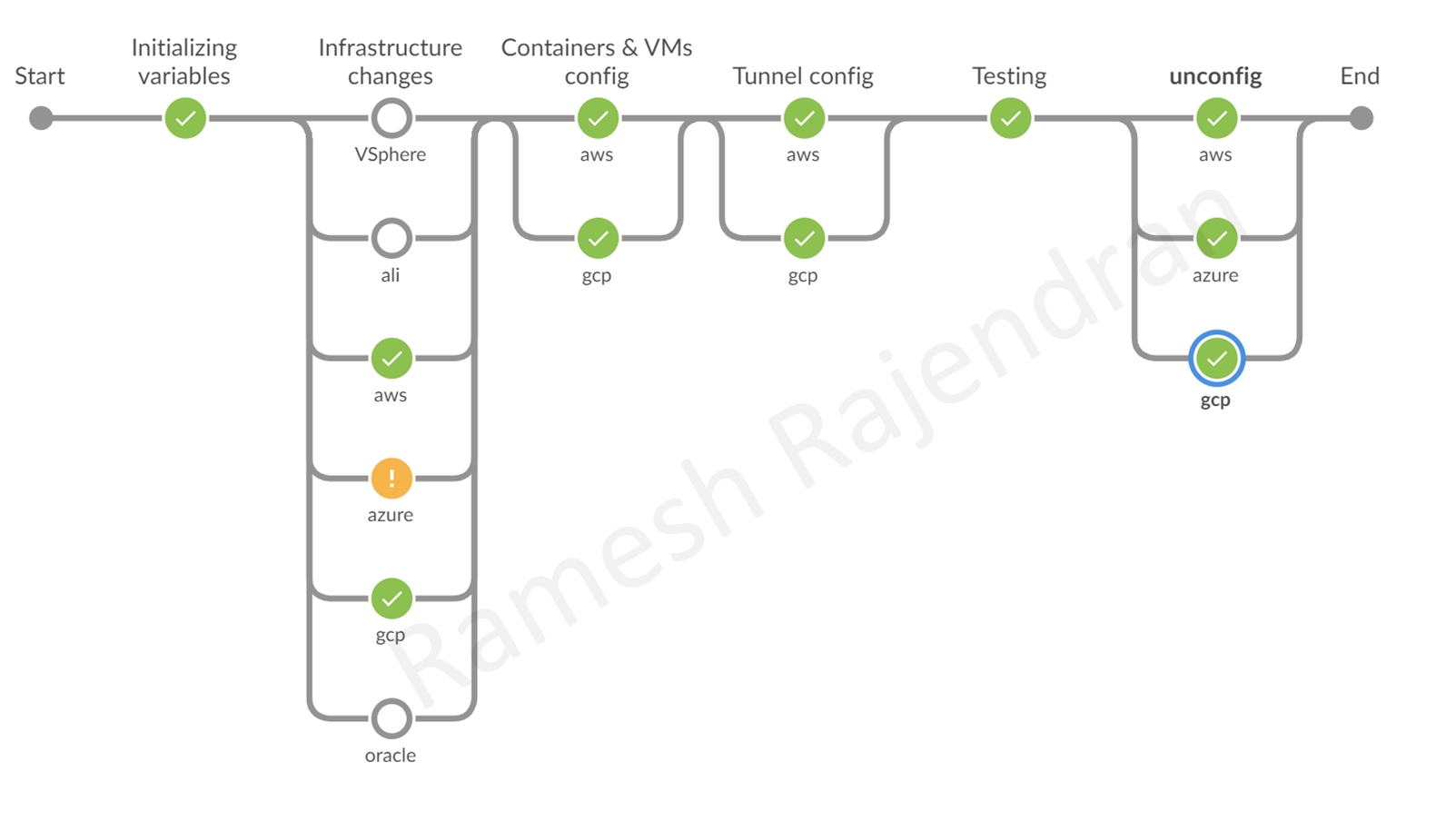 You can find a brief description on the each stage below.
In the first stage “Initializing variables”, as name states, I am assigning values for the variables. If you want to assign values dynamically prior to creating resources, you can do in this stage.


In the 3rd stage, “Containers & VMs config”, ansible scripts are bringing up containers in all router virtual machines. We are also gathering IP addresses to terminate tunnels in this stage.


In the fourth stage, “tunnel config”, this is where all magic happens, connectivity is established based on the information prepared in the previous step. Ansible scripts are bringing up tunnels between hub and spoke sites over router virtual machines. Initially, I thought of writing the tunnel configurations in Python. However, I managed to accommodate within Groovy.

Once the testing is completed, scripted stage “unconfig” will be called from the main script to destroy the all resources created in previous stages.


Router and Client virtual machines download the software packages automatically from the target servers specified in the source-list file. Automation server requires some software packages prior to running the script. I used the below software versions in my setup.

Below script removes known host from the ssh file. IPv4 and IPv6 addresses are configured on the bridge interface.
ansible-playbook /home/jenkins/workspace/MultiCloud_Overlay_master/common/VMs.yml -i 140.238.85.40, --extra-vars ip_address=192.168.2.80 ipv6_index=26

I have written five blogs on this topic. Medium.com links are mentioned below.

Video blogs are mentioned below. 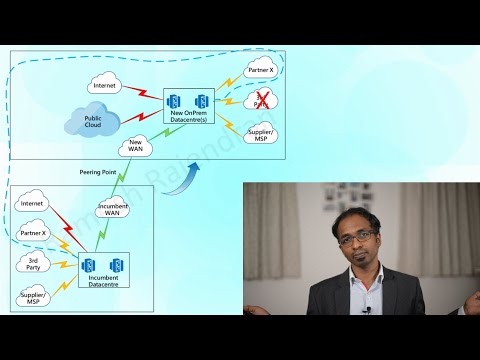 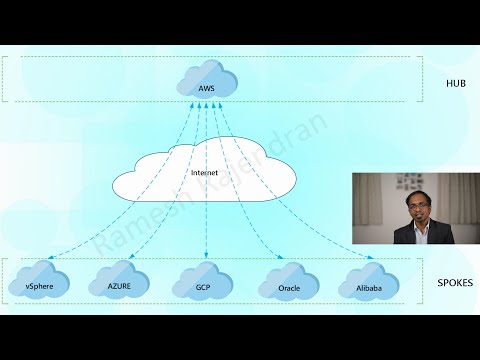 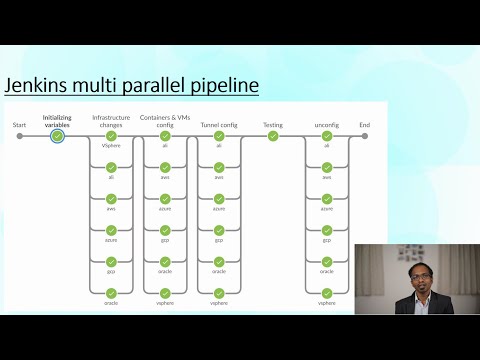 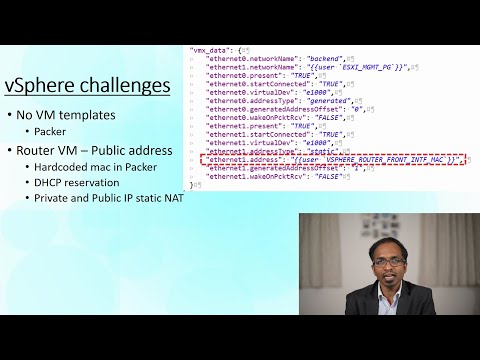 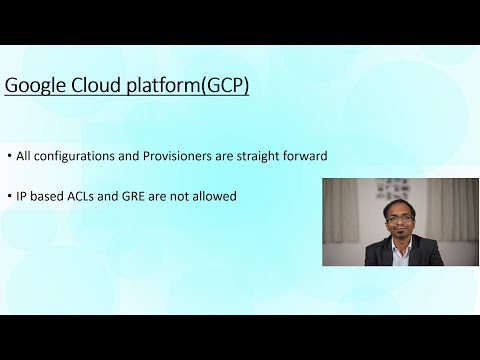