This is a Mod collection of several useful HUD altering mods. I've modified them and added features which I felt that were either needed or useful, or both. It was originally a recreated and updated version of GageHUD, since it was really painful to maintain with all the mixed up files. Over time I added more and more useful scripts and currently it becomes kind of an All-in-One solution... Not sure if I want it to become that, but at least I added ingame Options to turn off functions you don't like. ;)

I got the permission from Seven, ViciousWalrus, Undeadsewer, FishTaco, friendIyfire and Terminator01 for the use of their scripts and from Nervatel Hanging Closet Monster for using his icons.

Huge thanks to Kampfhörnchen for creating a better logo and a banner. 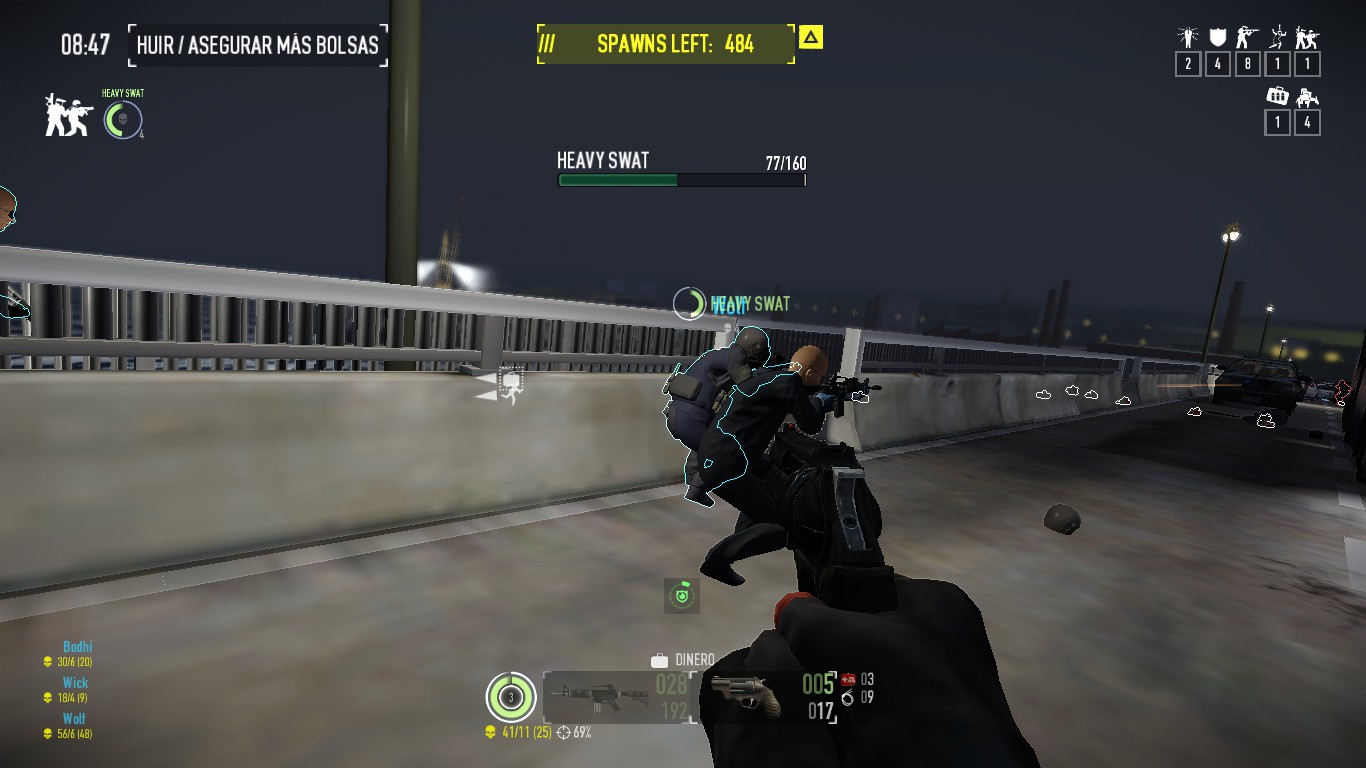 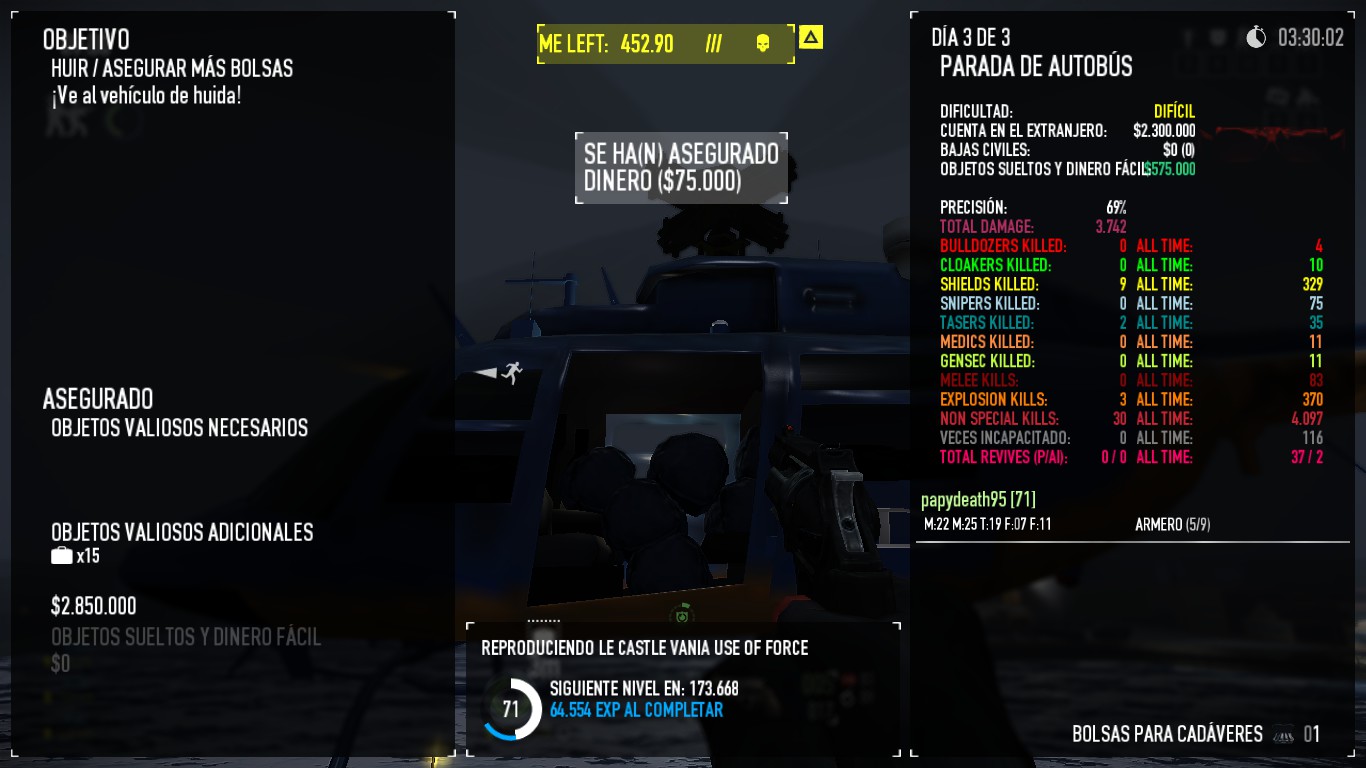 To make this mod work you will need to install SuperBLT.

Note: Regular BLT is, with Version 3.00 forward, no longer supported.

This mod uses SuperBLTs custom update URL support.
When an update is available, you'll be notified about it in the game.
The update can be downloaded and installed through SuperBLTs download manager.
(The installation-folder needs to be named WolfHUD-master for autoupdates to work!)

If you don't want/like Inventory Icons

If you encounter any bugs, feel free to post about it on the issues tab!
Please try to provide information from your crashlog and the actions you and your teammates were doing, when you crashed. ;)
The Crashlog can be found at %localappdata%/PAYDAY 2/crashlog.txt.
The BLT log can be found at PAYDAY 2/mods/logs/.

Big credit goes to all of you!
Without your awesome mods, I would have quitted this game a long time ago!
If I forgot to mention you, I'm really sorry.
Please feel free to contact me, so I can credit you, for the awesome stuff you have made :)