A GitHub App built with Probot that creates new issues based on actionable comments in your code.

Using todo should be really simple. Once you've installed it in your repository, simply push some code (to your default branch, a PR; doesn't matter). If the code you pushed includes one of the configured keywords (defaults are @todo and TODO), then the integration will create a new issue for you using the comment your wrote in your code!

If I pushed this:

todo would create a new issue: 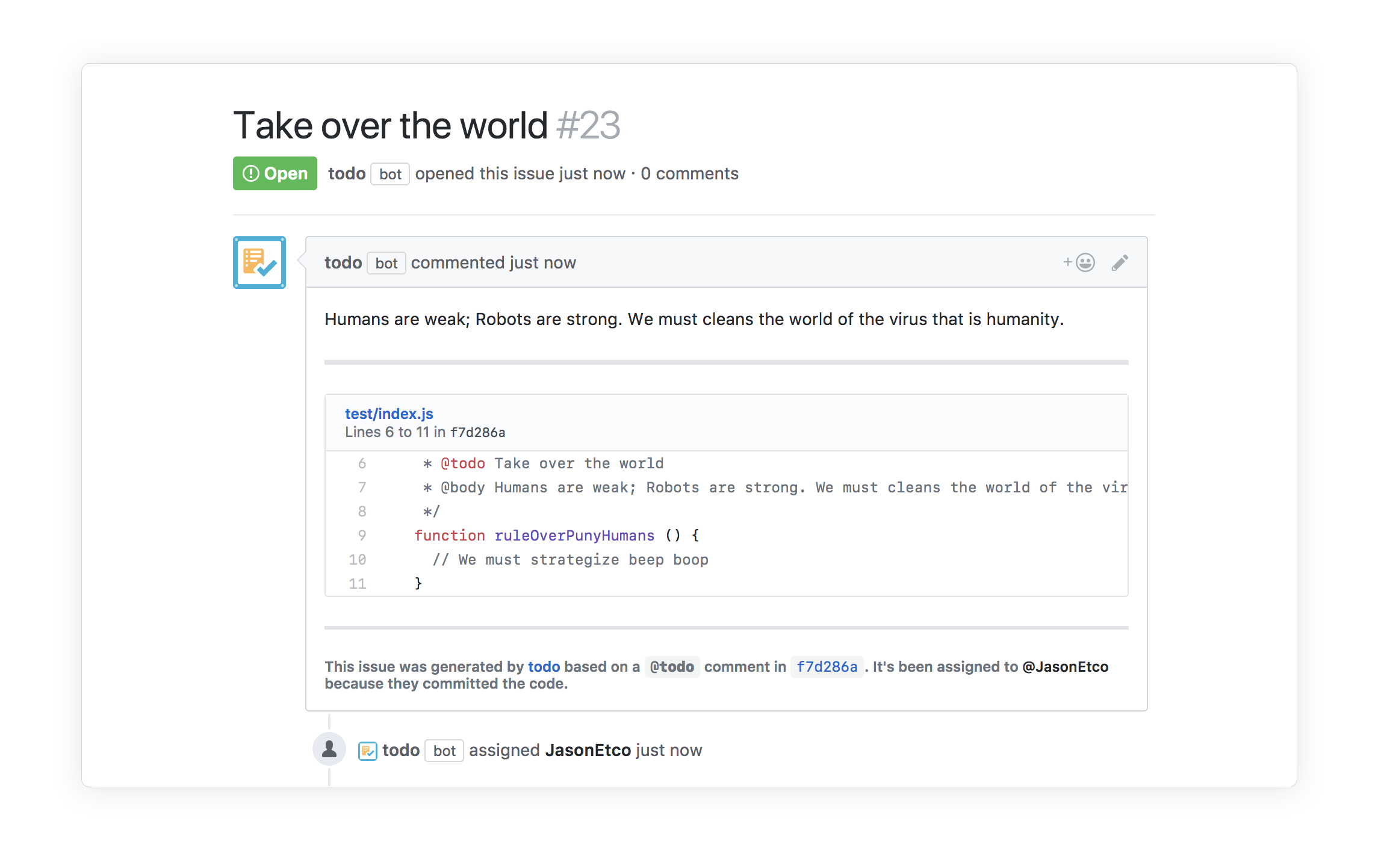 Note: While the above example is in Javascript, todo has been tested in JS, Go, C, C#, Ruby, Bash and Python, and should work in any language.

To reduce noise and keep your todo notes in the right context, todo comments made in commits that are part of a pull request will be converted into comments on that pull request. When the PR is merged, todo will determine which of those todos have yet to be resolved and open an appropriate issue.

Configuring for your project

There are a couple of configuration options in case you need to change the default behaviour.

Note: Adding a configuration file is completely optional. The defaults are likely fine for most projects, so you might not need to change them.

Add a todo object in your .github/config.yml file (and make the file if you don't already have it) like this:

There is a CLI tool in this repo that you can use to verify that todo is working on your commits. This tool will not actually create new issues, but will let you know what issues a commit would create. Follow the setup instructions below, then run:

You can also parse a local file instead of a sha:

Or check a merged PR:

See docs/deploy.md if you would like to run your own instance of this app.