The repository builds a quick and simple code for video classification (or action recognition) using UCF101 with PyTorch. A video is viewed as a 3D image or several continuous 2D images (Fig.1). Below are two simple neural nets models:

To avoid painful video preprocessing like frame extraction and conversion such as OpenCV or FFmpeg, here I used a preprocessed dataset from feichtenhofer directly. If you want to convert or extract video frames from scratch, here are some nice tutorials:

The CRNN model is a pair of CNN encoder and RNN decoder (see figure below): 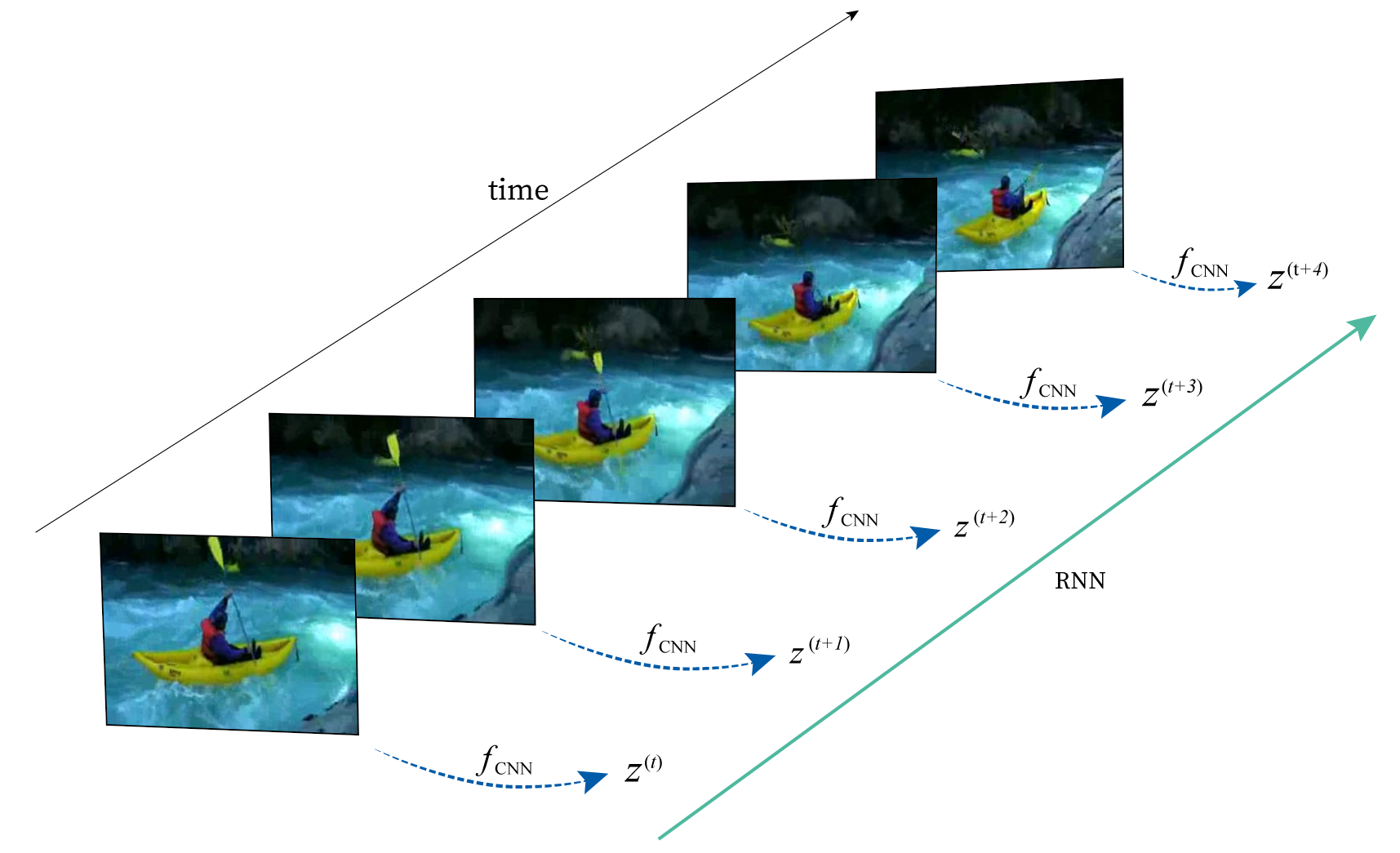 For tutorial purpose, I try to build code as simple as possible. Essentially, only 3 files are needed to for each model. eg., for 3D-CNN model

For convenience, we use preprocessed UCF101 dataset already sliced into RGB images feichtenhofer/twostreamfusion:

Put the 3 parts in same folder to unzip. The folder has default name: jpegs_256.

In UCF101_CRNN.py, for example set

By default, the model outputs: 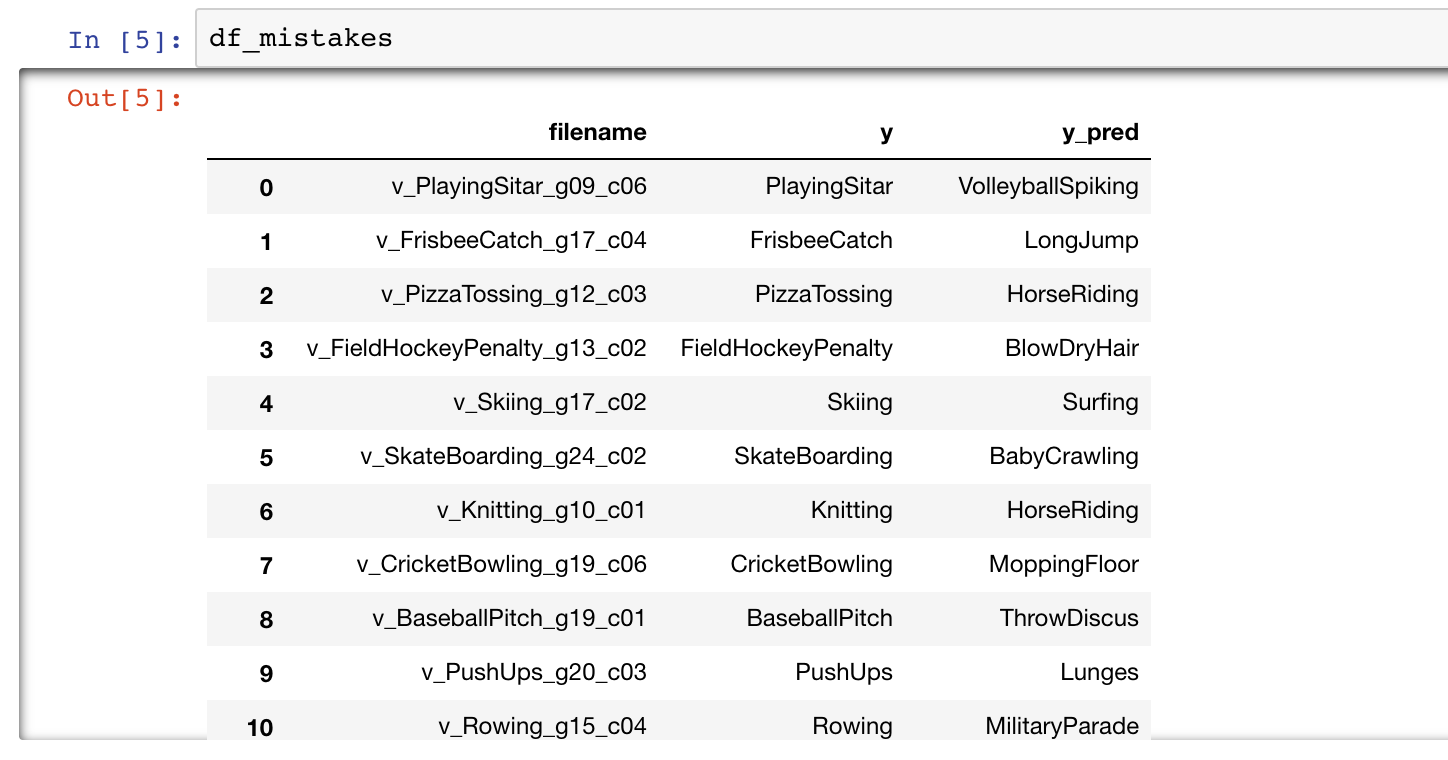 As of today (May 31, 2019), it is found that in Pytorch 1.1.0 flatten_parameters() doesn't work under torch.no_grad and DataParallel (for multiple GPUs). Early versions before Pytorch 1.0.1 still run OK. See Issues