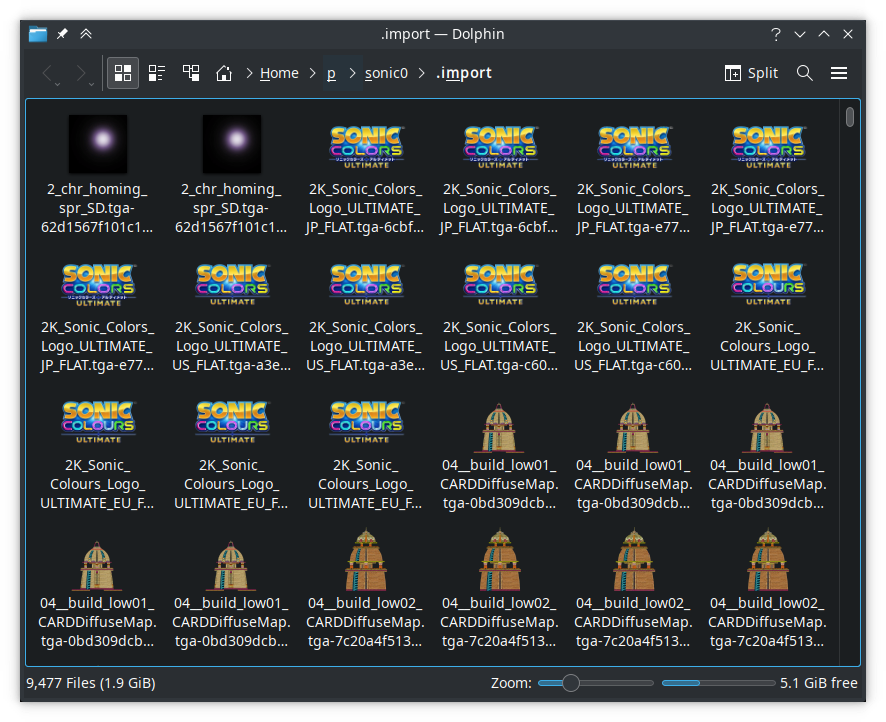 Translators needed; file an issue if you'd like to get started on a new translation, or submit a Pull Request if you have a translation ready to go.

See NEWS.md for a full list of changes in v1.9.

This is a work in progress; feedback is encouraged. To leave feedback, you can file an issue on GitHub, or visit the Gens/GS IRC channel: irc://irc.badnik.zone/GensGS

Or use the Mibbit Web IRC client: http://mibbit.com/?server=irc.badnik.zone&channel=#GensGS

Currently, the ROM Properties Page shell extension is compatible with the following platforms:

The following platforms are still compatible, but may not receive as much support:

For instructions on compiling from source, see doc/COMPILING.md .

Install the relevant .deb package, depending on what desktop environment you are using and what your CPU is.

After installing, the plugin needs to be enabled in the Dolphin file browser:

If installed correctly, thumbnails should be generated for the supported file type. You can also right-click a file, select Properties, then click the "ROM Properties" tab to view more information about the ROM image.

Extract the ZIP archive to a directory, then run install.exe. The installer requires administrator access, so click "Yes" if requested. In the installer, click the "Install" button to register the ROM Properties Page DLL.

Note that this will hard-code the location of the DLL files in the registry, so you may want to place the DLLs in a common location.

To uninstall the plugin, run install.exe again, then click the "Uninstall" button.

An initial configuration program is included with the Windows version of rom-propreties 1.0. This allows you to configure which images will be used for thumbnails on each system. The functionality is available on Linux as well, but the UI hasn't been ported over yet. See doc/rom-properties.conf.example for an example configuration file, which can be placed in ~/.config/rom-properties.

Certain parsers support the use of external media scans through an online database, e.g. GameTDB.com. This is enabled by default, but you can customize which scans are downloaded for which systems by running the configuration program, rp-config.exe.

Downloaded images are cached to the following directory:

The directory structure matches the source site, so e.g. a disc image of Super Smash Bros. Brawl would be downloaded to ~/.cache/rom-properties/wii/disc/US/RSBE01.png. Note that if the download fails for any reason, a 0-byte dummy file will be placed in the cache, which tells the shell extension not to attempt to download the file again. [FIXME: If the download fails due to no network connectivity, it shouldn't do this.]

If you have an offline copy of the GameTDB image database, you can copy it to the ROM Properties Page cache directory to allow the extension to use the pre-downloaded version instead of downloading images as needed.

Some newer formats, including Wii disc images, have encrypted sections. The shell extension includes decryption code for handling these images, but the keys are not included. To install the keys, create a text file called keys.conf in the rom-properties configuration directory:

NOTE: If a key is incorrect, any properties dialog that uses the key to decrypt data will show an error message instead of the data in question.

To encrypt or decrypt the Nintendo DS Secure Area, the Blowfish key must be named nds-blowfish.bin and placed in the same directory as keys.conf.

If you have a file that you believe should be supported by ROM Propeties, or would like to see support added for a new type, file an issue on GitHub: https://github.com/GerbilSoft/rom-properties/issues

[This list is incomplete; if you think you should be listed here, file an issue.]