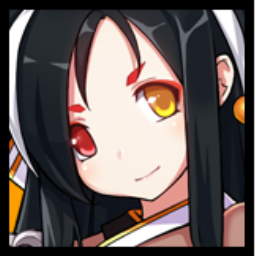 DecoraterBot is an extendable Discord bot that is written in Python. It is currently maintained and developed by @AraHaan, @DavidNeon, and rarely @JakesDen.

The bot gets updated and tested regularly. Pushes are released when features are stable.

This bot from time to time might go through some rewrites to fix major and minor bugs in code.

Because of such it might sometimes means that it drops support for other things.

A such major rewrite was the commands extension one and then soon after a rewrite yet again to drop support for Python 3.4.

The reason for dropping support for 3.4 is because Discord.py will do the same soon as well when 3.5 is released on Debian systems.

As of April 8th 2017 it is now not recommended to submit plugins to this repository. Submit them to here as a pull request instead.

I recommend using git clone --recursive <repo> on this bot's repository to get the submodules to this bot.

To run this bot you will need 2 things:

Before setting configuration be sure to copy Credentials_example.json to Credentials.json.

More Documentation on setting that file is here.

After you have configurated the bot with a token you can run the bot like so:

with DecoraterBot.bat that uses the version of python you have on the windows path environment variable.

Note: Before running any of those above patch files you need to run this file below to install dependencies on your version of python you installed.

install_deps.bat installs dependencies on the version of python you have on the windows path environment variable.

with DecoraterBot-35.sh that uses the current installed Python 3.5 Interpreter.

with DecoraterBot-36.sh that uses the current installed Python 3.6 Interpreter.

First things first you need to install to ensure you have libffi-dev installed. You will have to also install ffmpeg.

Now you have to install all dependencies to the bot using these files (only after you install libffi-dev and ffmpeg):

However you will also need to ensure you have the latest libopus installed.

This bot should work on other platforms as well, provided that all the dependencies work for it as well.

Want to help with the bot?

Join the official Cheese.lab servers to help test and contribute to the development of the bot.