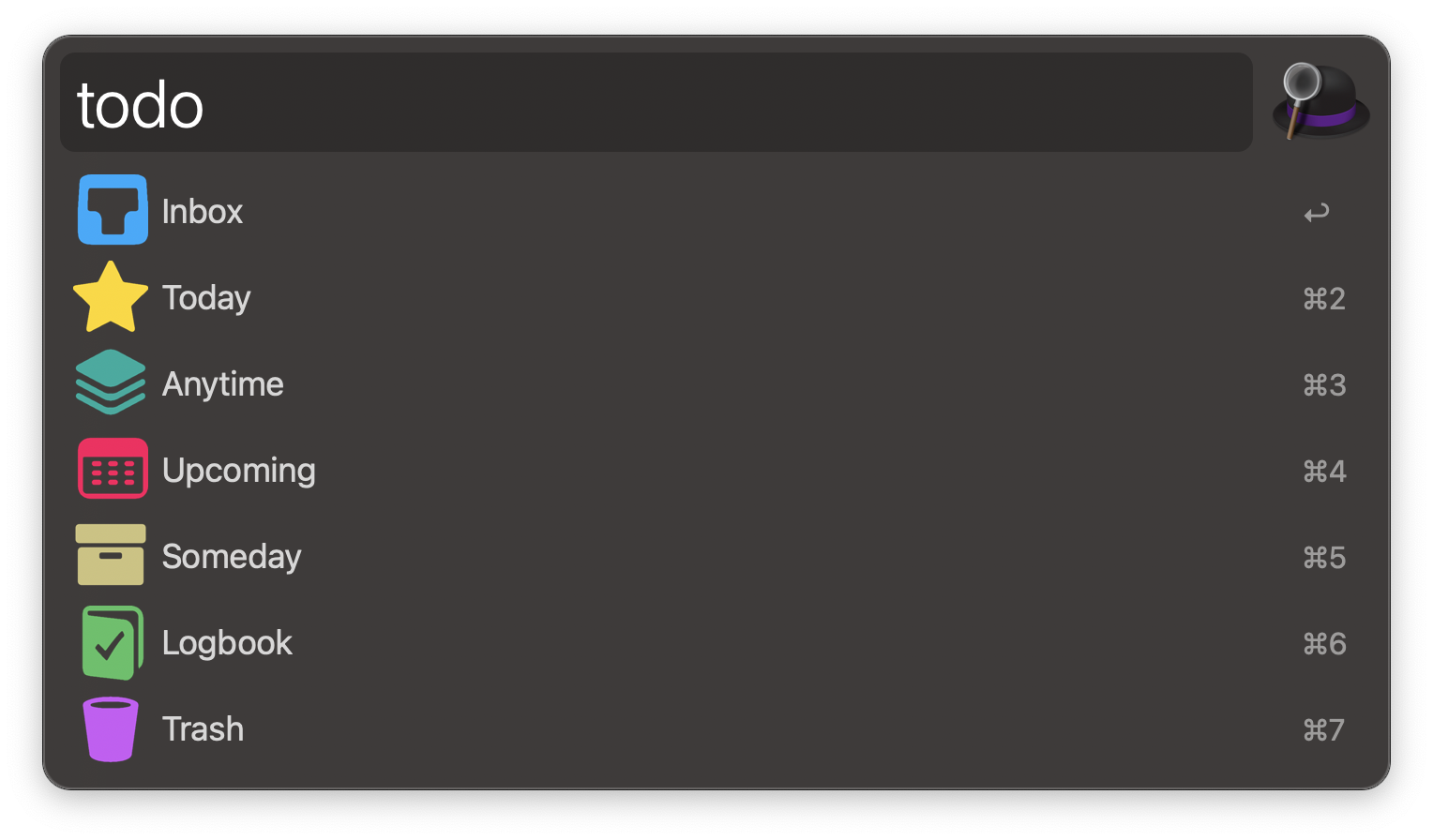 Download the workflow file from GitHub releases and install it by double-clicking on Things.alfredworklow.

To report a bug or request a feature, please create an issue or submit a pull request.

This workflow relies on OneUpdater by Vítor Galvão. The to-do icon is created by Jason Zigrino and released under the Creative Commons BY-NC-ND 3.0 license.

Things workflow is released under the MIT License.

Get A Weekly Email With Trending Projects For These Topics
No Spam. Unsubscribe easily at any time.
alfred (124)
applescript (91)
alfred-workflow (90)
alfred3-workflow (30)