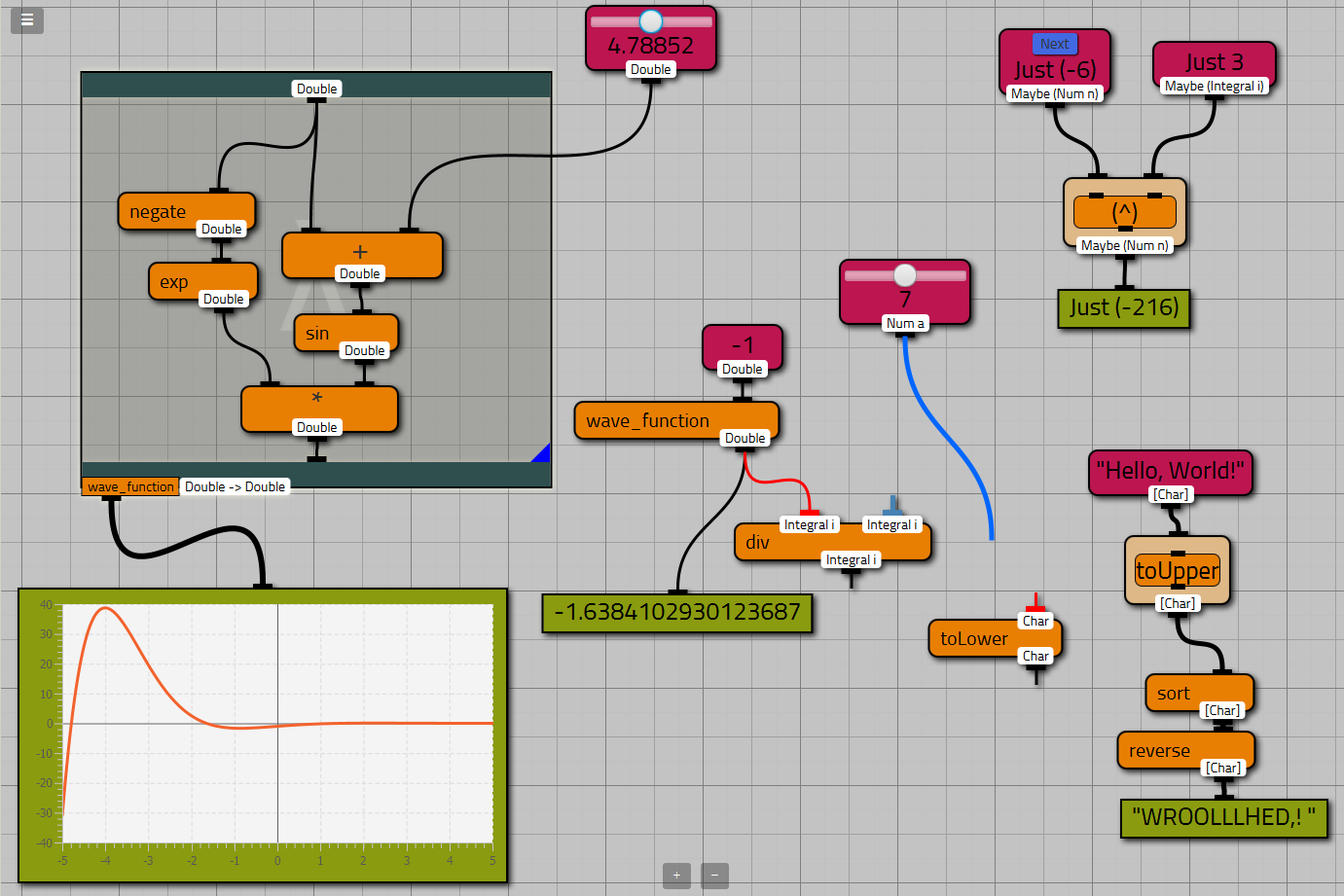 While many visual programming languages/environments exist, they are often restricted to some application domain or a specific target audience. The potential of advanced type systems and higher level abstractions in visual programming has barely been explored yet.

Short project overview presentation as given on the Dutch Functional Programming Day of Jan 8, 2016.

Viskell is not yet usable for anything practical, however suggestions from curious souls are very welcome. While being nowhere near a complete programming language, most basic features have an initial implementation. Every aspect of the design and implementation is still work in progress, but ready for demonstration purposes and giving an impression of its potential.

To build an executable .jar file that includes dependencies, check out this repository, then run

Java(FX) 8u40 or newer, GHC and QuickCheck are required. Importing as a Maven project into any Java IDE should also work.

You can also download the latest release or a the latest bleeding-edge build.

Using the touch interface (and the mouse alternatives)