Optional dependencies (they should be installed with apt-get/apt)

If you prefer an isolated installation from the system libraries, type the following commands:

To create a shortcut for bauh on your desktop menu:

In order to initialize bauh with the system, use your Desktop Environment settings to register it as a startup application / script (bauh-tray). Or create a file named bauh.desktop in ~/.config/autostart with the content below:

bauh is officially distributed through PyPi and AUR (bauh / bauh-staging) 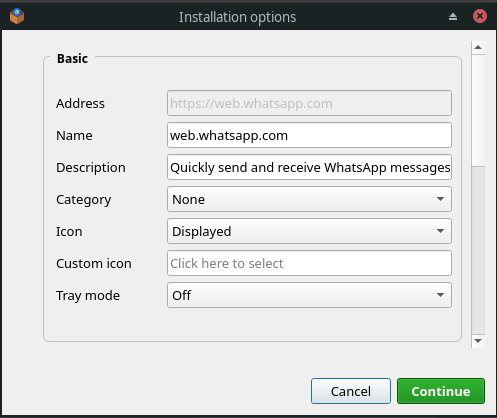 You can change some application settings via environment variables or arguments (type bauh --help to get more information).

It is a separate repository with some files downloaded during runtime.