This project uses Redis/Celery, python, and vagrant with virtualbox to do adversarial simulation. This allows you to test (mostly) your host based instrumentation but may also allow you to test any network based detection and controls depending on how you set up your vagrants.

The project parses yaml files with actions and uses celery to queue these actions up and run them one at a time without interaction.

There is also a wiki

Just run the python and yaml file of your choice

The most important parts are the OS field and the purple_actions

os: will tell the tool which vagrant to send the command to, obviously *nix commands on windows wont work out so well

purple_actions: an array of commands to run sequentially

The code will be looking for a scenario: True field and scenario_actions list. Example below: 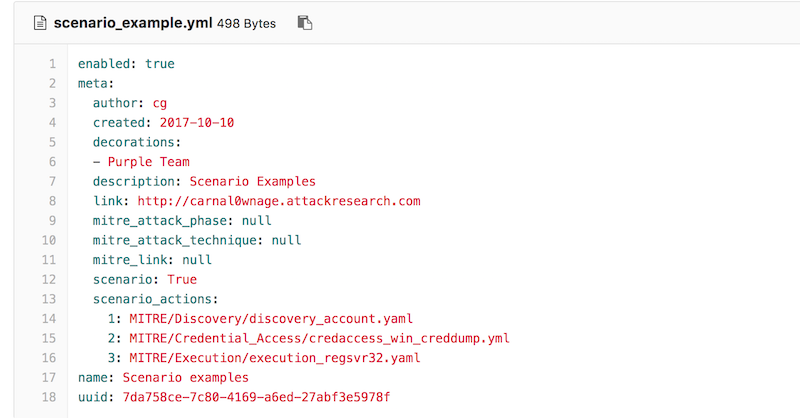 The tool takes the string from purple_actions and encapsulates it in quotes. Therefore you need to escape any other quotes, ticks, weird shell characters in your command.

Metta (Pali) Loving kindness, gentle friendship; a practice for generating loving kindness said to be first taught by the Buddha as an antidote to fear. It helps cultivate our natural capacity for an open and loving heart and is traditionally offered along with other Brahma-vihara meditations that enrich compassion, joy in the happiness of others and equanimity. These practices lead to the development of concentration, fearlessness, happiness and a greater ability to love.