This utility helps you explore what Chrome processes are saying to each other under the hood in real-time, using Wireshark.

It captures data sent over the Named Pipe Inter-Process-Communication (IPC) primitive and sends it over to dissection. 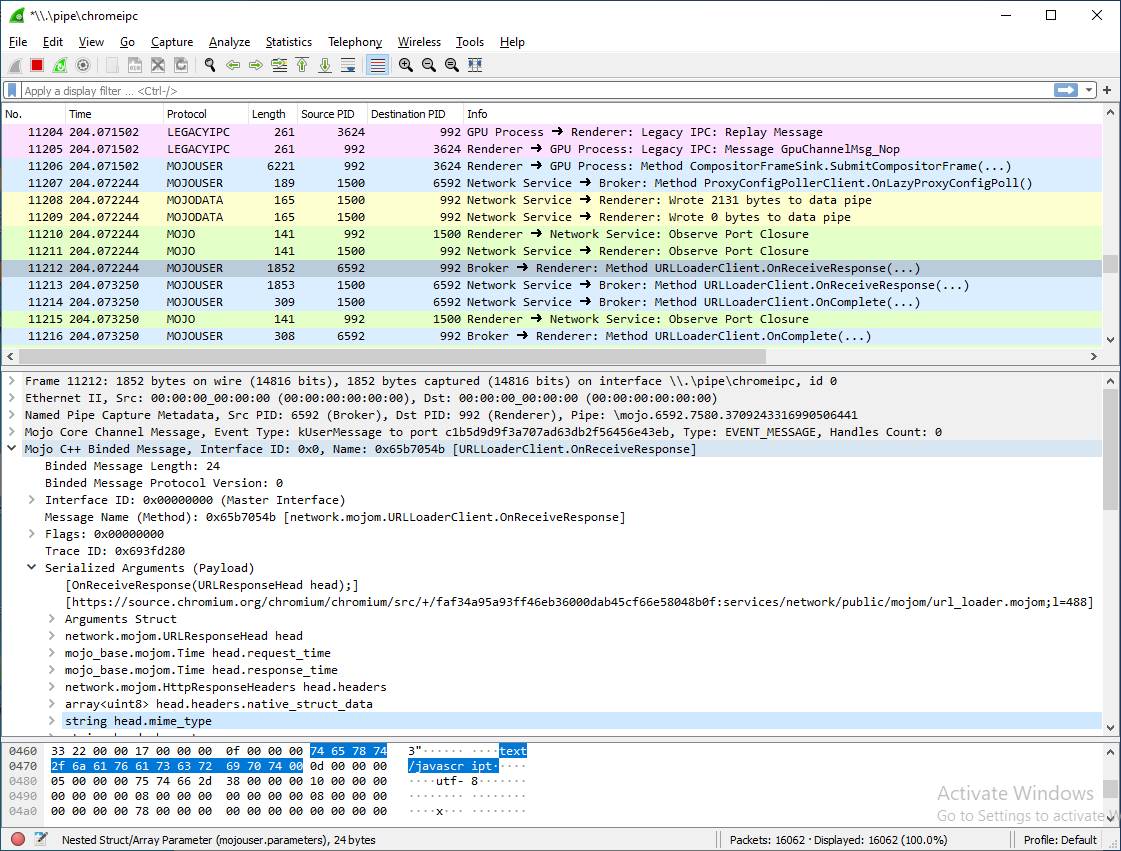 What can I see using this?

You are welcomed to look at some traffic examples as well.

However, this project won't see anything that doesn't go over pipes, which is mostly shared memory IPC:

You can download pre-compiled binaries from the Releases page, and run:

[P.S. The pipe \\.\pipe\chromeipc has nothing to do with Chrome itself, it's just where this tool will output its traffic to]

If you don't like pre-built binaries, you can clone and compile this repository at least using Visual Studio 2015. Note that it depends on the Newtonsoft.Json package.

It's worth noting that you can filter the results in Wireshark to show only packets of interest. Examples:

By default, the LUA dissectors will only show Nested Struct/Array trees and won't try to go through all the fields. You can enable deep inspection, but it's slow for a large number of packets and not complete.

tdevmonc.sys (or Tibbo Device Monitor) is a third-party kernel-mode driver that is used to capture the Named Pipe traffic. The reason to include it is to avoid the need to enable test signing or to tamper with chrome processes.

The driver works by IoAttachDeviceToDeviceStacking on top of the \Device\NamedPipe device and acting as a filter driver. Then the data that is written to pipes is exposed to user mode using various IOCTLs.

You can find sources for this driver here, as well as binaries and PDB here.

Note that this driver is used by IO ninja, which is not entirely freeware. Also note this driver does not practically support unloading once it attaches to at least one device (you need to reboot).