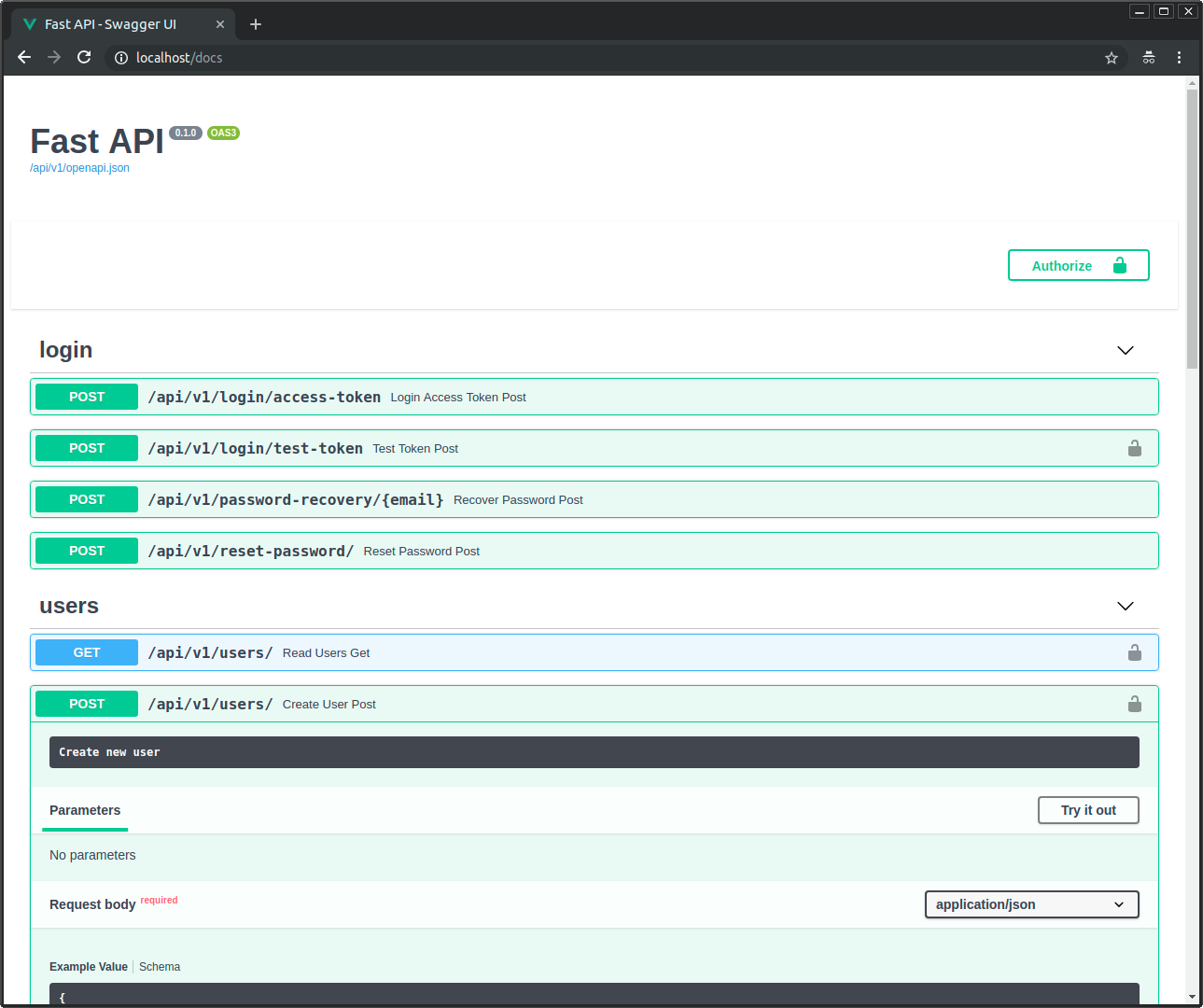 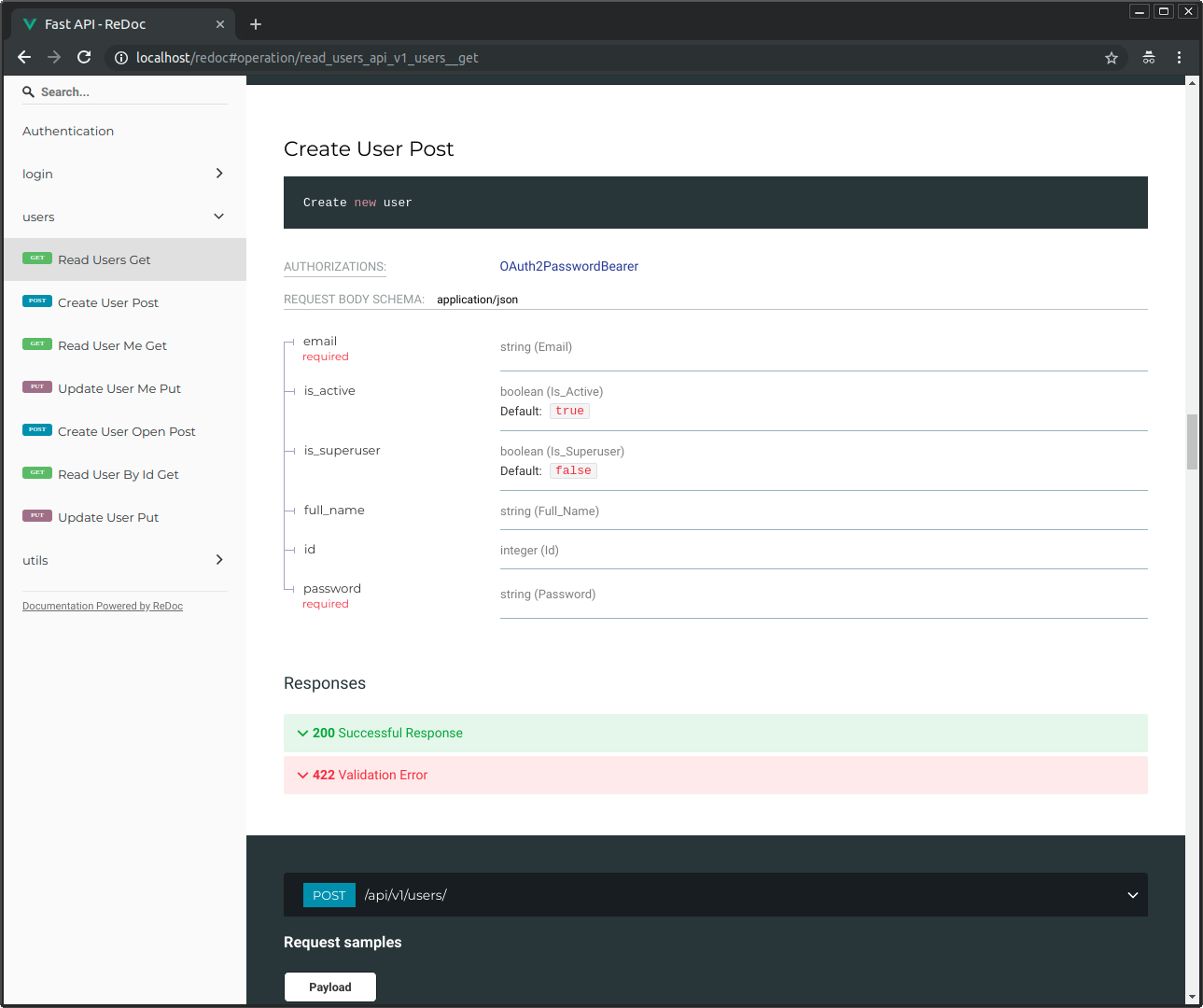 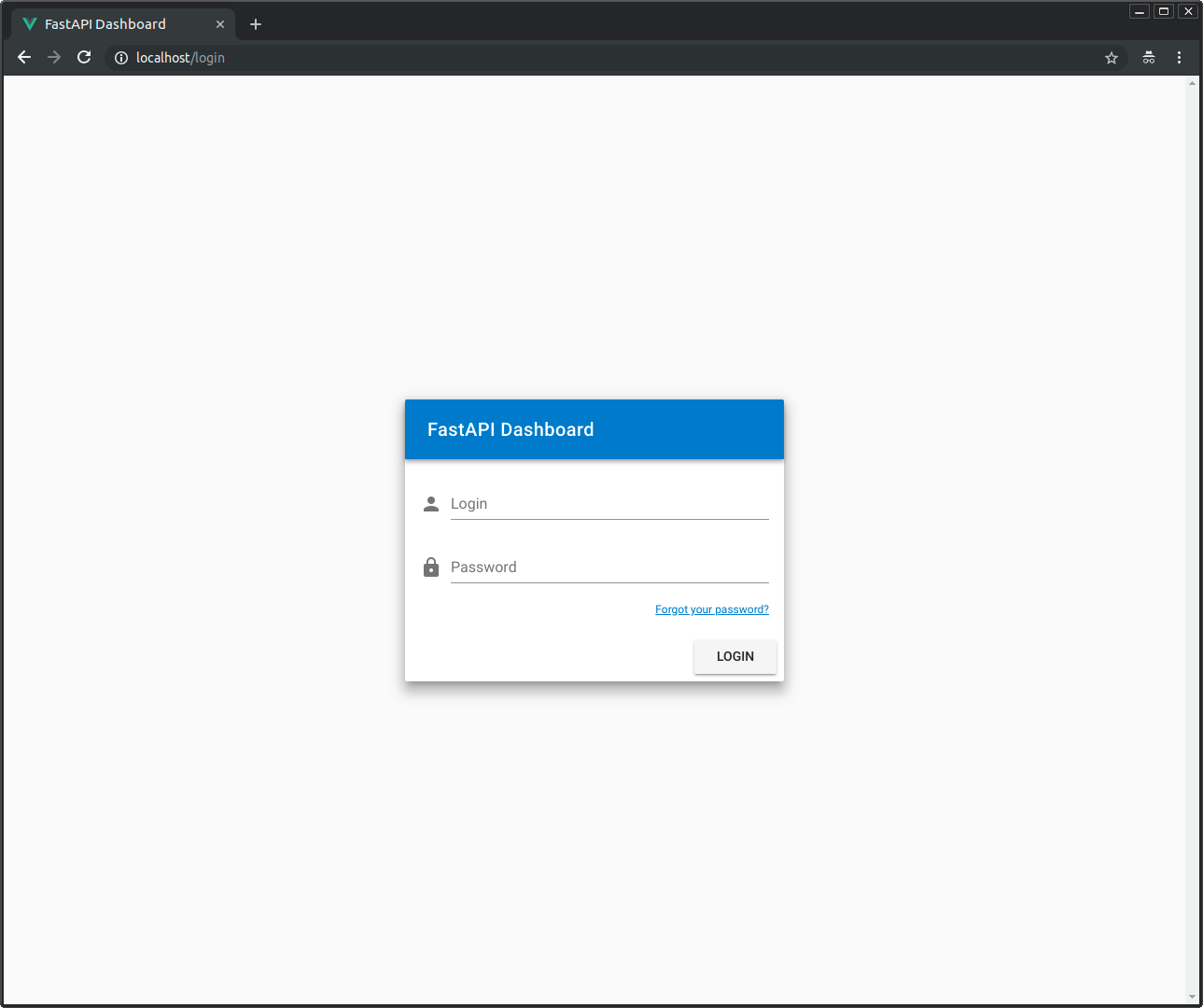 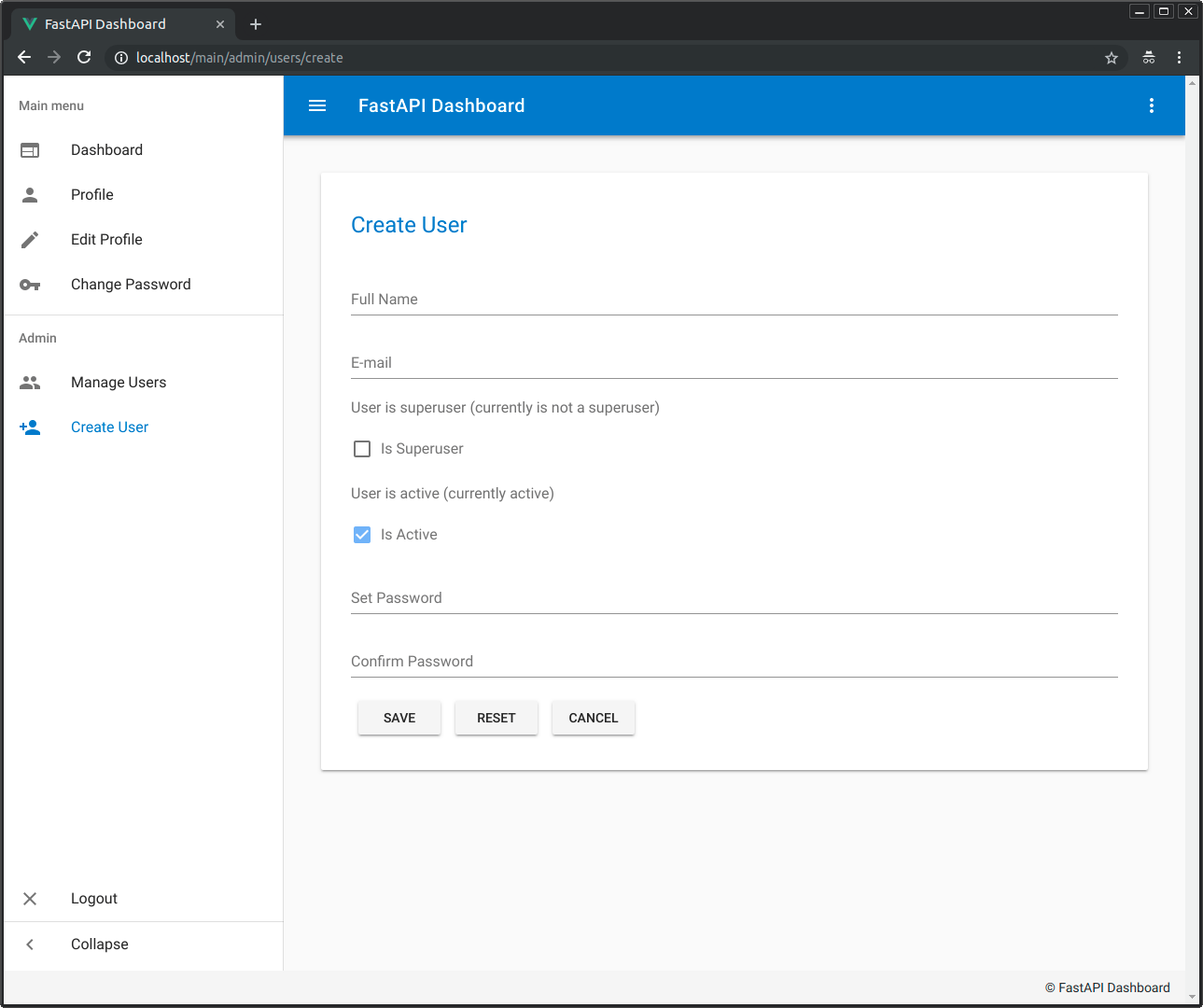 Go to the directory where you want to create your project and run:

You will be asked to provide passwords and secret keys for several components. Open another terminal and run:

Copy the contents and use that as password / secret key. And run that again to generate another secure key.

The generator (cookiecutter) will ask you for some data, you might want to have at hand before generating the project.

The input variables, with their default values (some auto generated) are:

This stack can be adjusted and used with several deployment options that are compatible with Docker Compose, but it is designed to be used in a cluster controlled with pure Docker in Swarm Mode with a Traefik main load balancer proxy handling automatic HTTPS certificates, using the ideas from DockerSwarm.rocks.

Please refer to DockerSwarm.rocks to see how to deploy such a cluster in 20 minutes.

After using this generator, your new project (the directory created) will contain an extensive README.md with instructions for development, deployment, etc. You can pre-read the project README.md template here too.