This project is paused. Feel free to fork it if you want to improve it

Look at your windows and desktops from above. 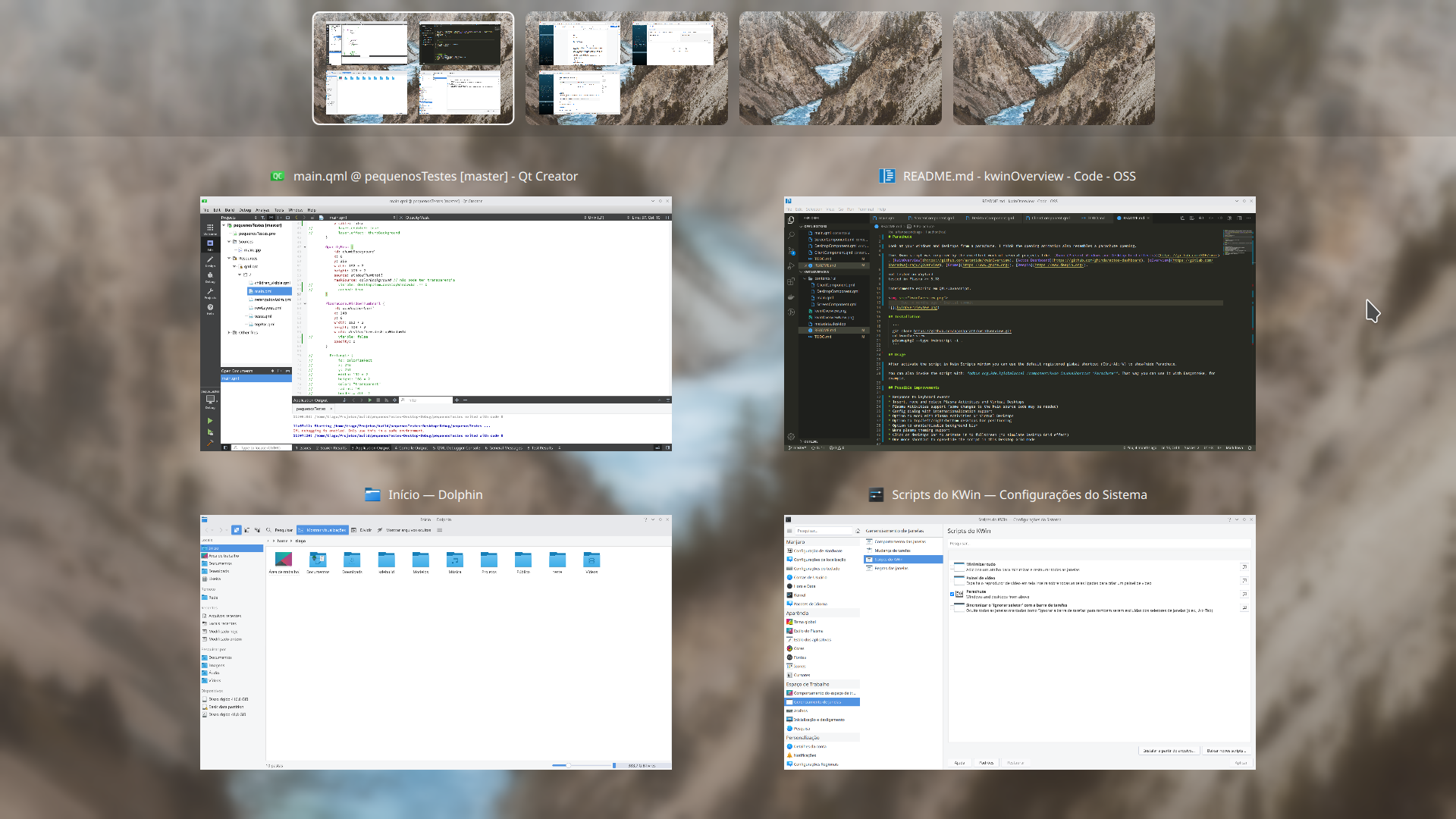 If you have installed through Plasma's Get Hot New Stuff (Kde Store) you must execute the following commands on terminal to install the configuration dialog. You only need to do this once.

To uninstall, first go to the folder where you cloned Parachute, then run:

After activate the script in KWin Scripts window you can use the default registered global shortcut Ctrl+Super+D (Ctrl+Meta+D) to show/hide Parachute.

You can also invoke the script with: qdbus org.kde.kglobalaccel /component/kwin invokeShortcut Parachute. Similarly you can: integrate it with easystroke, configure it to be invoked with meta key, etc.