Strelka differs from its sibling projects in a few significant ways:

Strelka is a modular data scanning platform, allowing users or systems to submit files for the purpose of analyzing, extracting, and reporting file content and metadata. Coupled with a SIEM, Strelka is able to aggregate, alert, and provide analysts with the capability to better understand their environment without having to perform direct data gathering or time-consuming file analysis.

This section should be used as a demonstration of Strelka. Please review the documentation for details on how to properly build and deploy Strelka.

By default, Strelka is configured to use a minimal "quickstart" deployment that allows users to test the system. As noted above, this configuration is not recommended for production deployments, but may suffice for environments with very low file volume (<50k files per day). Using two Terminal windows, do the following:

Step 3: Add File Paths / Patterns to be Scanned to fileshot.yaml

Terminal 1 runs a full Strelka cluster with logs printed to stdout and Terminal 2 is used to send files to the cluster. fileshot.yaml will need the patterns field updated to identify files to scan, by default scan results will be written to ./strelka.log.

With over 50 file scanners for the most common file types (e.g., exe, docx, js, zip), Strelka provides users with the ability to gain new insights into files on their host, network, or enterprise. While Strelka is not a detection engine itself (although it does utilize YARA, it can provide enough metadata to identify suspicious or malicious files. Some potential uses for Strelka include: 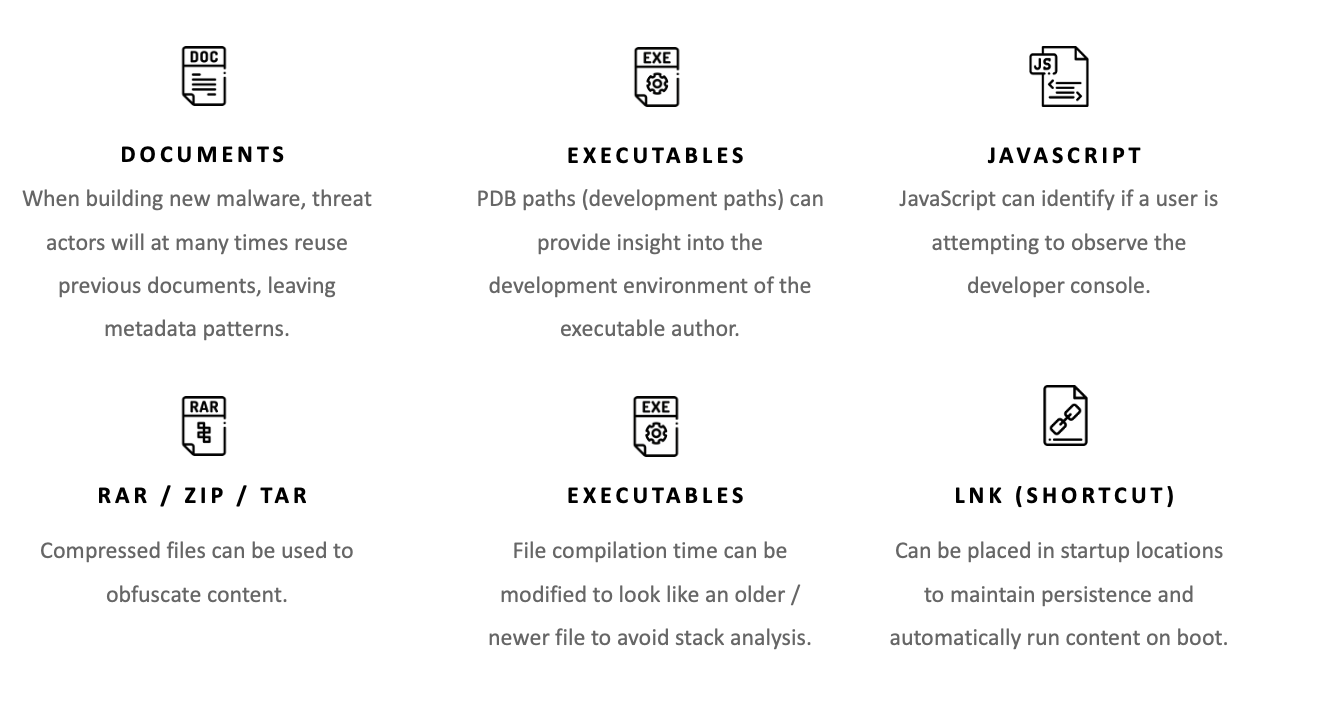 More documentation about Strelka can be found in the README, including:

Guidelines for contributing can be found here.

Strelka and its associated code is released under the terms of the Apache 2.0 License.