Below diagram will aid in understanding the flow better 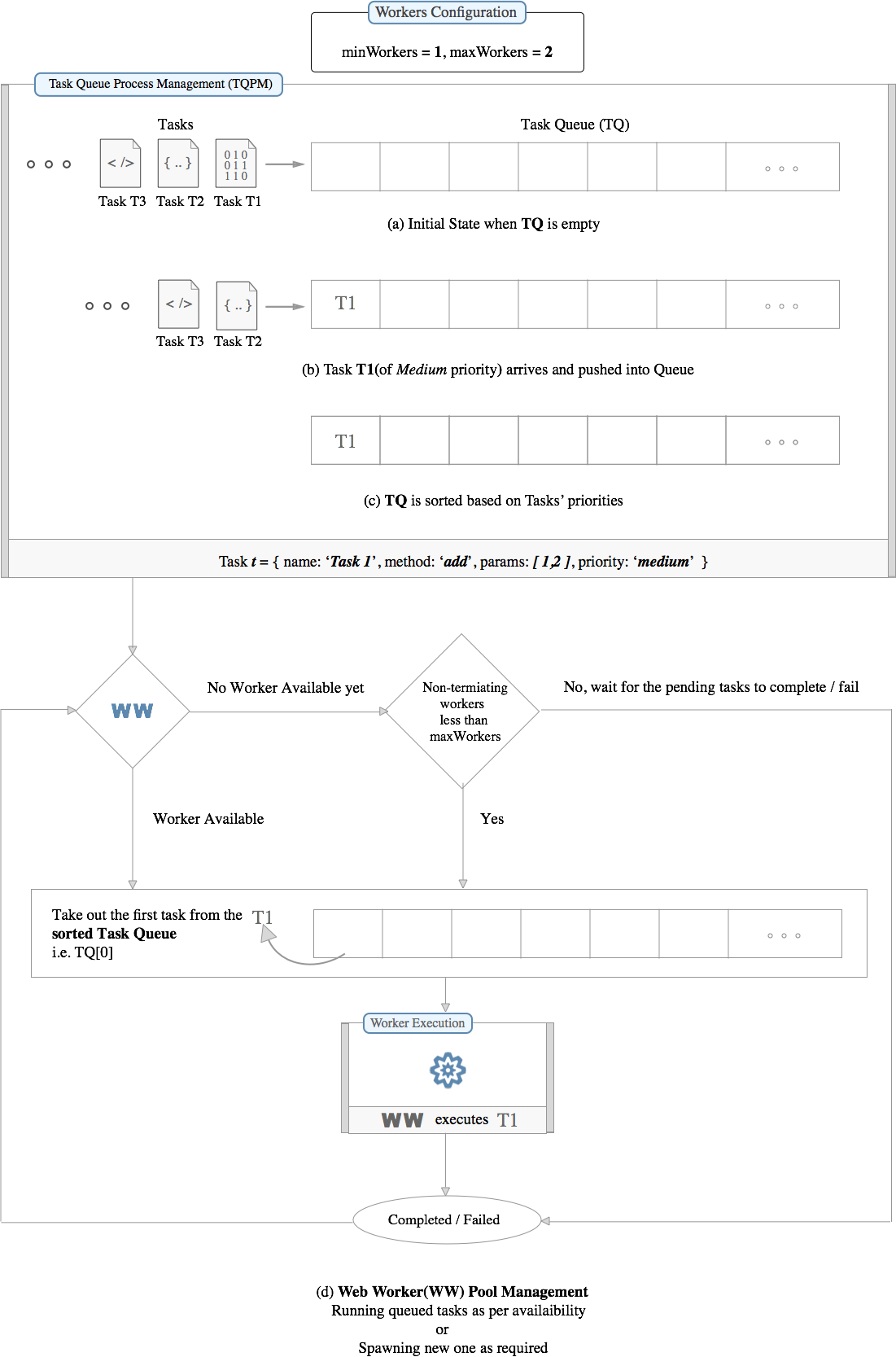 Lets have the following worker configuration:

Create an instance / reference before using.

Constructor accepts a configurable Object with the following keys.

Note: Url of the worker script is mandatory.

Constructor doesn't need any configuration but would accept a configurable Object with different keys that would not be used by the library.

Refer above section on how to create an instance before hitting API methods.

Tested in Chrome, Firefox and IE(versions >= 9).

Note: If adding site to the list of sites using super-workers, please mention where to verify this in the PR description.

Please don't hesitate to buy me a cup of coffee :)