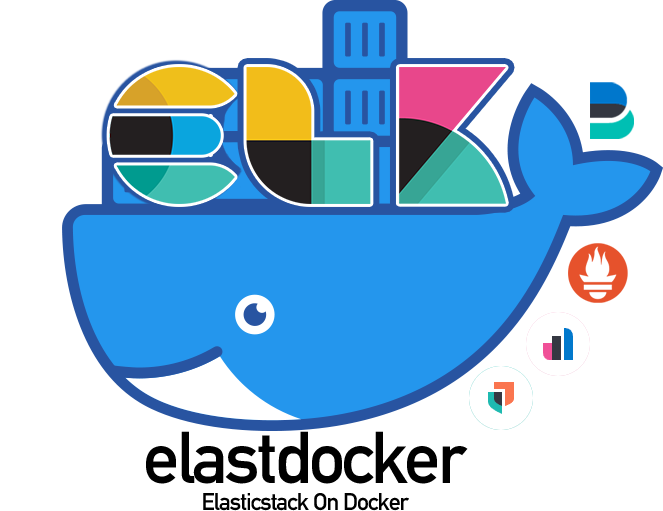 Configured to be ready to be used for Log, Metrics, APM, Alerting, Machine Learning, and Security (SIEM) usecases.

Elastic Stack (ELK) Docker Composition, preconfigured with Security, Monitoring, and Tools; Up with a Single Command.

You can change Elastic Stack version by setting ELK_VERSION in .env file and rebuild your images. Any version >= 8.0.0 is compatible with this template.

Whatever your Host (e.g AWS EC2, Azure, DigitalOcean, or on-premise server), once you expose your host to the network, ELK component will be accessible on their respective ports. Since the enabled TLS uses a self-signed certificate, it is recommended to SSL-Terminate public traffic using your signed certificates.

To start ingesting logs, you can start by running make collect-docker-logs which will collect your host's container logs. 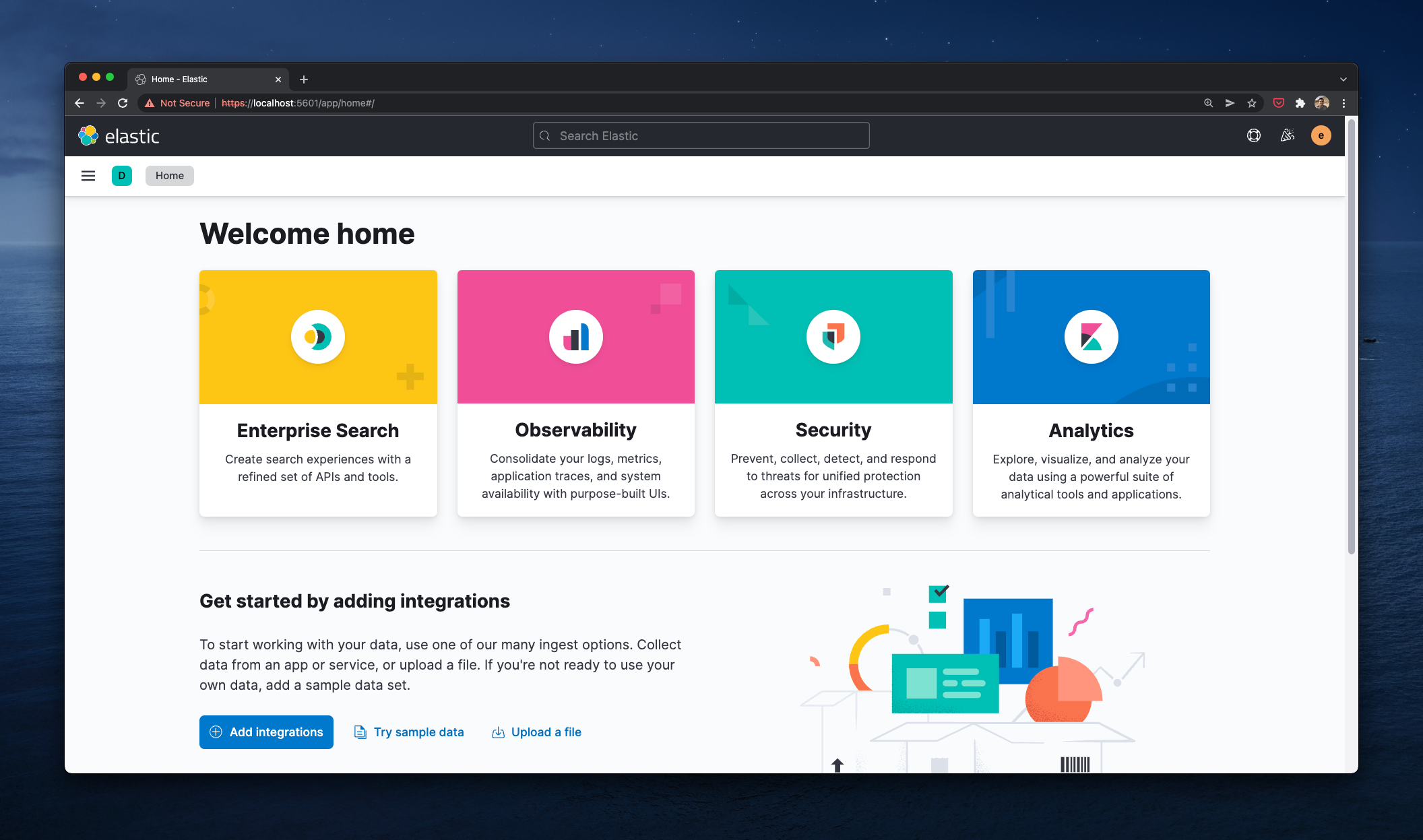 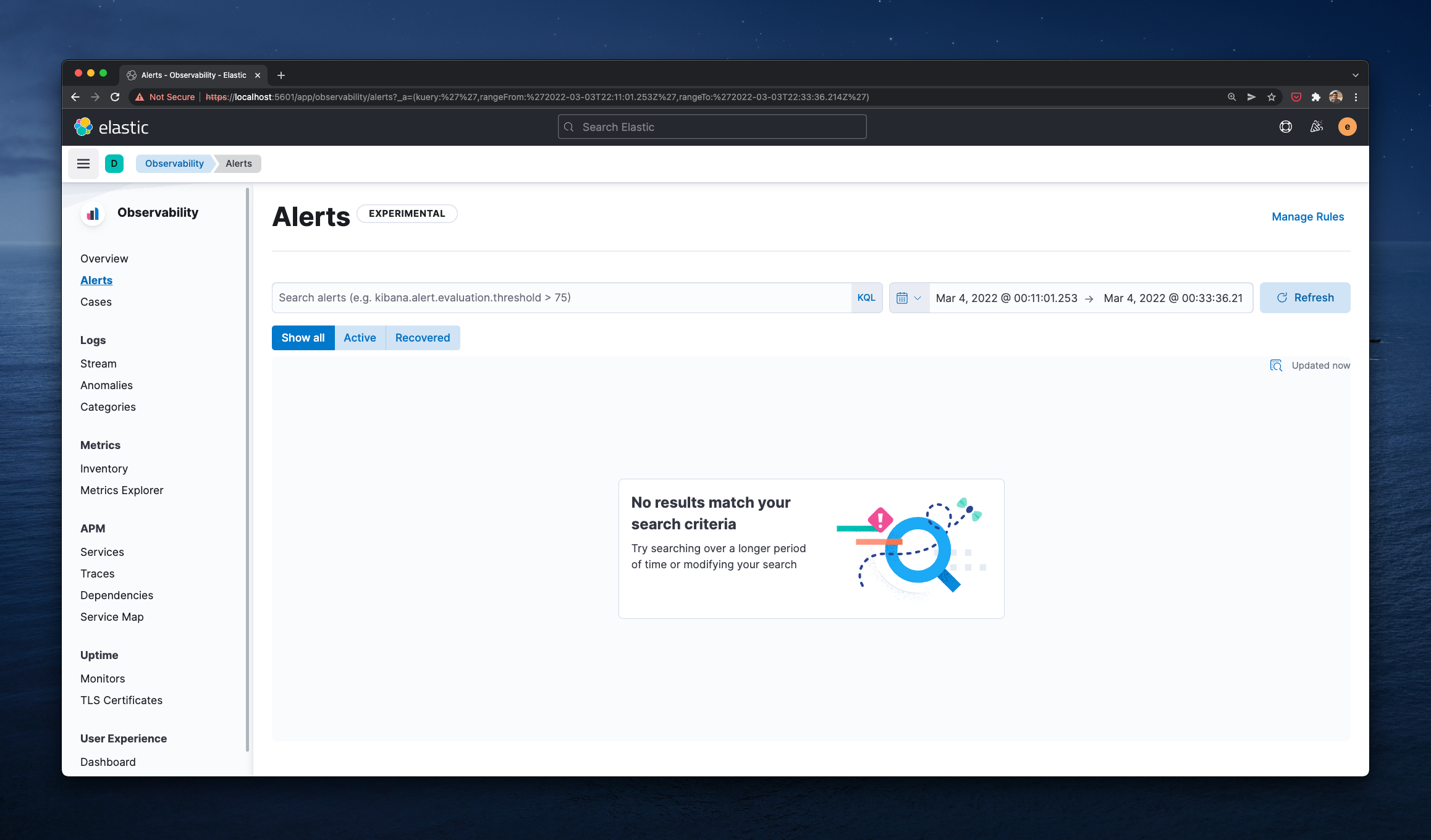 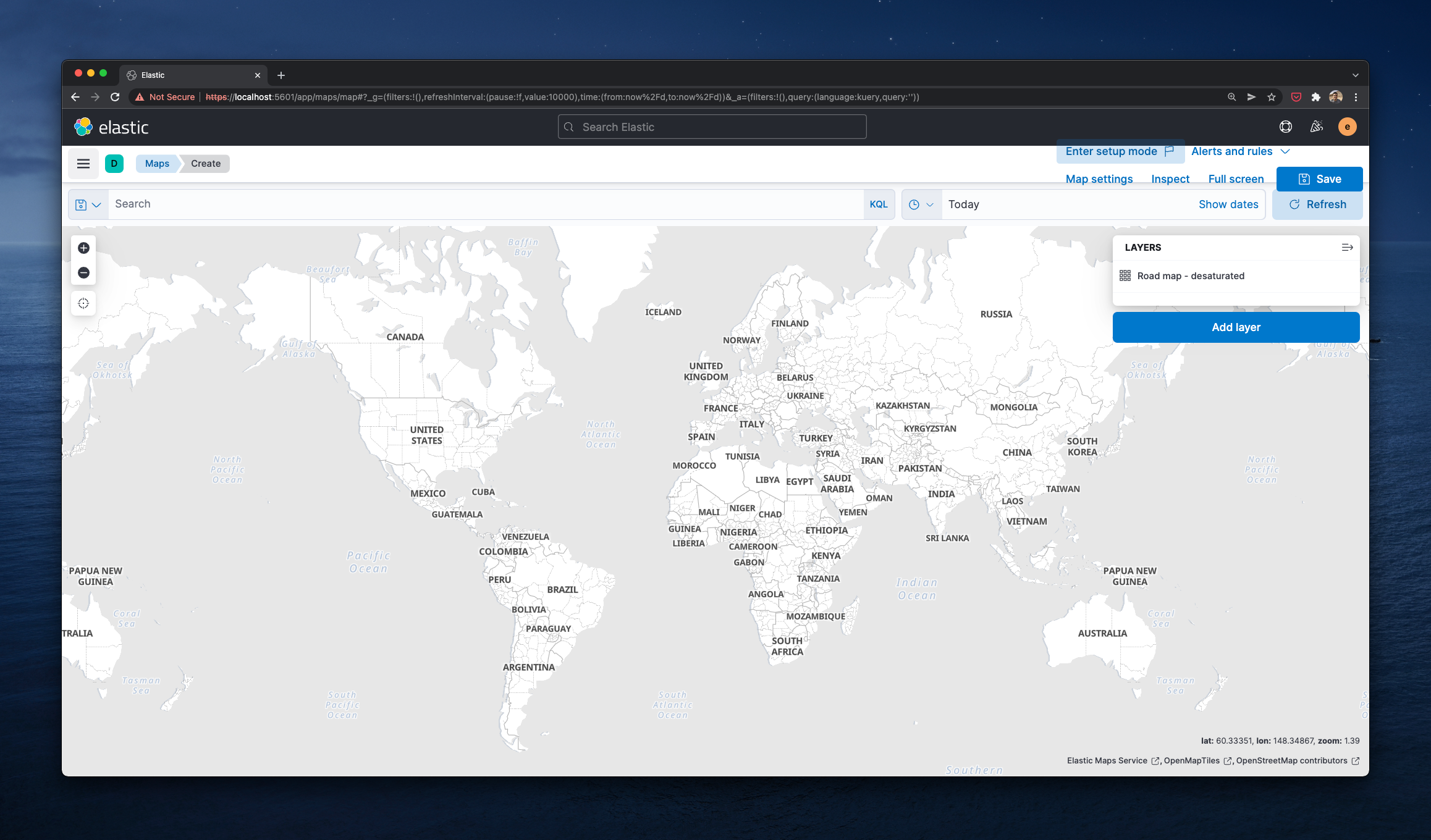 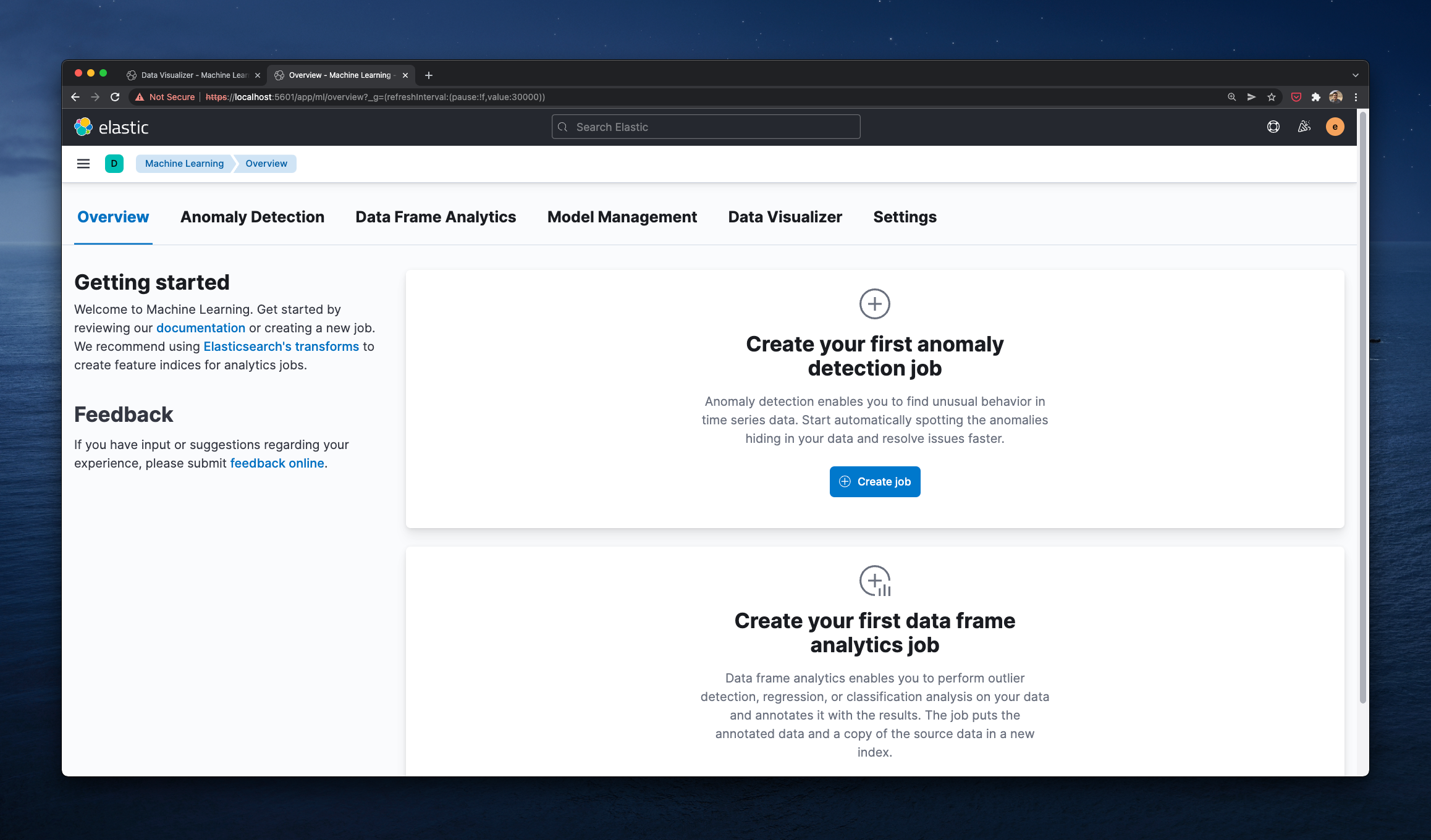 Head to Stack Monitoring tab in Kibana to see cluster metrics for all stack components. 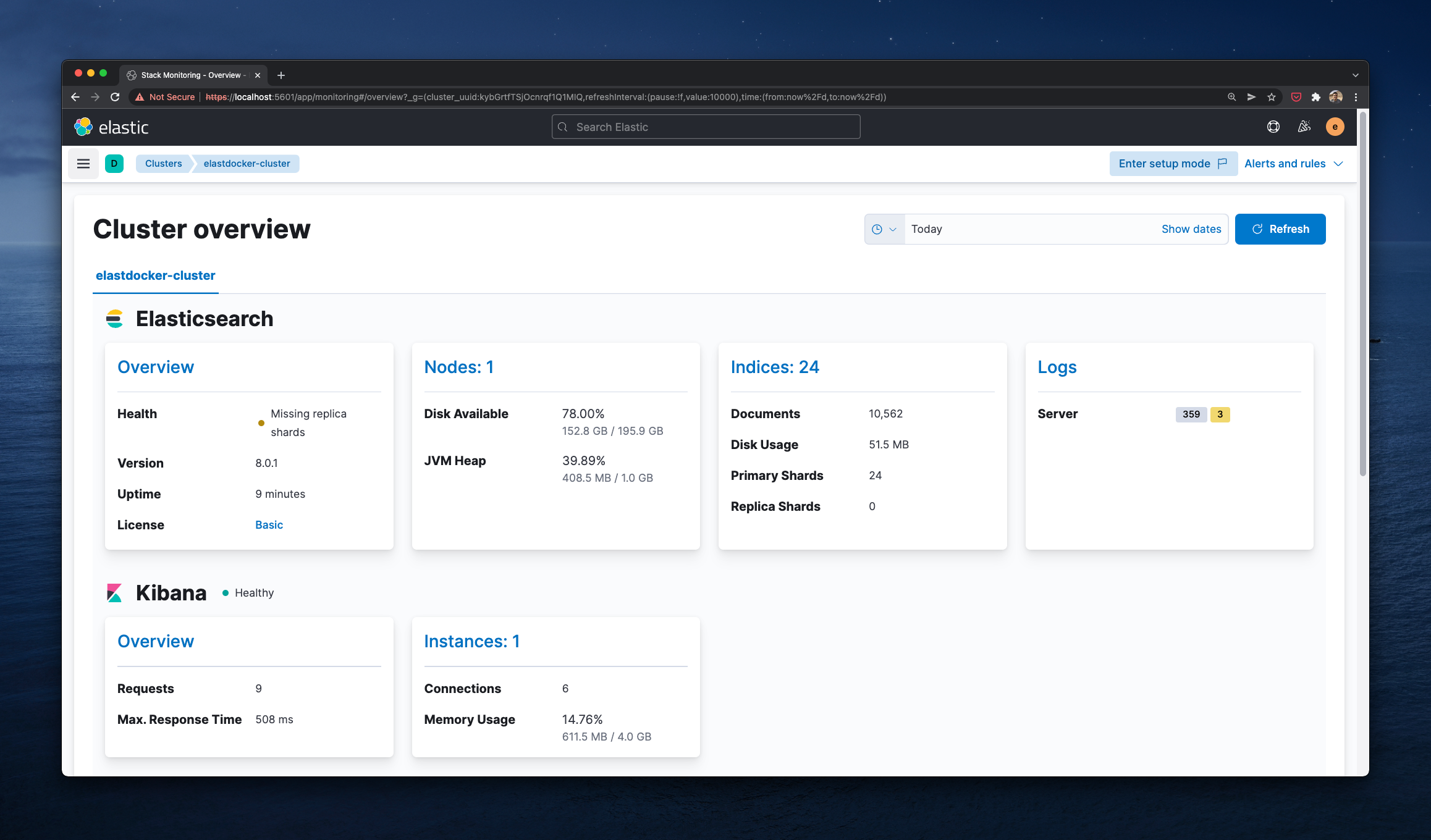 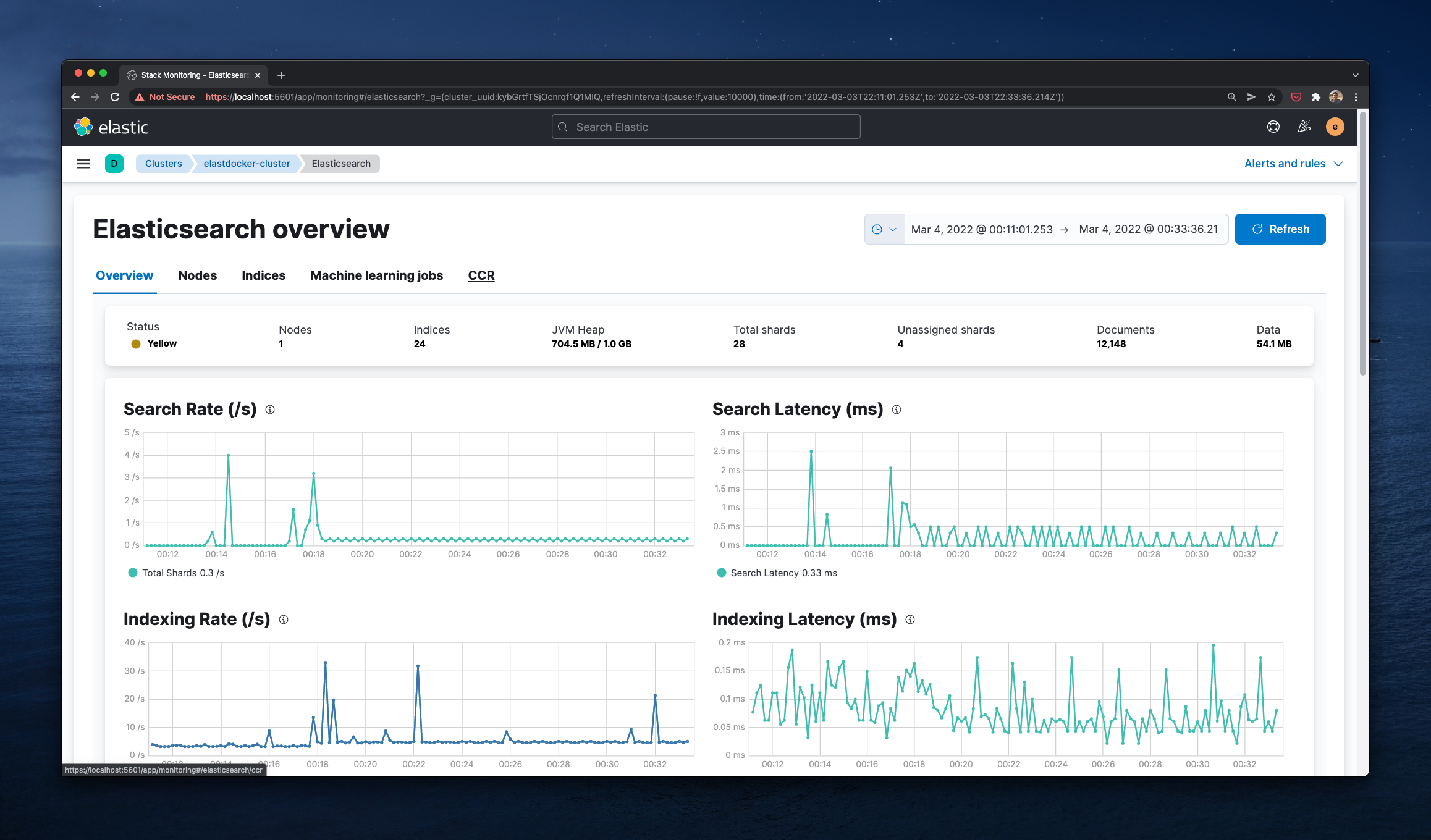 In Production, cluster metrics should be shipped to another dedicated monitoring cluster. 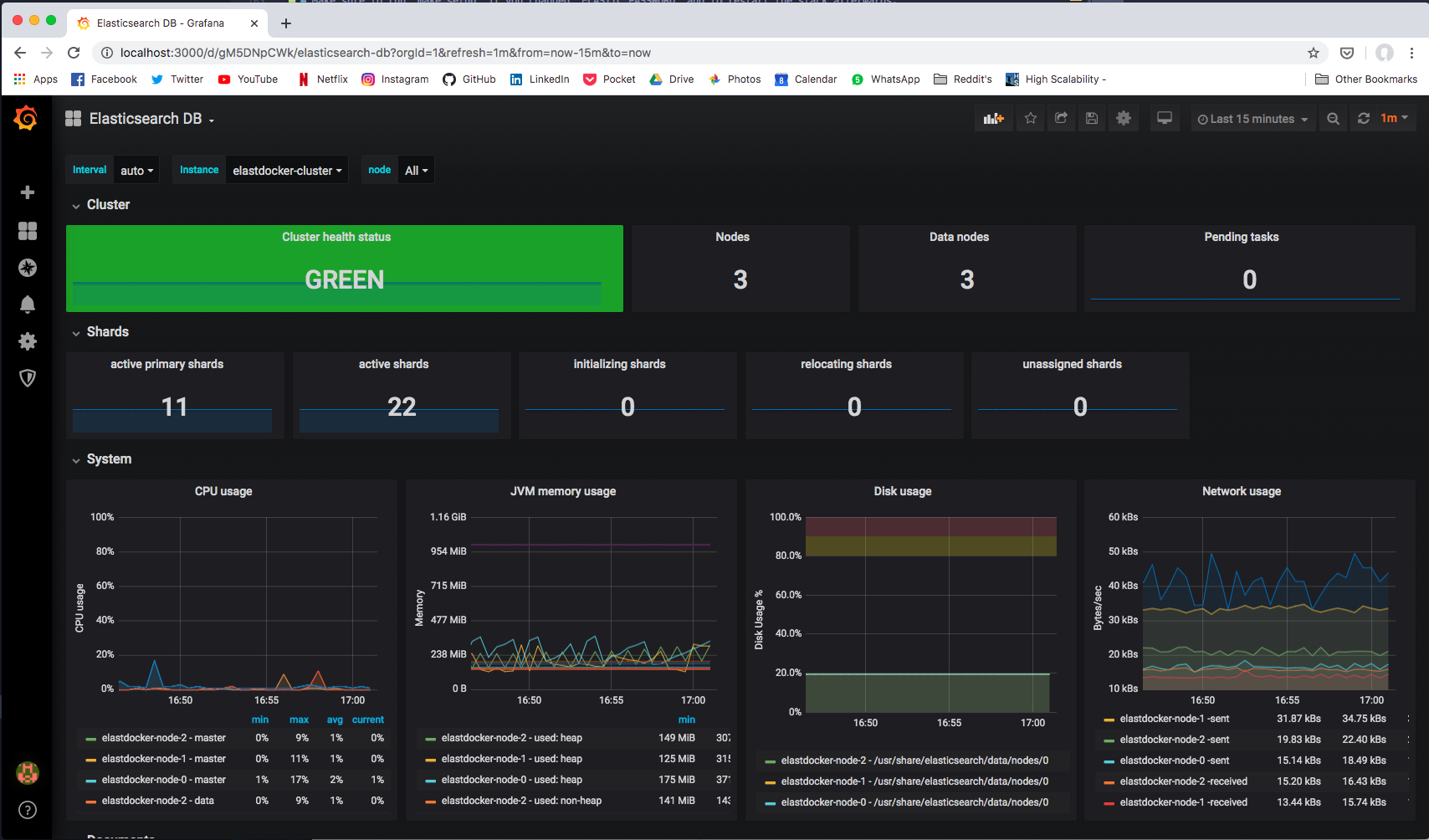 PR(s) are Open and Welcomed.