Operating System development tutorials in Rust on the Raspberry Pi 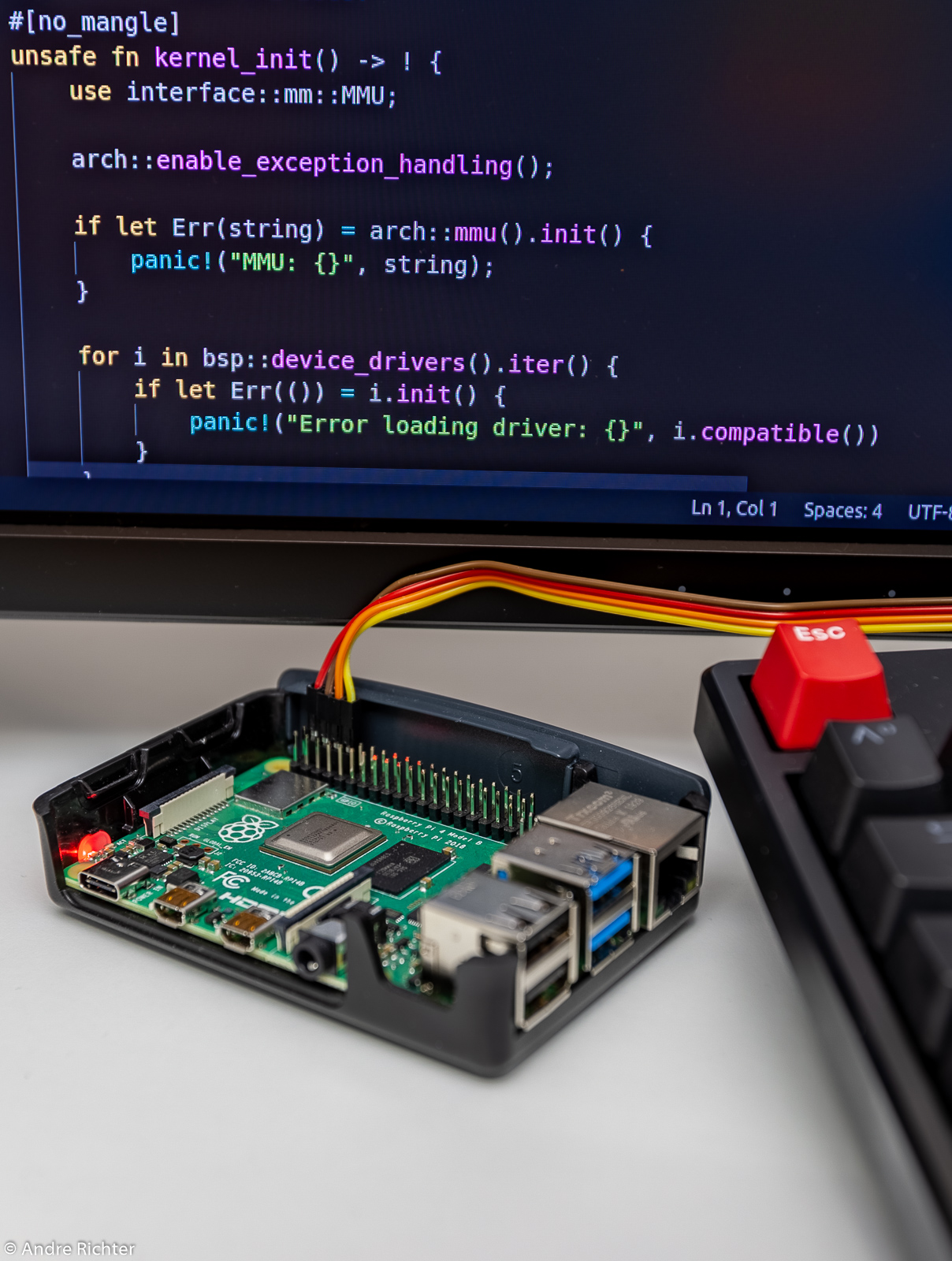 This is a tutorial series for hobby OS developers who are new to ARM's 64 bit ARMv8-A architecture. The tutorials will give a guided, step-by-step tour of how to write a monolithic Operating System kernel for an embedded system from scratch. They cover implementation of common Operating Systems tasks, like writing to the serial console, setting up virtual memory and handling HW exceptions. All while leveraging Rust's unique features to provide for safety and speed.

P.S.: Chinese 🇨🇳 versions of the tutorials were started by @colachg and @readlnh. You can find them as README.CN.md in the respective folders. They are a bit out-of-date at the moment though.

The tutorials are primarily targeted at Linux-based distributions. Most stuff will also work on other Unix flavors such as macOS, but this is only experimental.

This series tries to put a strong focus on user friendliness. Therefore, efforts were made to eliminate the biggest painpoint in embedded development as much as possible: Toolchain hassle.

Rust itself is already helping a lot in that regard, because it has built-in support for cross-compilation. All that we need for cross-compiling from an x86 host to the Raspberry Pi's AArch64 architecture will be automatically installed by rustup. However, besides the Rust compiler, we will use some more tools. Among others:

There is a lot that can go wrong while installing and/or compiling the correct version of each tool on your host machine. For example, your distribution might not provide the latest version that is needed. Or you are missing some hard-to-get dependencies for the compilation of one of these tools.

This is why we will make use of Docker whenever possible. We are providing an accompanying container that has all the needed tools or dependencies pre-installed, and it gets pulled in automagically once it is needed. If you want to know more about Docker and peek at the provided container, please refer to the repository's docker folder.

Since the kernel developed in the tutorials runs on the real hardware, it is highly recommended to get a USB serial cable to get the full experience. 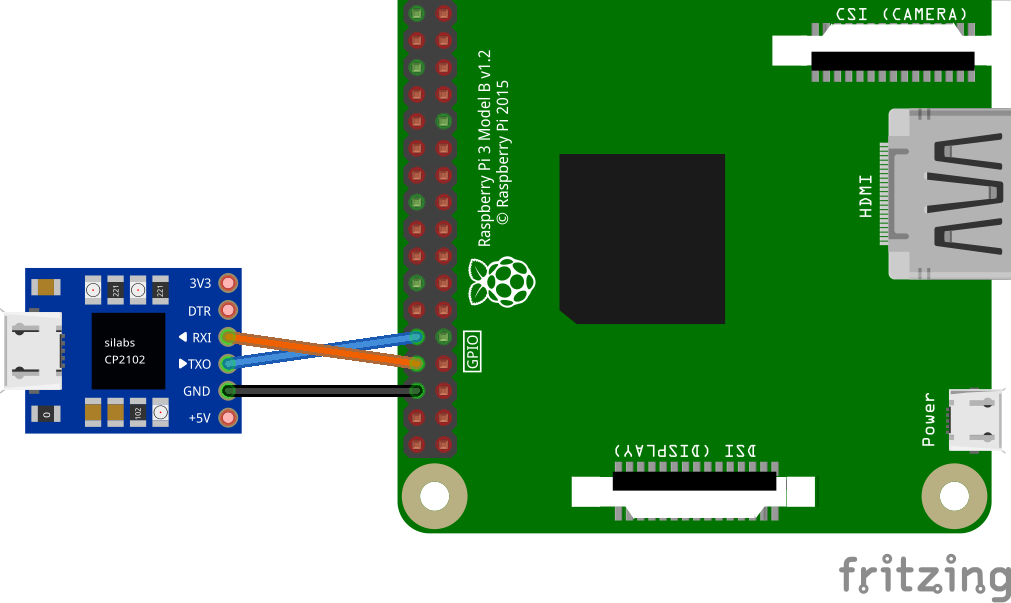 The original version of the tutorials started out as a fork of Zoltan Baldaszti's awesome tutorials on bare metal programming on RPi3 in C. Thanks for giving me a head start!