This is a backdoor project for windows operating systems.

This is a proof-of-concept stealthy backdoor aimed to aid red teams in maintaining control of their targets during the security evaluation process. The project also intends to expose ways to abuse standard features.

VC-LTL is used for linking to msvcrt.dll and greatly reducing executable sizes.

MinGW builds are deprecated. They may work or may be broken. Reason for this is that executables built with MinGW crash when used in some injection techniques. I did not care enough to figure it out.

Modify config.h to suit your needs.

Use vr.py to interact with the backdoor.

vr.py shellcode path/to/shellcode.bin reads shellcode into the script's memory. On its own this is useless therefore combine it with other commands. You may use - instead of path in order to read shellcode from stdin.

The shellcode will be delivered to the target by sending it as ICMP-PING packet payload. 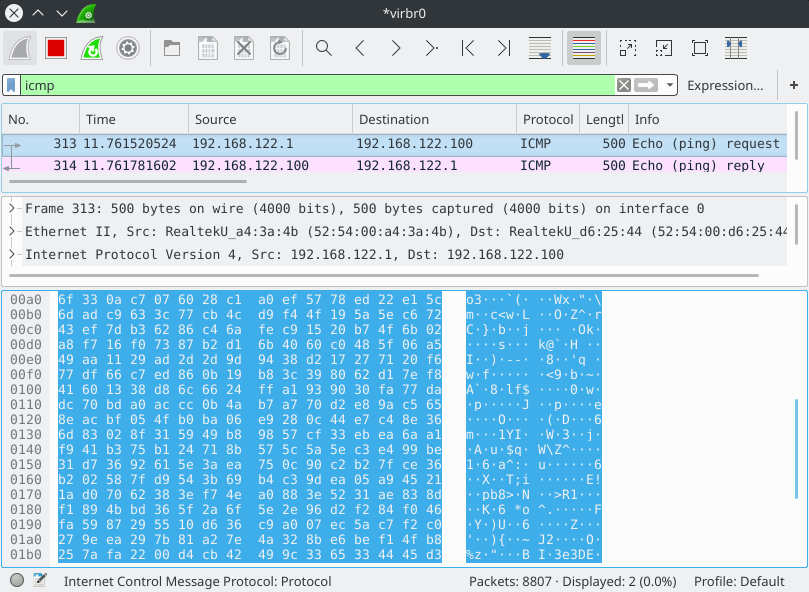 Content of the packet appears to be random. The only give-away that something is up is a rather big packet size, although it is possible to customized packet size using ping utility or specify custom payload (Linux).

msfvenom <...> | vr.py shellcode - -- png path/to/image.png reads a shellcode from stdin and encodes into specified image.png. This image must exist and it must be in RGB format (no alpha). Resulting image should be uploaded to https://imgur.com/ and tagged with one or more tags while one of the tags must be one that is specified in config.h.

The shellcode will be encoded into a specified image by altering the last two bits of each color component in the target image. 1 byte needs 4 color components to be encoded and thus requires 1.(3) pixels. Encoded images are indistinguishable from original to the naked eye. Backdoor queries imgur API for listing images tagged with a configured tag. Every new image is downloaded and inspected for encoded payload. 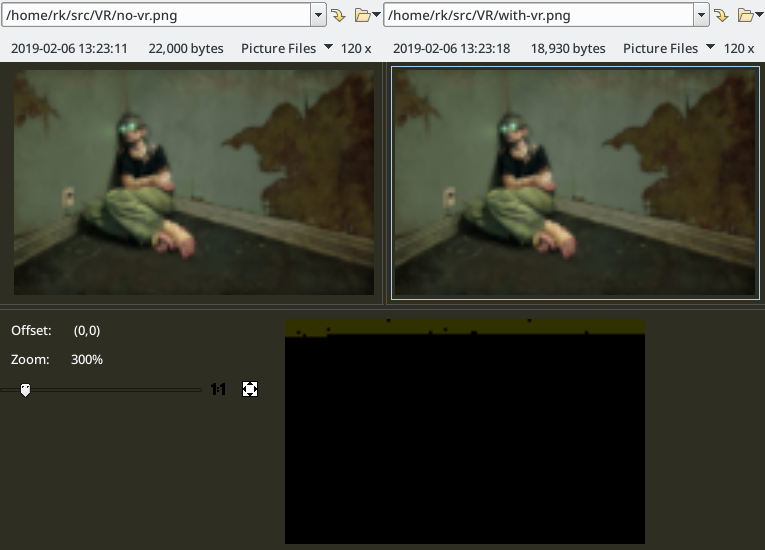 Left - original image. Right - image with the encoded payload. Bottom - difference mask. 120x75 image was used. As you can see only a tiny portion of the pretty small image is used to encode 449 bytes payload.

This is a technique meant to backdoor a machine that:

gts.dll payload is meant to be injected to process of service that listens on public interface. This payload hooks WSAAccept() function and allows creating meterpreter session through the listening socket of already existing service while still allowing normal traffic to flow as if nothing has happened.

When new connection is being made payload does the following:

Keylogger module works by injecting a dll to a process that runs in user's session. It is injected into explorer.exe by default. Only one injection per user session will be active. Keylogger monitors user's keystrokes and clipboard and writes contents into file C:\Windows\Temp\????????-????-????-????-????????????.N where ? is [A-F0-9] and N is a number (starting from 0). This file is a zip archive with first two bytes zeroed out. In order to access logs user should download a file and restore first two bytes which are PK. Removing file will cause keylogger to create a new archive next time any logs are available. Keylogger thread exits and frees it's memory if main backdoor terminates.

Payload is always obfuscated using the RC4 algorithm. As you probably have guessed replay attacks are a thing against this backdoor. Also, backdoor may be controlled by a rival blue team if they have reverse-engineered sample and recovered RC4 key. Utmost security is not the point of this project. If the blue team is on to the backdoor - nothing will save it anyway.

Q: Why this name? This has nothing to do with virtual reality.

A: Nothing at all. And no reason really. Naming is hard.