Welcome to the ButeSniffing_Ficher, a multiplatform python hacking tool in a menu style.

Launch the program by the command line by

depending on your python installation you may need to specify the python version.

For example for a 3.6 version:

It allows you do to:

The program has been developed using python3.6. However no issue should occur with older 3. versions.

Automatically checks for the presence of the required libraries and installs them if you consent it. If you don't consent it, it shows you the command to perform the installation of the libraries. The libraries to install are read from the Setup/requirements.txt file.

You can add more menus by updating the file Setup/menus.txt - RESPECT THE FORMAT!!

You can add the corresponding features by updating the modules/Attack directory adding the file with the corresposiding non-spaced name and the non-spaced uppersized first letter class name.

Add "Exploit Name" in the Setup/menu.txt file, create the exploitName.py file in the modules/Attack directory and implement the ExplotName class containing a run() method.

Proxychains and Tor are supported for Linux platforms. Edit the settings in the Setup/setup.py file 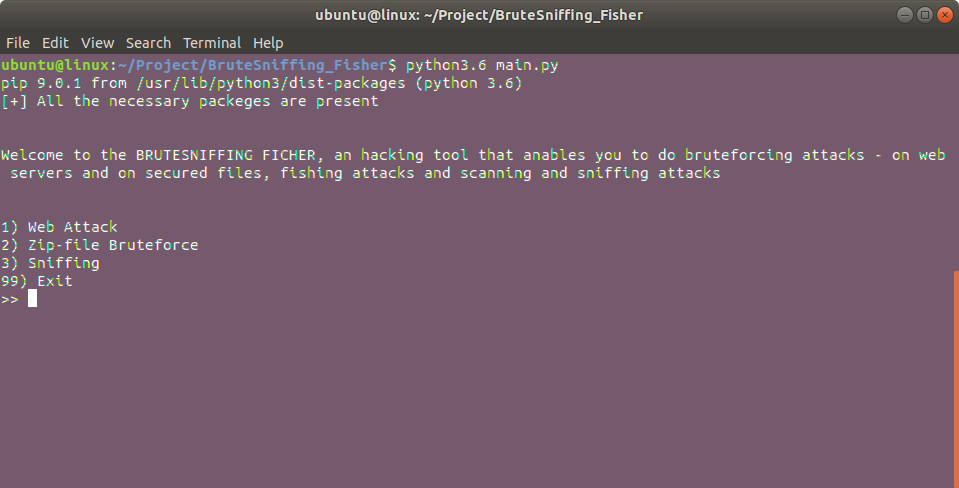 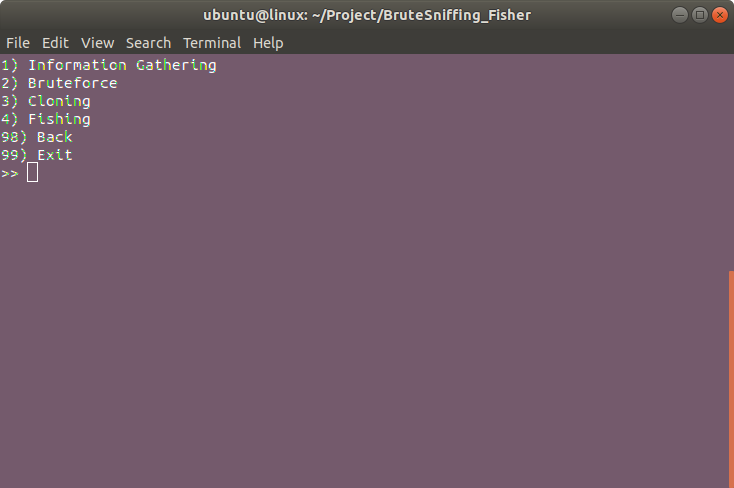