So you'd like to learn about Kafka but you aren't sure where to start? kafka-simulator is meant to provide an easy-to-use Kafka simulation environment to get you creating messages to partitions in no-time!

There are many moving parts with a Kafka cluster, which creates high barriers of entry. We wanted to develop a solution to fix this problem. With kafka-simulator, you can get a Kafka simulation environment up and running very quickly with little to no configuration required.

NOTE: This project depends on Docker. For information on installing Docker, please visit this page.

There are a few pieces to kafka-simulator to be aware of.

First, we're using the spotify/kafka Docker image for Kafka and Zookeeper, referenced in the diagram below. The nice thing about this image is that it includes Kafka and Zookeeper together pre-configured. When you first run the npm run simulate command, this will download the image from dockerhub.com.

Now that we have Kafka and Zookeeper ready to go, we'll need a way to have a producer create a message to send to Kafka. This is where kafka-simulator comes in. Out-of-box, kafka-simulator is configured for 2 streams, a Bitcoin transactions stream, and a Yelp dataset stream that is generated by parsing a local dataset.

With both methods, kafka-simulator uses a stream and a producer to create messages that are sent to the Kafka cluster. 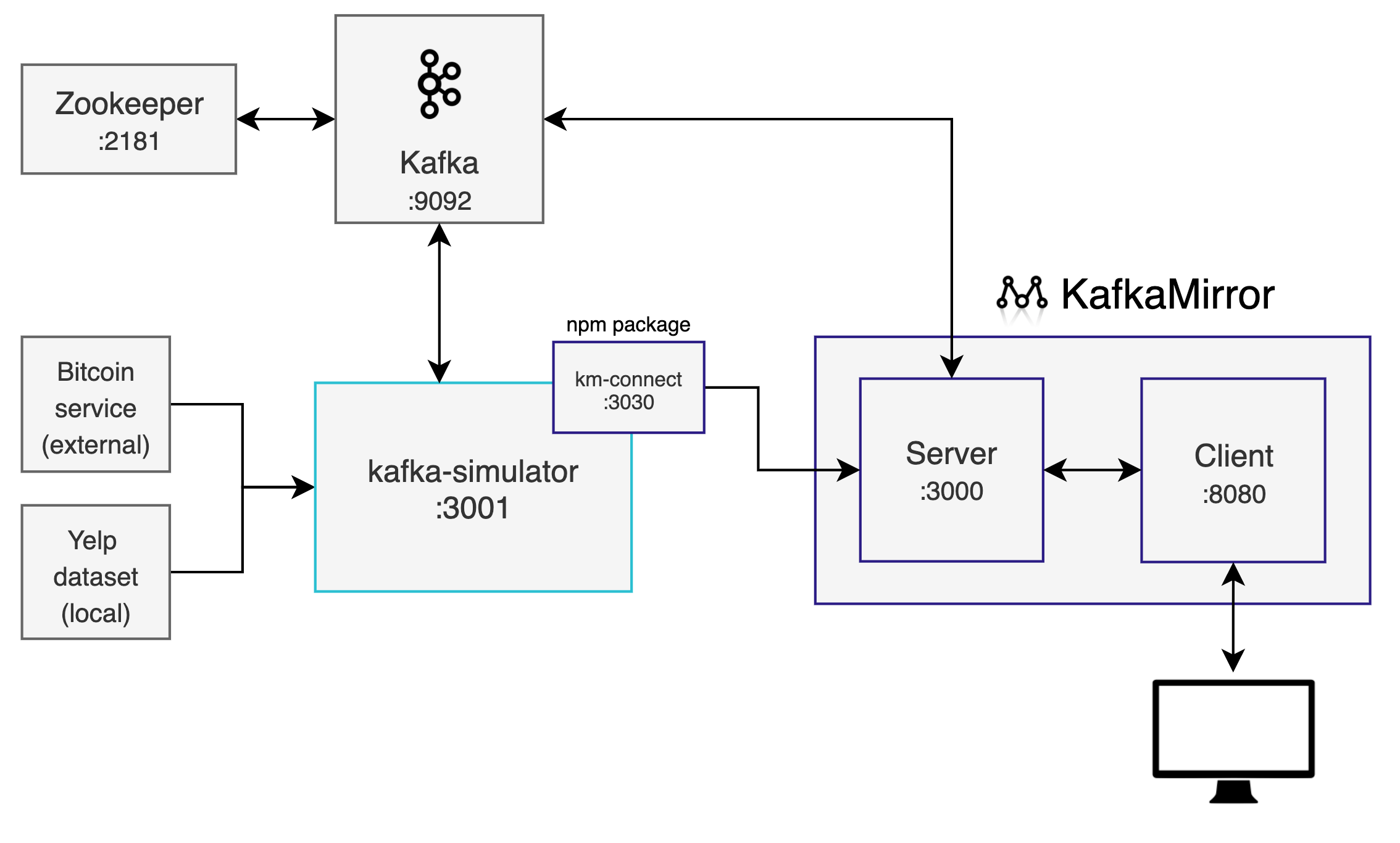 There are two ways to simulate Kafka traffic with kafka-simulator. The following guides will walk you through starting the Bitcoin transactions, or the Yelp dataset guide.

To start this simulator, run npm run bitcoin (Kafka and Zookeeper must be running).

To start this simulator, run npm run yelp (Kafka and Zookeeper must be running).

To see the Kafka traffic, we recommend using KafkaMirror or a desktop tool like Kafka Tool.