Echoes is a great youtube player developed by Oren Farhi. It's fun & easy to listen or watch videos from youtube with Echoes. What if youtube was designed to be used as music player? This repository is an implementation of Echoes Player with Angular (2nd genration)- It's still a work in progress aimed at learning and experimenting Angular (2nd generation).

Echoes Player is also available as a Chrome Application

It can be regarded as the Media Player experience for youtube listening pleasure. 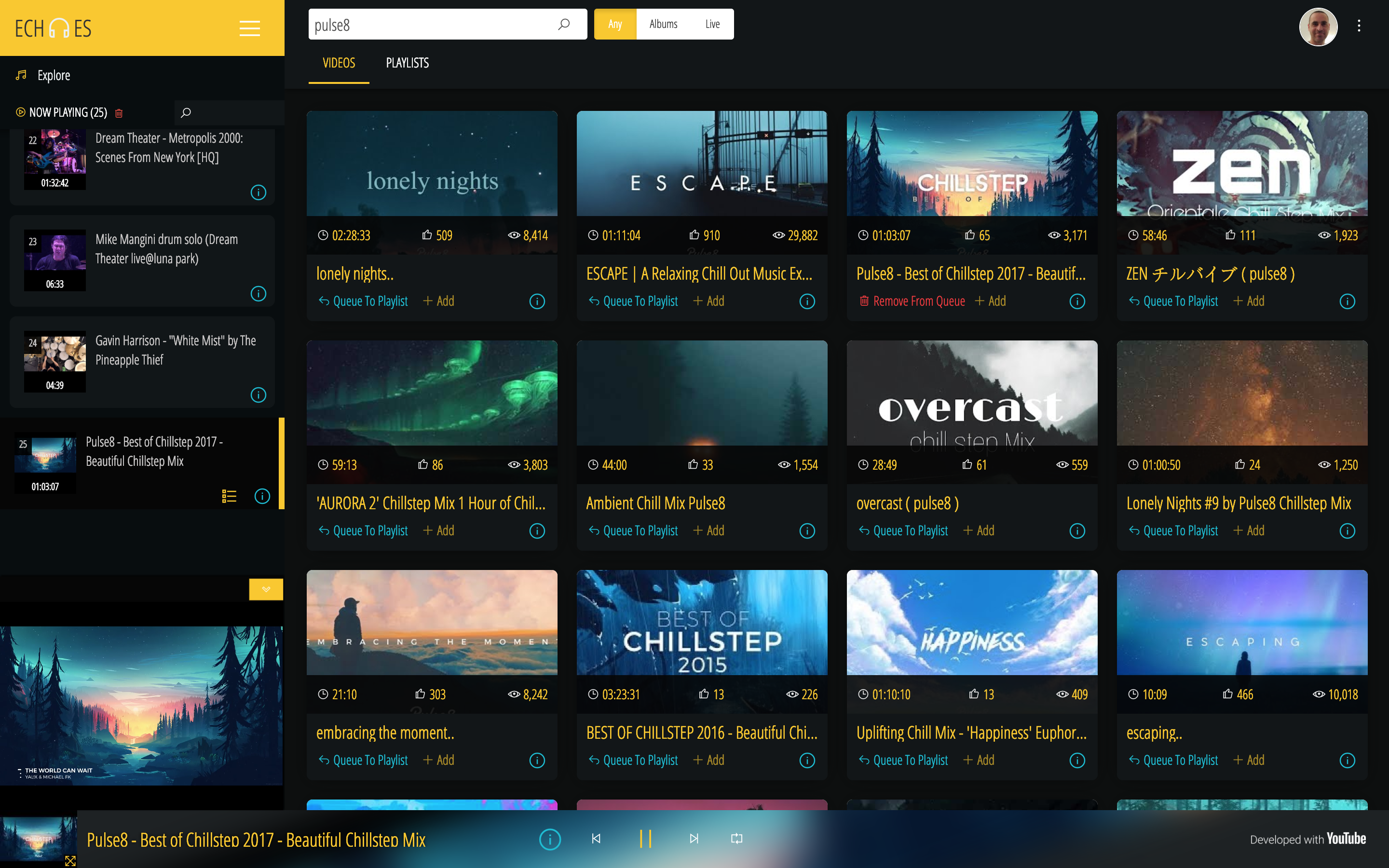 I'm a Senior Javascript Engineer & A Front End Consultant. My services include:

This project was generated with Angular CLI

Run npm start for a dev server. Navigate to http://localhost:4200/. The app will automatically reload if you change any of the source files.

Run npm run build to build the project. The build artifacts will be stored in the dist/ directory. Use the -prod flag for a production build.

Run npm run build:prod to build the project minified for production with AOT.

Echoes use environment variables to integrate Google Analytics, youtube data api key and youtube client id for authorization. These defiend as template variables, and are replaced after a successfull build with build-env.js.

The key is the project ID usually can be retreived from the analytics Admin interface. it exist as part of the "script" to paste in your html file.

Run npm run e2e to execute the end-to-end tests via Protractor. Before running the tests make sure you are serving the app via ng serve.