When it comes to building a classification algorithm, analysts have a broad range of open source options to choose from. However, for time series classification, there are less out-of-the box solutions.

The following IPython notebook evaluates the KNN and DTW classifer by using it to classify human activities (sitting, walking, lying) when given timeseries data from a smart phones gyroscope and accelerometer (HAR dataset). 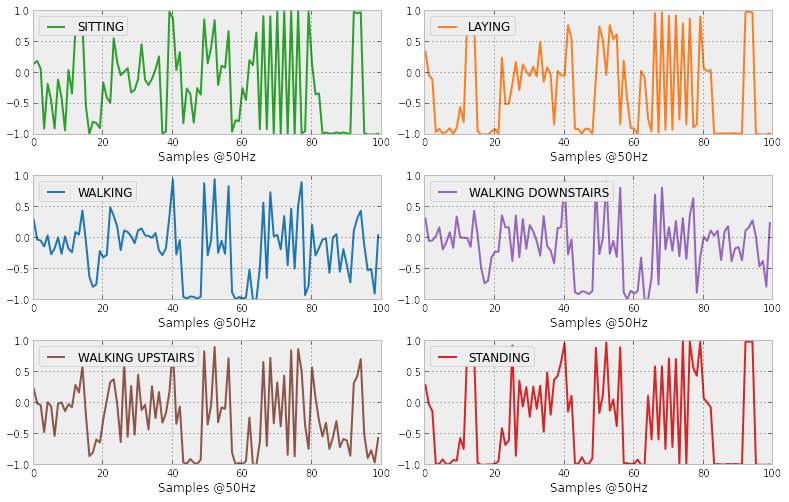 The experiments were carried out with a group of 30 volunteers within an age bracket of 19-48 years. Each person performed six activities (walking, walking upstairs, walking downstairs, sitting, standing and laying) wearing a smartphone (Samsung Galaxy S II) on the waist. Using its embedded accelerometer and gyroscope, we captured 3-axial linear acceleration and 3-axial angular velocity at a constant rate of 50Hz. The experiments have been video-recorded to label the data manually.