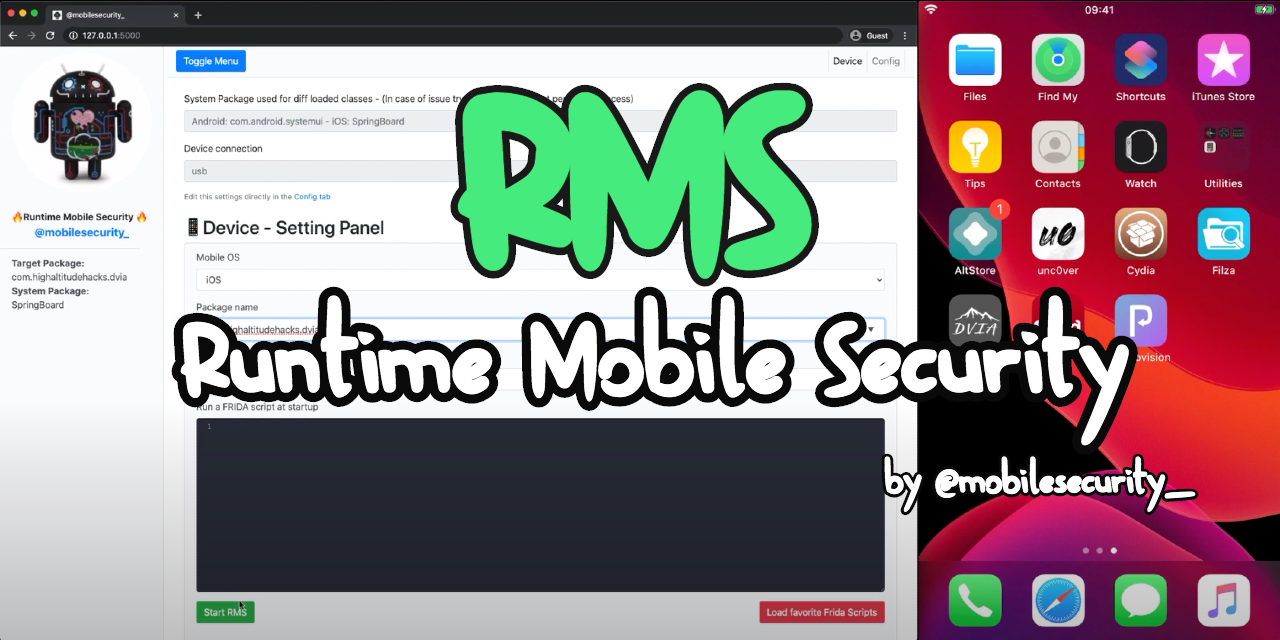 Runtime Mobile Security (RMS), powered by FRIDA, is a powerful web interface that helps you to manipulate Android and iOS Apps at Runtime.

With RMS you can easily dump all loaded classes and relative methods, hook everything on the fly, trace methods args and return value, load custom scripts and many other useful stuff. 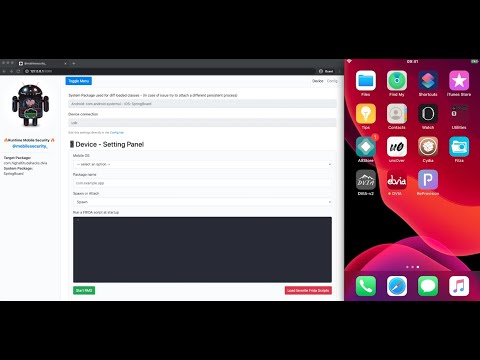 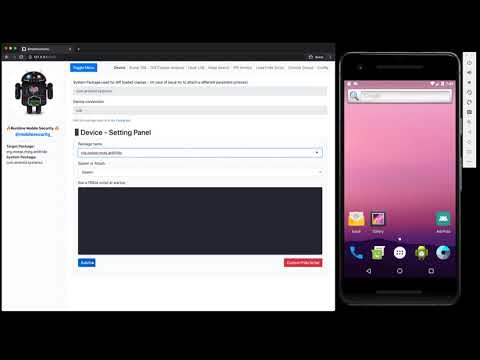 As suggested by the official FRIDA doc, please perform a quick smoke-test to make sure FRIDA is working properly on your test device.

By running the frida-ps -U command from your desktop, you should receive the list of the processes running on your connected mobile device.

Some cool projects that can help you to auto install, update and run FRIDA on Android devices are:

They are not needed on iOS devices, since FRIDA starts just after the boot of the device (jailbreak mode).

It has been tested on MacOS and with the following devices:

It should also work well on Windows and Linux but some minor adjustments may be needed.

1. Run your favorite app by simply inserting its package name

NOTE RMS attachs a persistence process called com.android.systemui on Android and SpringBoard on iOS devices to get the list of all the classes that are already loaded in memory before the launch of the target app. If you have an issue with them, try to find a different default package that works well on your device. You can set another default package via the Config Tab or by simply editing the /config/config.json file.

2. Check which Classes and Methods have been loaded in memory

3. Hook on the fly Classes/Methods and trace their args and return values

4. Search instances of a specific class on the Heap and call its methods

5. Select a Class and generate on the fly an Hook template for all its methods

6. Easily detect new classes that have been loaded in memory

7. Inject your favorite FRIDA CUSTOM SCRIPTS on the fly

Just add your .js files inside the custom_script folder and they will be automatically loaded by the web interface ready to be executed.

via the API Monitor TAB you can easily monitor tons of Android APIs organized in 20 different Categories. Support can be easily extended by adding more classes/methods to the /config/api_monitor.json file. 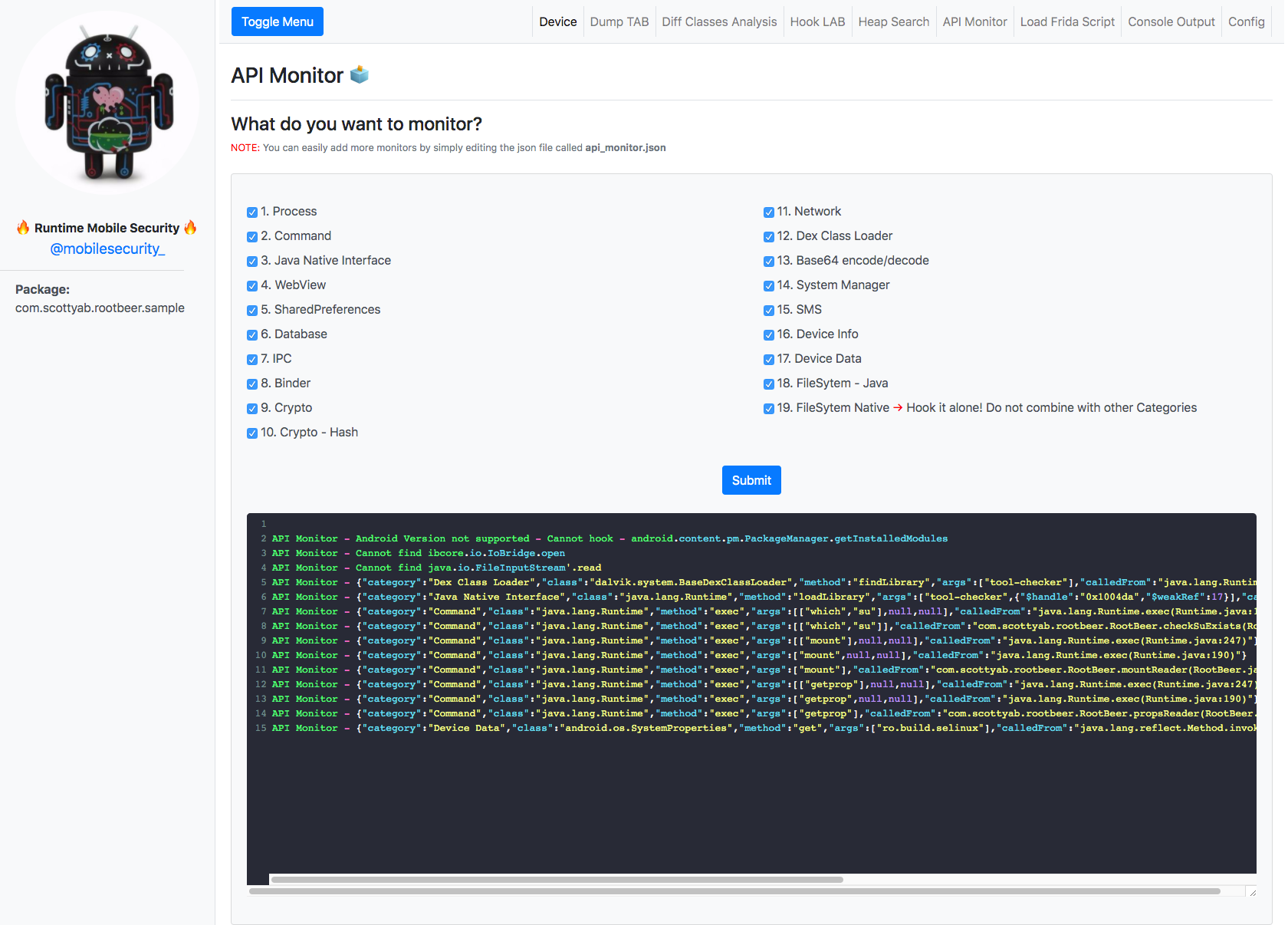 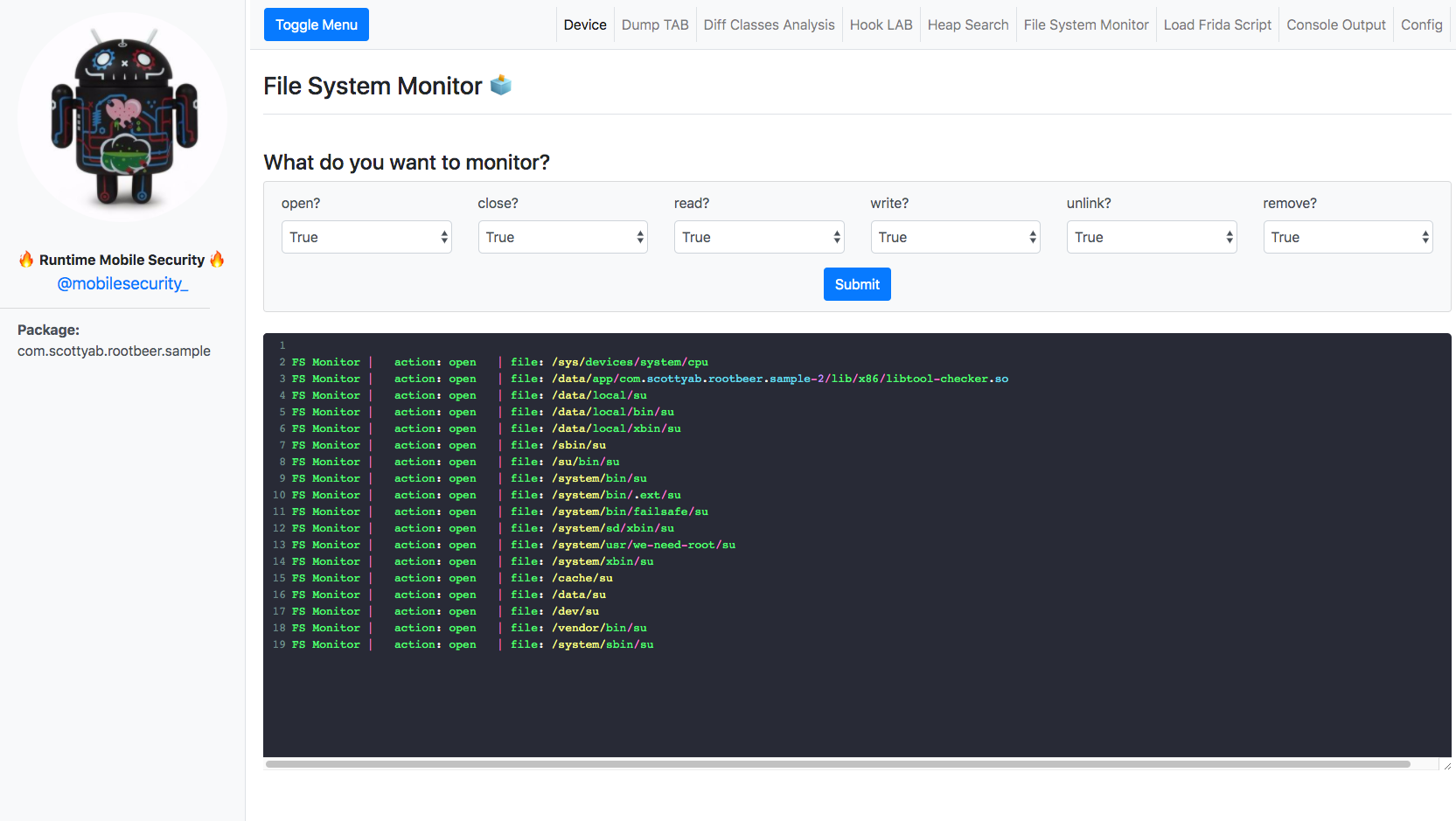 Inject the FRIDA script to load the amazing Stetho.

Stetho is a sophisticated debug bridge for Android applications. When enabled, developers have access to the Chrome Developer Tools feature natively part of the Chrome desktop browser. Developers can also choose to enable the optional dumpapp tool which offers a powerful command-line interface to application internals.

A simple File Manager has been implemented to help you exploring app's private folders and files. This feature is still in BETA. 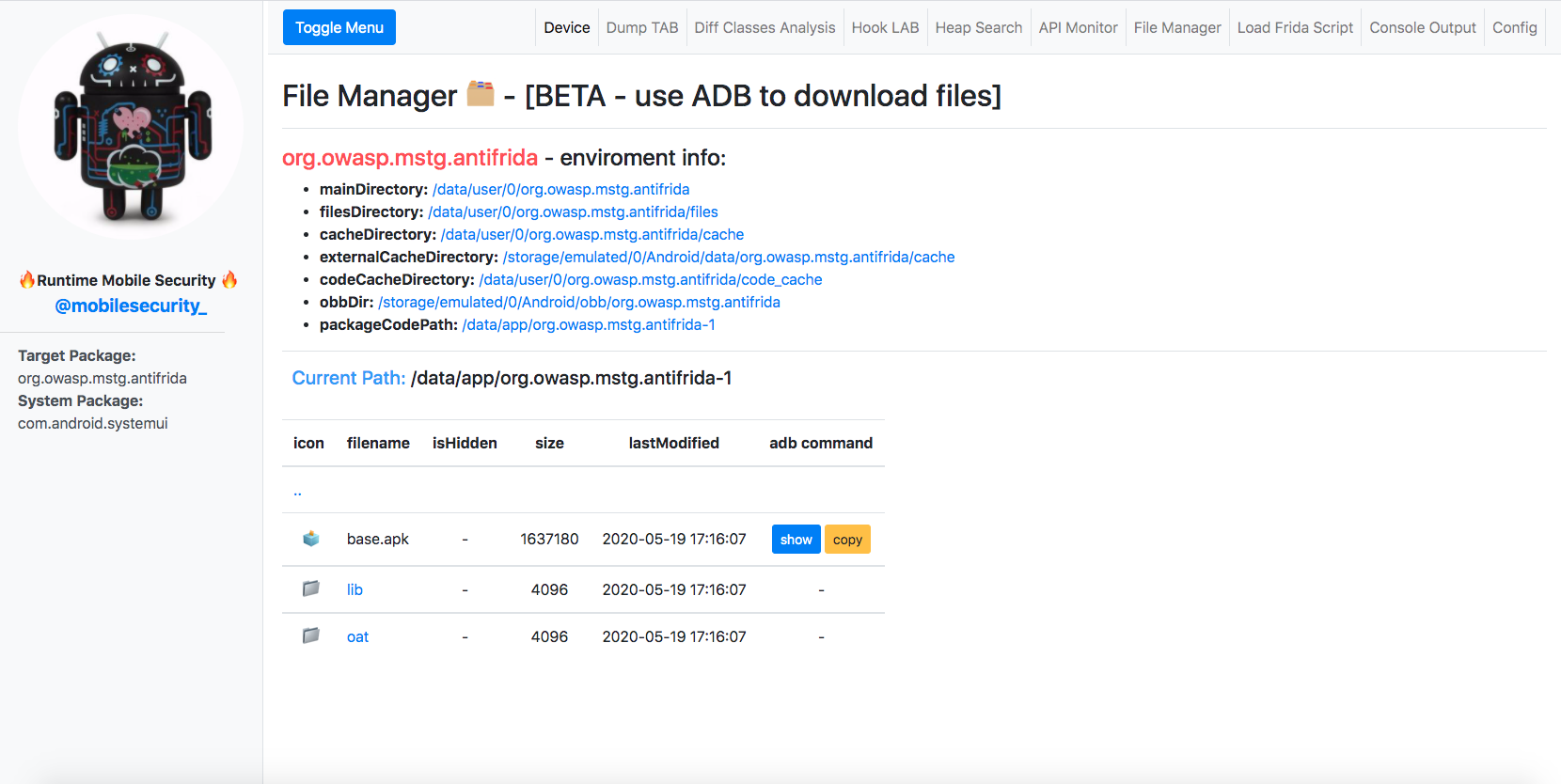 Special thanks to the following Open Source projects for the inspiration:

RMS is licensed under a GNU General Public v3 License.