Get statistics and locations of bicycle stations.

The goal of this REST API is to ease customer's usage of large-scale public bicycle sharing system.
By collecting data from different providers (Bicing, Velib, ...) it gives powerful information (location to pick or return a bike, best time for picking up a bike, ...).
Here is an example of a user interface project calling the API /lechatquidanse/bicing-user-interface-app

To install and run the API you need Docker Compose and... that's all. Please follow the official documentation to install it on your environment.

Clone the project and run the default installation:

Your docker containers should have been successfully built and run.

Multiple features are proposed across 2 user interfaces, a REST API and command-line commands:

You can find the concrete user stories written in Gherkin in features folder. These behaviour requirements are tested with Behat.

To run the project once installed:

Commands are handled by a message bus (SimpleBus) where a command is link to one handler.
For example, to create a station in database: 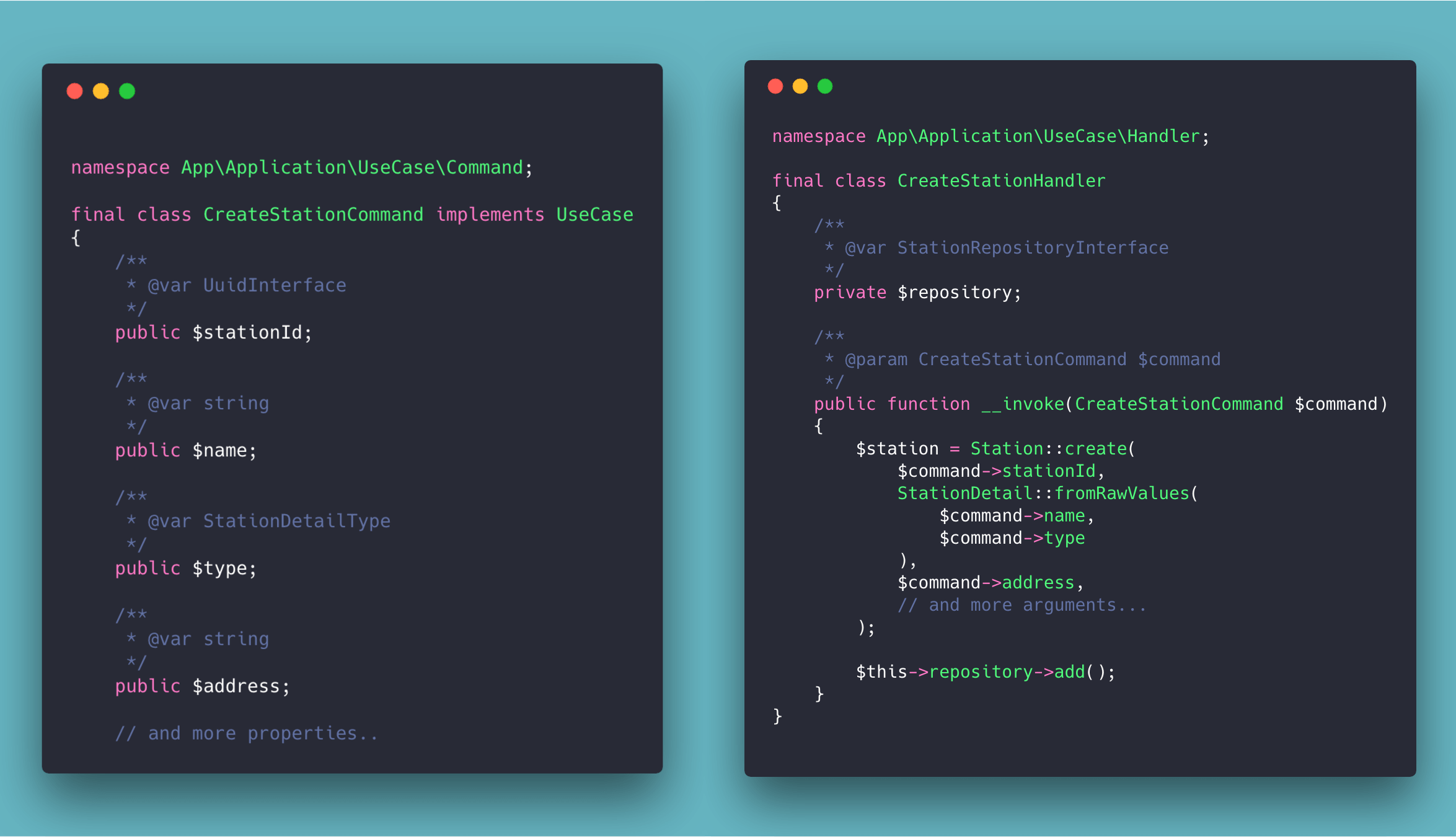 If you want to learn more and look for other DDD and CQRS implementation, here is a great Symfony4 boilerplate from jorge07.

CI and deployment can be handled through Gitlab and Docker thanks to .gitlab-ci.yml It contains 3 different stages.

Environment 'test' is triggered when a 'feature/*' branch is pushed to the repository. It will then install project and launch qa tools.

Environment 'build' is triggered when a 'release/*' branch is pushed to the repository. It will then install project, launch qa tools and then build and push a docker image on a registry if no error occurred.

This manual action, will pull the image build by the previous step and update the specific container.