This is an extensive C++ library for data visualization, plotting and charting for Qt (>= 5.0, tested with Qt up to 6.3). It is feature-rich but self-contained and only depends on the Qt framework.

This software is licensed under the term of the GNU Lesser General Public License 2.1 (LGPL 2.1) or above.

A Documentation (auto-)generated with doxygen from the trunk source code can be found here: http://jkriege2.github.io/JKQTPlotter/index.html

There are also some subpage of general intetest:

There is a large set of usage examples (with explanations for each) and tutorials in the folder ./examples/. All test-projects are Qt-projects that use qmake to build. You can load them into QtCreator easily.

The Screenshots-page contains several screenshots, partly taken from the provided examples, but also from other software using this libarary (e.g. QuickFit 3.0) 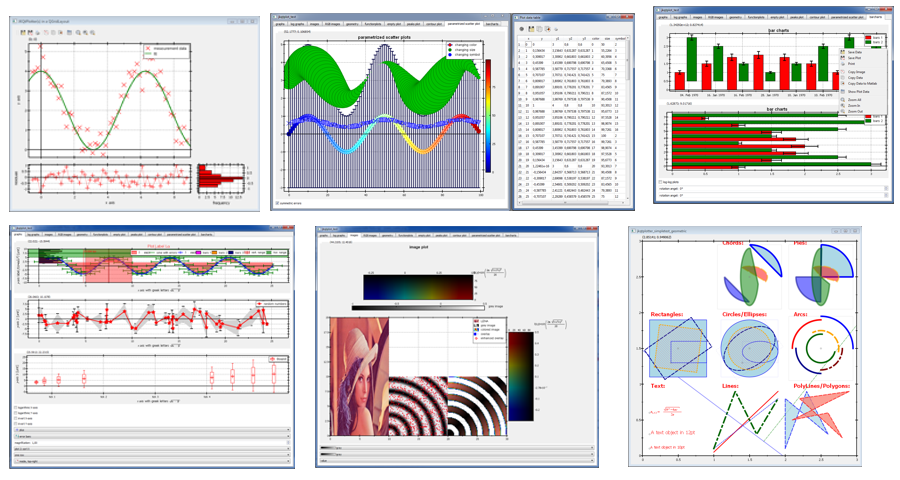 JKQTPlotter contains two different build systems: A modern CMake-based build and an older (and deprecated!) QMake-based build (which works out of the box with Qt 5.x and QT 6.x). Both systems are explained in detail in http://jkriege2.github.io/JKQtPlotter/page_buildinstructions.html.

With CMake you can easily build JKQTPlotter and all its examples, by calling something like: